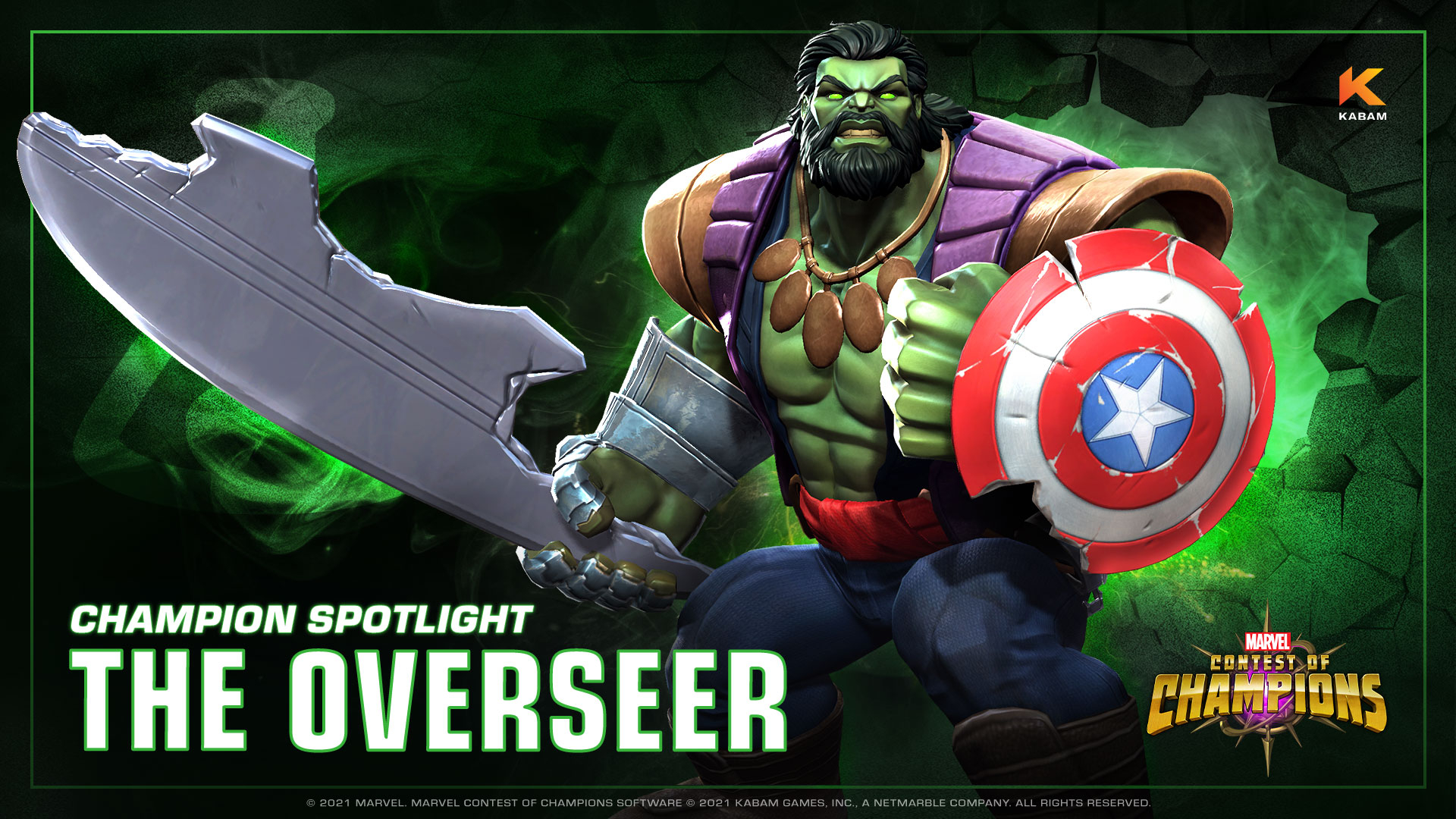 About The Overseer
A younger version of Maestro from an alternate reality that is equal in every way, except he still maintains his sanity. The Overseer has just started his conquering career and while he isn’t villainous, he’s not quite noble either. He uses Captain America's shield for defense, and the Silver Surfer board as a giant cleaver, but his most powerful weapon is a copy of the Infinity Gauntlet that holds the Cosmic Cube, which he uses to travel across the Battlerealm looking for conquest.

The Overseer gains Gamma Power every time the Opponent gains a bar of Power, increasing his Attack Power and potency of some of his Debuffs. When he reaches three stacks of Gamma Power he can activate the Cosmic Cube by launching a Special Attack, which grants him some cosmic abilities. While normally an Opponent with lots of power is a big threat, the Overseer has a reliable access to Taunt which gives him a good level of control over the Opponent’s power level.


Always Active: Gamma Power Developer’s Note: The Overseer benefits when the Opponent has Power Gain, since it speeds up the rate in which he gains Gamma Power.

Cosmic Mode Developer’s Note: One of the most efficient ways to use Cosmic Mode is to wait for the Opponent to reach zero power, then use your own Special Attack to activate Cosmic Mode and then quickly push them over a Bar of Power in order to trigger the Fury Buff.