If You Have Ever Wondered About MCOC's Damage Cap:

I saw this post yesterday and was like, wait a second, I've seen that number before. Today Beroman posted a video about the universal MCOC damage cap. 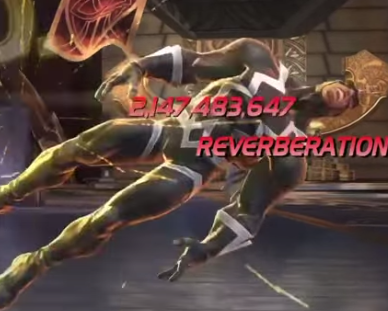 Same number. That prompted me to do a bit of research, and as the screenshot suggests, 2 147 483 647 is the largest 32 bit (4 byte) integer in a lot of different coding programs. It is the highest number that can be displayed. There are exceptions if someone is hacking or if using a newer, different program that can display ridiculous numbers. This is also why when I played Harry Potter years 5-7 on my Nintendo 3DS XL I turned on all the multipliers but was never able to get more than 2.147 billion studs.

Nervously twiddling my thumbs, waiting to see if DNA3000 has something, or a lot of things, to add...
34