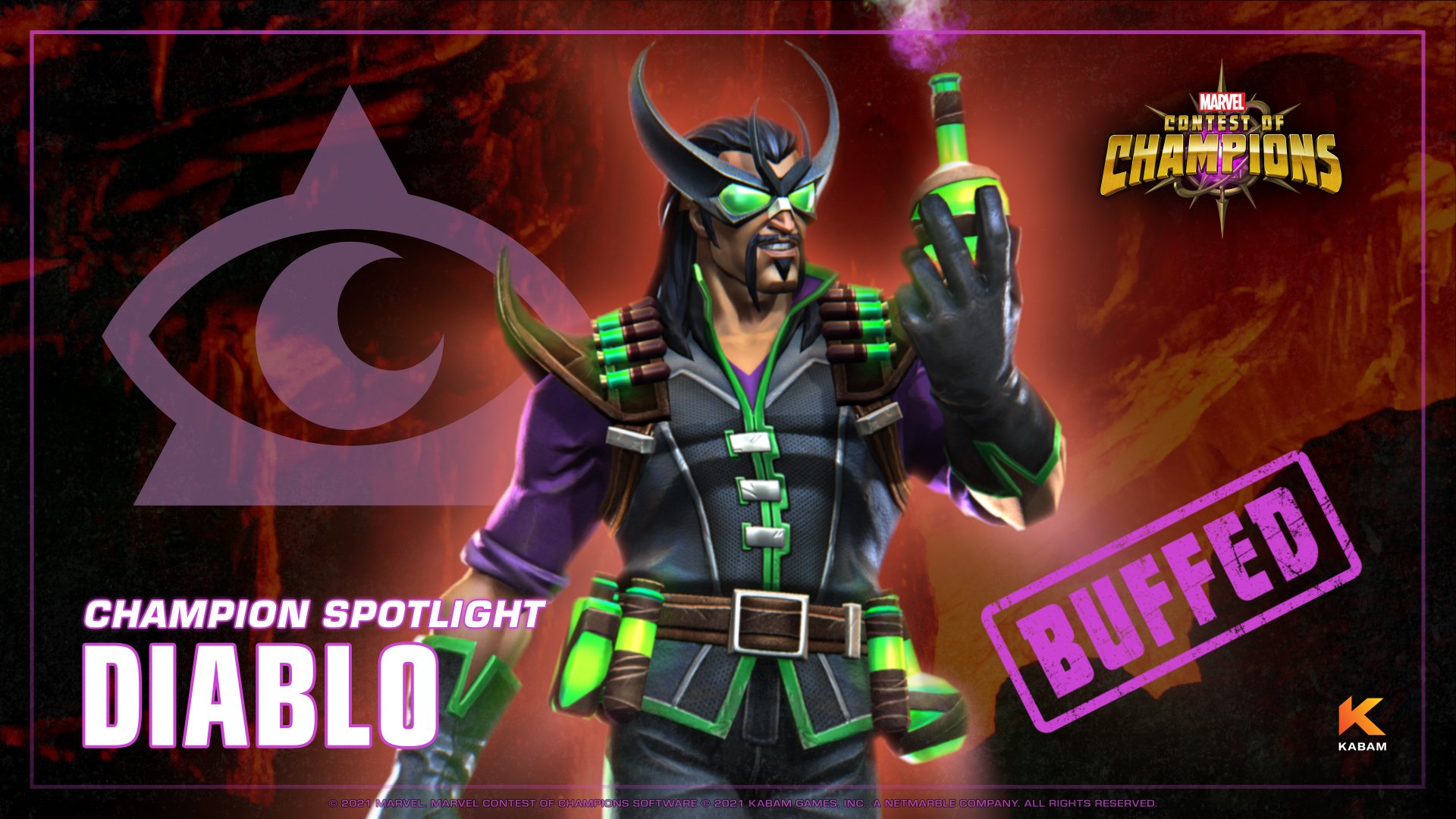 About Diablo
An unrivaled alchemist and a member of Spanish nobility, Esteban Corazon de Ablo uses his arcane concoctions to lengthen his life, incinerate his foes and more. Driven by an unending desire to become as powerful as a god, Diablo now finds himself in The Contest hoping to secure the ISO-Sphere for his continued experimentation. Ambition pushes the Spanish nobleman to acquire power at all costs, and very few heroes can, or will, stand in his way.

The King of potions has returned to The Contest with a fresh face! Using his Special 2 and Special 1, combined with Medium 2 and Heavy Attack, stack as many Poisons as you can on the opponent for some massive damage over time! His brand new Pre-fights give Diablo pin-point precision on what kind of utility he needs at the drop of a hat!