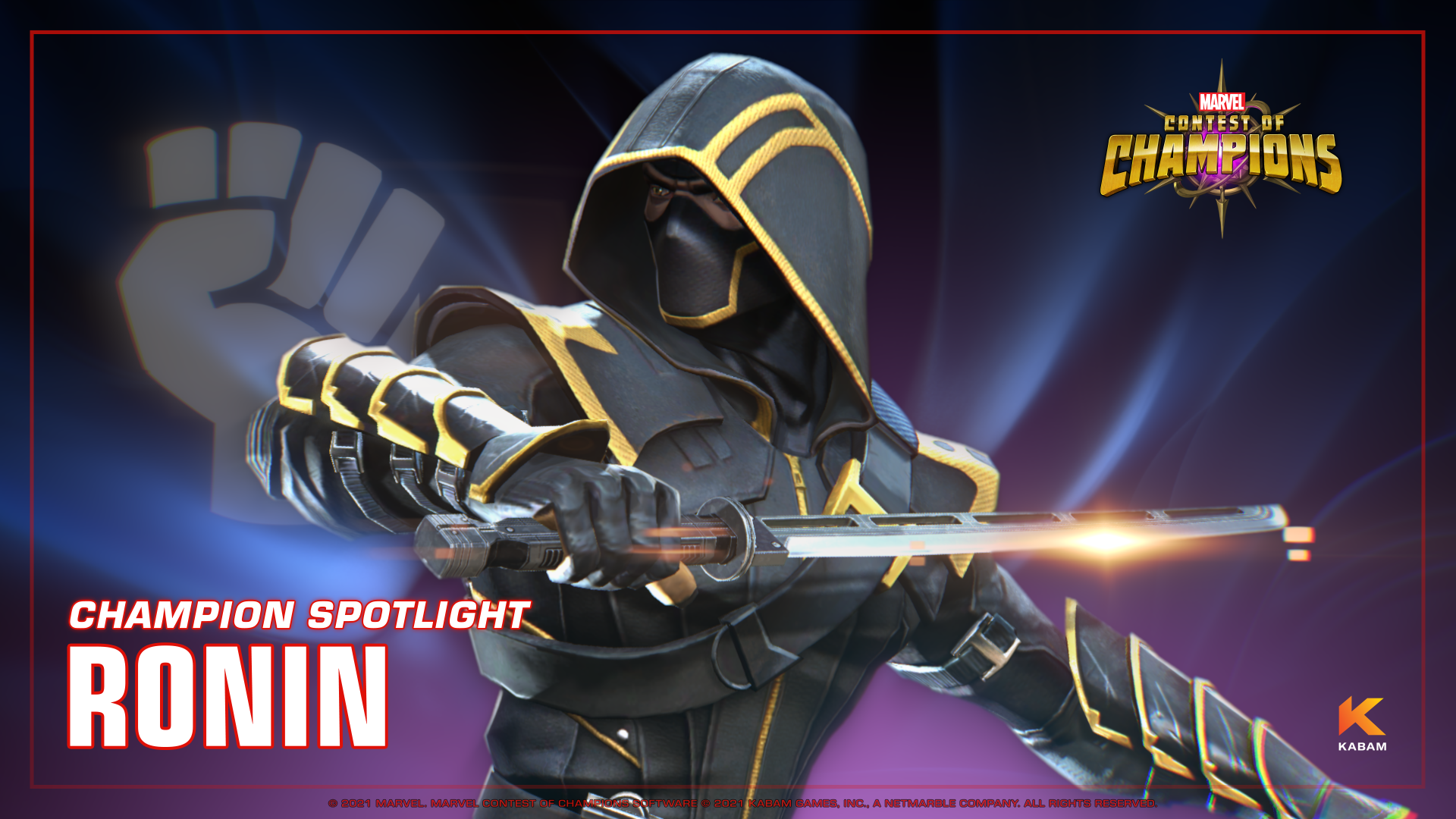 About Ronin
Following the events of Avengers: Infinity War, Clint Barton is drawn out of retirement to don a new alter ego, Ronin — A lawless assassin with a piercing sword and incredible fighting skills who mercilessly brings criminals to justice around the world.

Ronin is an offensive damage dealer who specializes in Bleeds and Critical Hits. He also has access to three unique Stances that allow him to quickly switch combat abilities in the heat of battle. Each Stance provides Ronin with either improved Blocking, Offensive Utility, or bonus Bleed Damage. Ronin gains bonus Critical Damage when moving through each of the Stances and will be able to strategically Evade enemy attacks when he is at his deadliest.

Apply Bleed Debuffs by striking into your opponents. Prepare Ronin’s stances, and build up his Cruelty effects for a massive Attack and Critical Rating boost! Expertly Evade your opponent’s strikes to gain even more Attack Rating and strike when the time is right.


Always Active: Developer’s Note: Champions who force their opponents to Miss or rely on Evades will increase Ronin’s damage. This also gives Ronin a faster route to his Signature Ability as Cruelty from Misses and Evades stack with Cruelty Ronin gains in his Stances.

STANCE PREPARATION WHEN ENTERING A STANCE Developer’s Note: This Precision Passive only activates upon switching Stances and gaining a seventh Cruelty. Activate Special 3 immediately after gaining this Precision to stack with Fury to maximize Ronin’s Damage.

Wraith Stance Developer’s Note: Wraith Stance provides Ronin with some extra protection versus champions with defensive abilities. Combining this stance with Special 1 is critical in matchups with champions that trigger Abilities after striking them.

Demon Stance Developer’s Note: When you are not able to land hits on a Blocking opponent, Demon Stance provides a sustainable source of damage. This ability however does not reduce the Power that opponents gain when Blocking Ronin’s attacks so be sure to keep an eye out for a counter-attack.