The_beast123 Posts: 2,030 ★★★★
June 2021 edited June 2021 in General Discussion
So yeah guys, I’ve been fighting with different champions against this guy, who is probably the easiest one of the 2 we have had, and someone I can do.

I tried every single champion I could. Finally decided to choose Guardian, since he worked really well for this fight. Tried him for the past few days ( like 3 days?) and failed to get more than 40% at one try.

Defeated, I didn’t feel like entering there again, knowing I can’t get anything from the SoP this time. But I kept trying, just atleast to improve my skills. It instilled confidence in me.

Last day, and only 9 hours left. "Should we accept defeat? Nah, let’s try again, if it doesn’t happen this time, we’ll quit. " This was my mindset when I entered.

But surprisingly, a series of stuff took place. I went in, popped a champion, health, attack, tech power boost and special boost ( if it could help me lol) and went in, armed with everything possible for me. And then I was able to get him to 40-ish % of health at 1 try. I thought " This is probably my chance" Brought a revive, and went in with the same boosts again

The following are the last few hits of my fight. 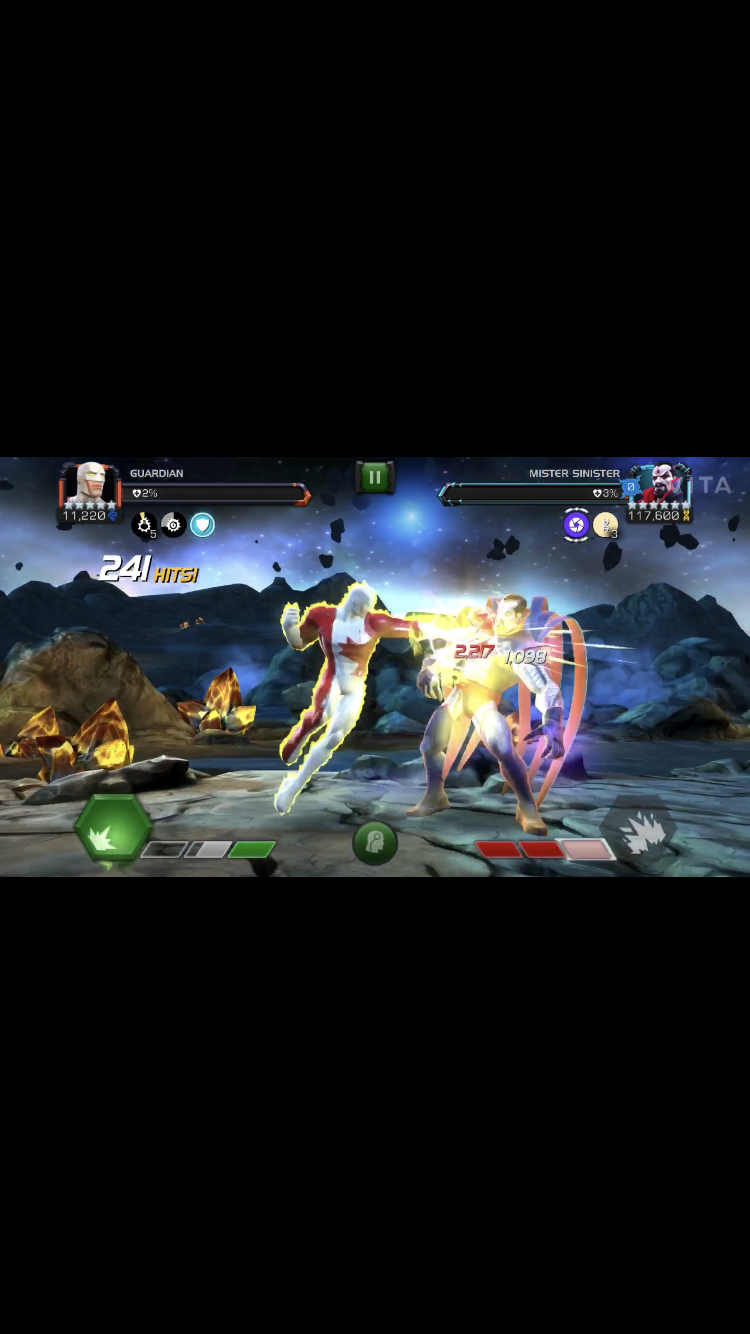 He was so adamant to throw his specials, and there I push him to Sp3, thinking I can do it in another revive if needed. I threw the Sp1, to get the most damage possible.
But then I remembered. " Oh yeah! He has power drain on 4th light!" 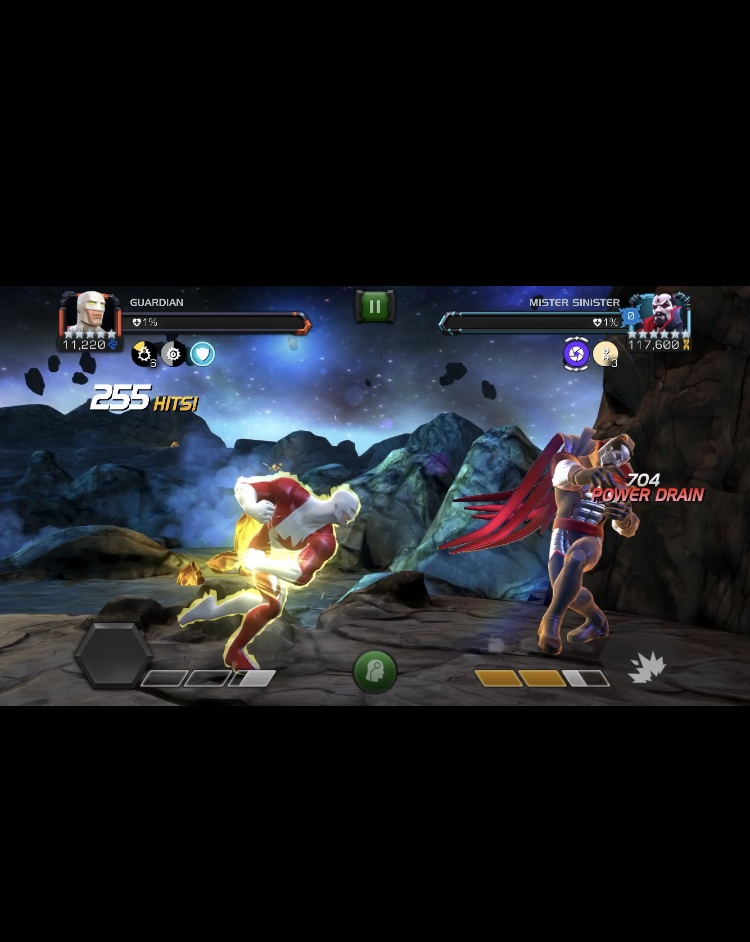 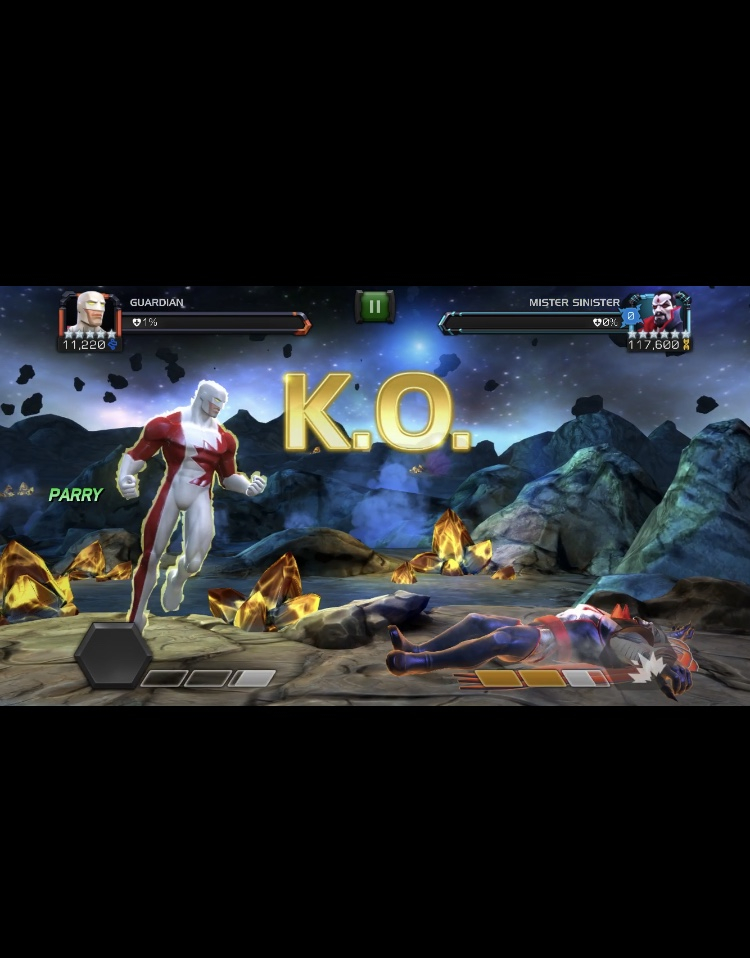 Down, sinister was down. Guardian stood there, head held high, life critically low.

This is just my experience, It surely is an easy fight, but I’m too broke and I have literally no skills lol. So it’s something of an achievement, and I thought I could share my experience with you all.

Special thanks to Mr. Sinister, for cooperating with me, throwing Sp1’s, not throwing the Sp3 at last and yeah, he did a great job.

Finally, everyone who burdened yourself reading through this.