Home› Champion Spotlights
**KNOWN ISSUE**
Some items are displaying erroneous star ratings. This seems to be happening most on items where typically there are no star ratings. We have found the cause for the issue and it will be resolved, targeting mid-late next week. 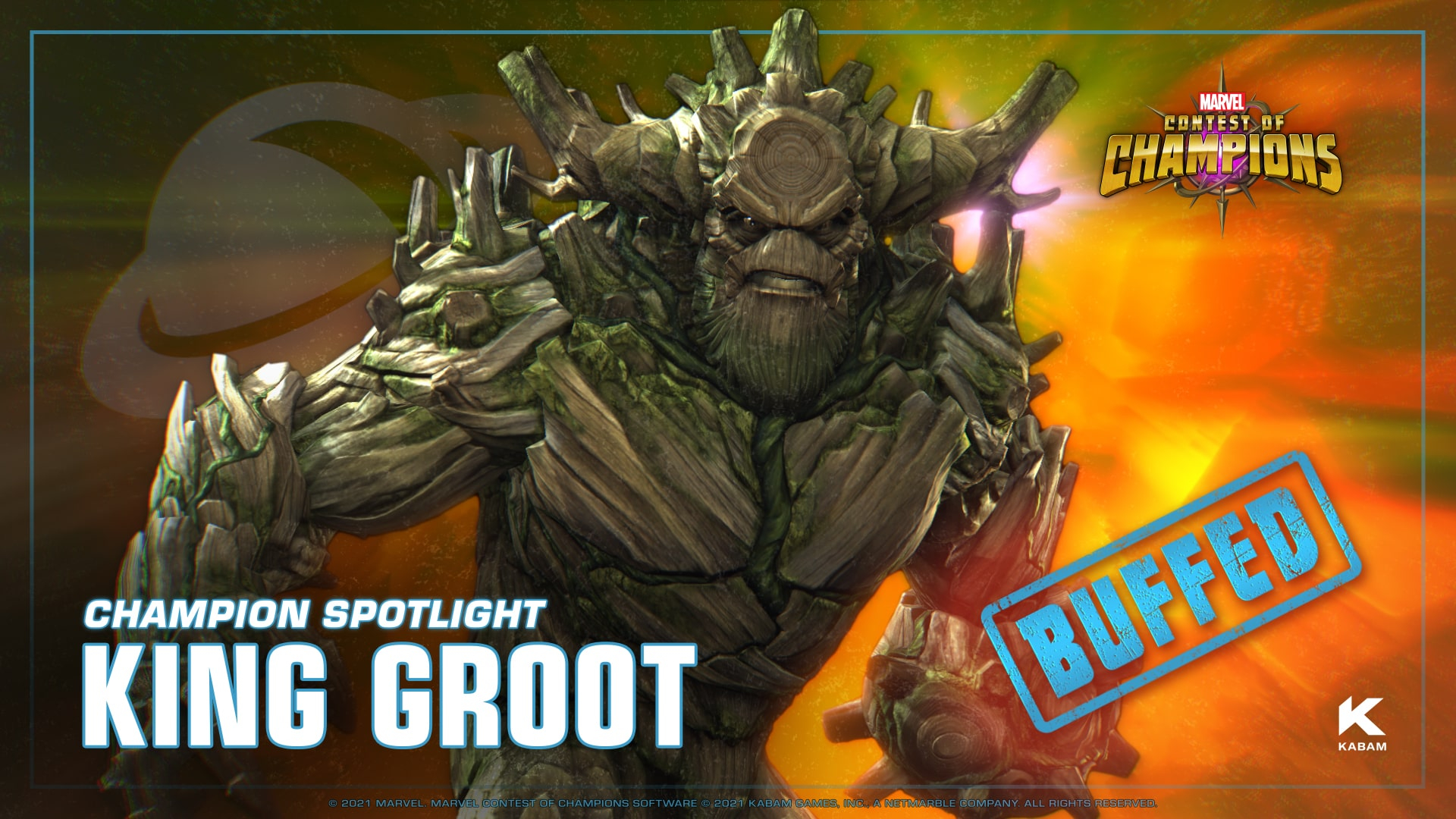 About King Groot
Rising from under the canopy of a mysterious alien forest, Groot, the invincible master of plants and King of Planet X conquers all! This savage and ferocious monster from a parallel universe never met Rocket or joined the Guardians, instead becoming a galactic warlord and experimenting on captured humans. But now, the ruthless King’s mission has been interrupted by the Collector, and he has set his sights on a new goal: hoarding all of the abundant treasure and power The Contest has to offer!

King Groot’s human experiments have uncovered new techniques for the master of plants to utilize in his quest for power. In addition to his Immunity to Bleed, the King of Planet X’s thirst for power can no longer be quashed, and he is immune to Power Drain and Power Burn effects. His Malice now grows more intense as the battle wears on, granting additional potency to his Fury Buffs and, with his Signature Ability unlocked, longer Poison duration. Experimentation into the effects of Poison have also granted him new abilities; his Heavy attack now prolongs Poison and Armor Break Debuffs on the opponent, and his noxious Special 2 breath now deals direct damage on top of its poisonous effects. His devastating Special 1 now deals lasting effects to his opponent’s Armor, chipping away with each Armor Break Debuff until there is nothing left to break.

Malice - Passive: Developer’s Note: The King grows more and more impatient as time wears on, granting his Fury even more potency with each passing second; great for King Groot, bad for stubborn opponents!

While Malice is on Cooldown - Passive: Developer’s Note: Cowardice only fuels the King’s rage. Slippery Spider-Verse Champions and autonomous Auto-Block opponents alike will find their cunning crafts used against them when the King’s Malice returns!

Heavy Attacks: Developer’s Note: Use in unison with King Groot’s Special 1 to continuously degrade the opponent’s Armor, or with his Special 2 to keep the Poison flowing through the opponent’s veins.