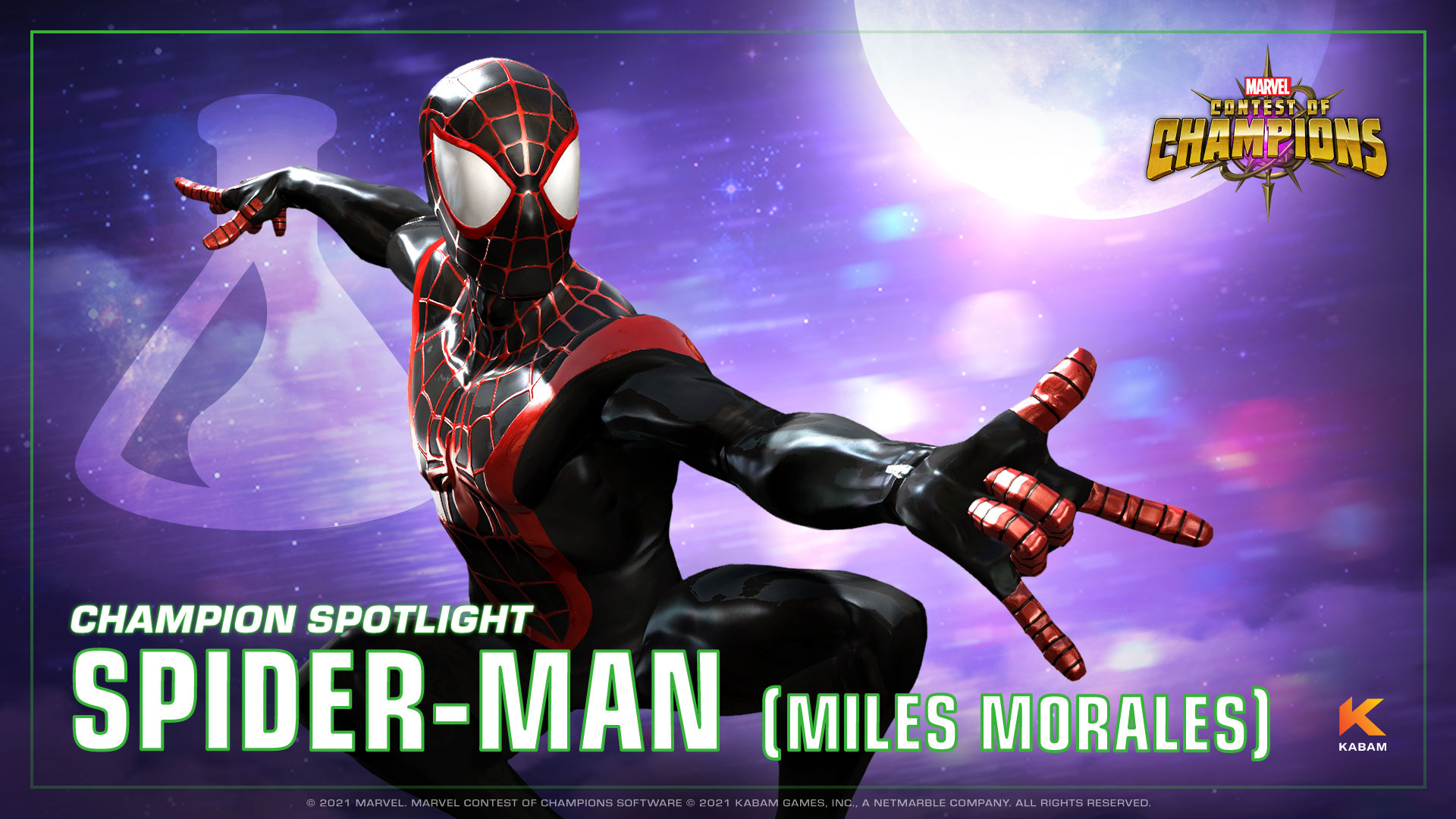 About Spider-Man (Miles Morales)
In an alternate reality where Peter Parker died while protecting his friends and family, teenager Miles Morales was bitten by a genetically enhanced spider and discovered that he now possessed the same powers as his fallen idol. With the world mourning the loss of one of their greatest heroes, Miles decided to take on the mantle of Spider-Man. Miles knows that with great power must come great responsibility, but can he live up to the legacy set before him?

Miles, and anyone hoping to master his playstyle will learn the ins and outs of being a hero. Master using basic combos, dodge attacks, and blocking the opponent to gain bonuses through the fight! Use Miles’ full arsenal to apply as many Debuffs on the opponent as possible and deal some massive damage with his Special 2!