KrueLee Posts: 32 ★
October 10 edited October 10 in General Discussion
Watching the result of our last alliance war made our alliance wondering. We’re understanding how it works and where the points come from, BUT should this really result in a loss? 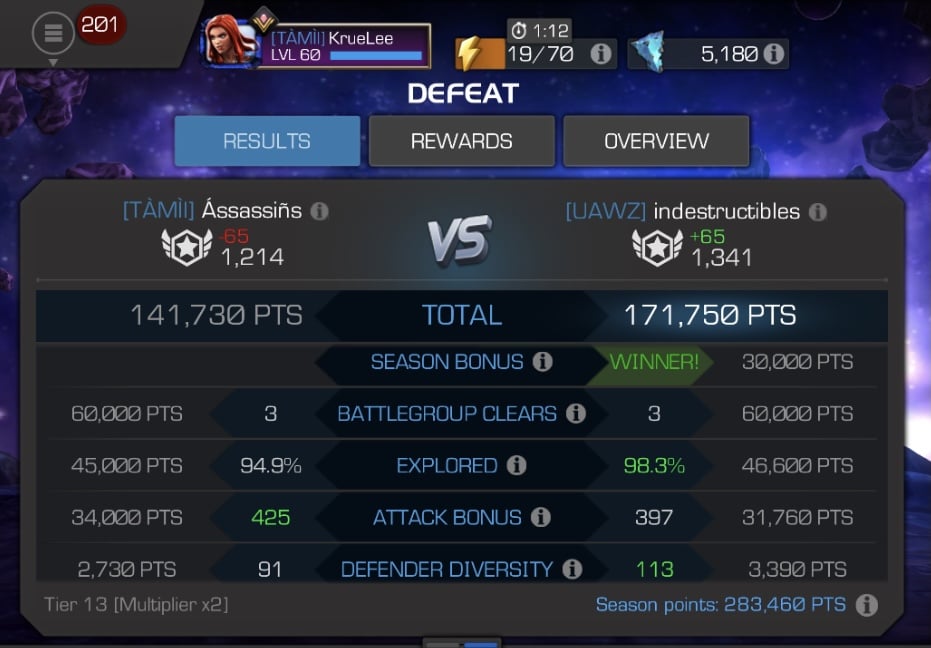