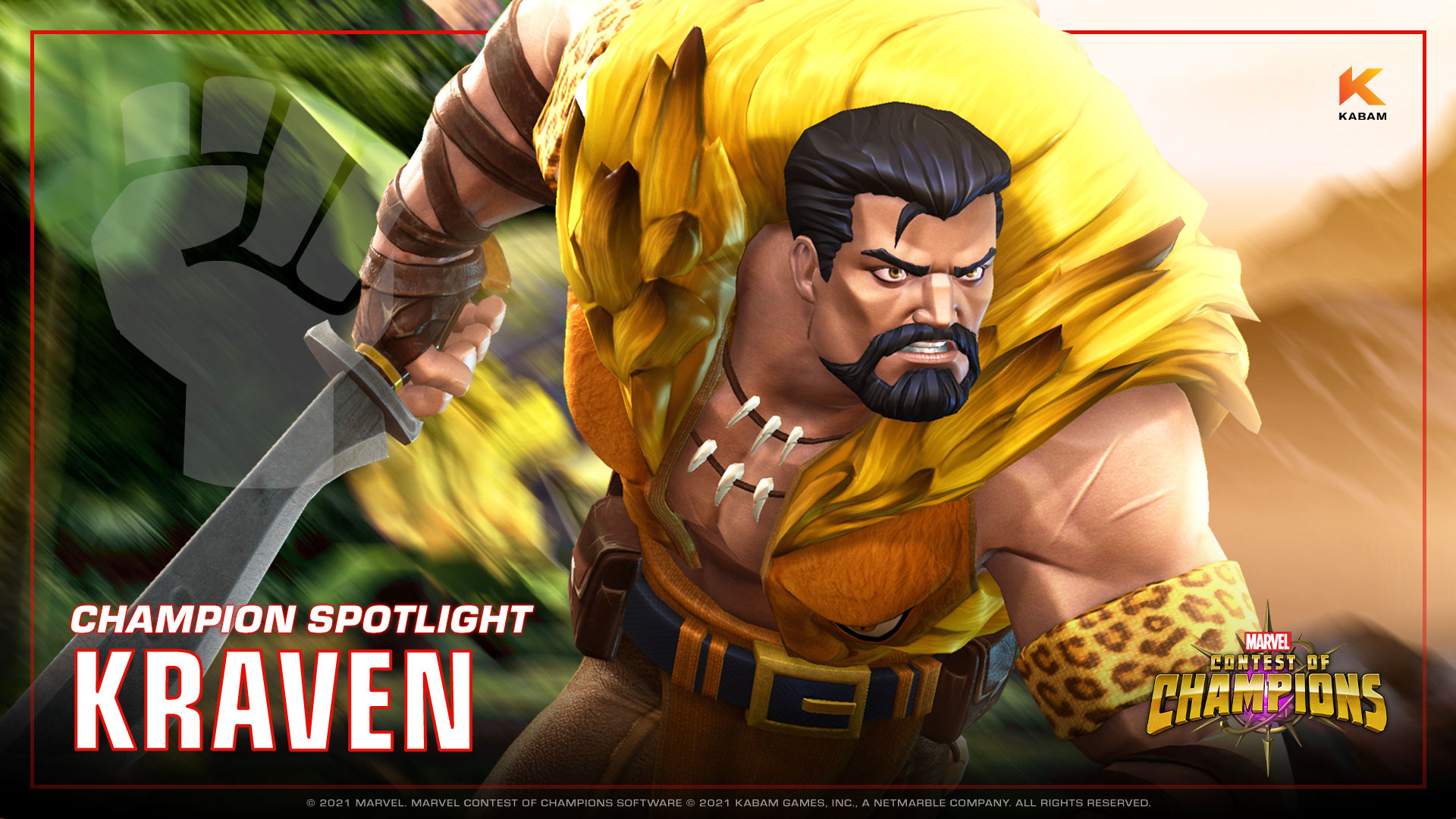 About Kraven
Sergei Nikolaievich Kravinoff was once known as the world’s greatest hunter, often killing his prey with his bare hands. Despite his success he grew bored with hunting big game, so he decided to hunt for more dangerous and powerful prey. He chose to hunt Spider-Man, someone he saw as a real challenge worthy of his skills, however his constant failure to defeat Spider-Man led him into a path of villainy and insanity.

Kraven’s playstyle is all about trapping the Opponent and then punishing them. He places a Trap with a Special 1, and it stays in the Arena until it triggers or it is replaced. Pushing an unprepared Opponent into a Trap is even more beneficial for Kraven than just allowing the Opponent into the Trap, but once the Opponent is Trapped, Kraven’s attacks and effects are even more deadly. Kraven is not your average Champion! This is a high Skill use Champ and to get the best out of him, you’re going to have to change your playstyle and max out those synergies and masteries.


Jungle Fighter When Debuffed – Endurance Passive Developer’s Note: As an Attacker this ability is useful against Champions that passively inflict Debuffs but this ability is more useful as a Defender.

Trap – Special 1 Developer’s Note: Once the Opponent is trapped the best way to initiate an attack is with a dash, since Kraven will go Unstoppable. A skilled player only needs to launch a Trap once, as long as they are pushing the Opponent into the Traps they will keep retriggering.

Suppression – Cross-Fight Developer’s Note: When the Opponent is trapped while suffering with 2 stacks of Suppression, their Combat Power Rate is reduced by a total of 50%. This allows Kraven to attack Rooted Opponents without worrying too much about them reaching 3 bars of Power.

Special Attacks Developer’s Note: It is always a good idea to throw a Special Attack on a Rooted Opponent because it will increase the duration of the Root, consequently increasing the duration that Bleeds are paused by the Root.