MCOC Team Posts: 336Administrator∙Moderator ›
March 30 edited April 12 in General Discussion
Time for the start of a new War Season Summoners! Lots going on as this Season we’ve got a Rewards Update, some Loyalty Store changes, and Path Buff Updates along with our regularly scheduled Tactics rotations! So let’s get right into it!

Season 33, best of luck, and may your opponent's Specials always be easy to bait!

Defense Tactic - Miss-tic Dispersion
Whenever a Buff expires or is removed on a Attacker, #Miss-tic Dispersion Defenders have a 100% chance to gain a Miss Passive causing all attacks to Miss for {2} seconds. Intercepting the opponent will remove this Miss Passive. This Miss Passive goes on cooldown for 20 seconds after it expires or is removed. Anytime an Attackers attacks Miss, the Defender gains a Protection Passive, reducing any incoming damage by {1}% for {0} seconds. Max Stacks 3.

We’re making a few changes to the Loyalty Store which are intended to go hand in hand with the Glory Store update coming with AQ Season 9.5. We’re looking to let players get more access to the AW specific potions,

It’s about that time we are in for another two major path rework we’ve been wanting to do for a while. The first one that we are aiming to breathe some fresh life into is Path 1, the Healing Path. Prior to this, it hasn’t received the attention, and love it deserves. This time though, we are aiming to provide some new fresh defensive placements that focus specifically on how often a Defender can heal to create the threatening defensive placement we hoped for.

For Path 1, the new Nodes are as follows…

Masochism Over Time - 3
Every 7 seconds the next Debuff triggered on this Champion is immediately Purified. Each time this effect triggers they gain Regeneration Buff granting 15% of their Max Health over 7 seconds.

Buffet Over Time - 3
Every 7 seconds the next Buff triggered by the Attacker is immediately Nullified. Each time this effect triggers, the Defender will gain a Regeneration Buff granting 15% of their Max Health over 7 seconds.

The nodes affected are the following… 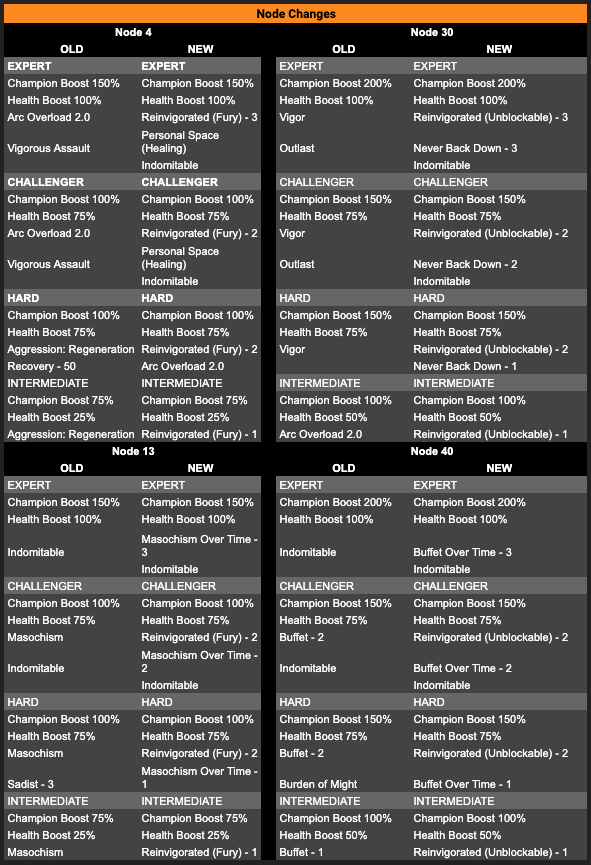 As for the second rework, we wanted to retool the Path 8 to cater better to Cosmic Defenders and Cosmic Attackers specifically. So to help create that threat, we decided to lean into the buff “Rich Get Richer” and use that as the base for the entire lane. Combined with Mystic Ward means that traditional nullify champions will not be the core answer.

For Path 8, the new Nodes players will encounter are as follows…

Underhanded Comment - 1
For each Buff on the Defender, the Attacker has their Defensive Ability Accuracy reduced by 10%. 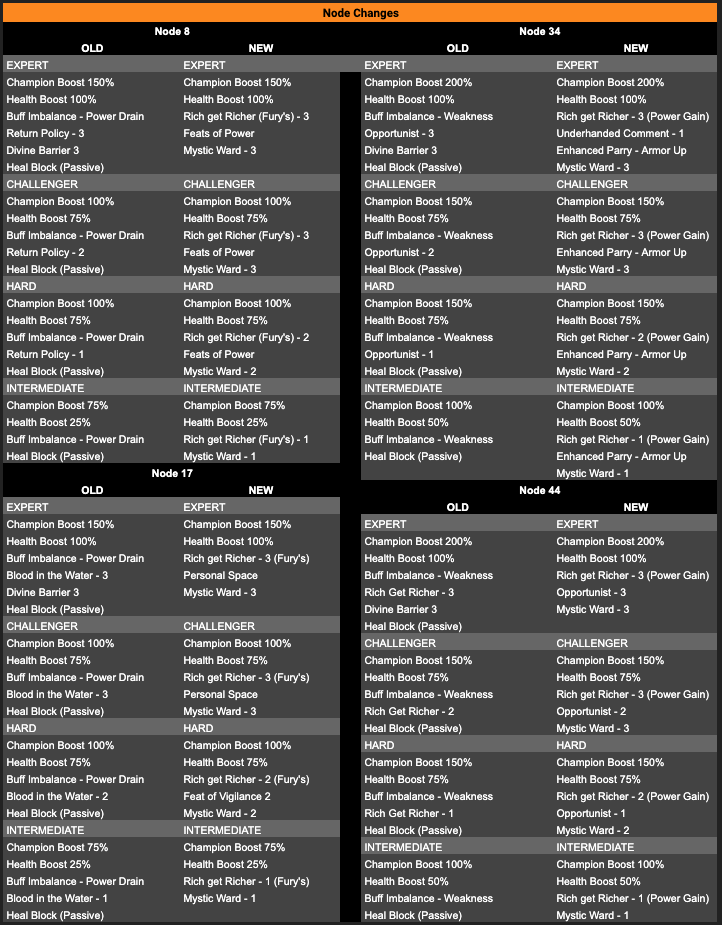 As mentioned above, there's also a Glory Store update coming your way! We normally include this information with news on Alliance Quest Updates (there is one coming soon!), we wanted to get this out to you earlier, since there are changes to the way we're distributing Alliance Potions between the Glory and Loyalty stores.