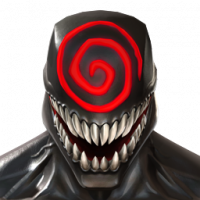 Erik_Killmonger1001 Posts: 419 ★★★
September 2022 in General Discussion
I know kabam has over and over and over said they haven't changed the AI in any way and I believe them. But a thought I had this morning, just because you haven't actively changed the AI doesn't mean it hasn't changed. I don't mean some grand conspiracy it's evolving on it's own, that's obvious bs. However in a game with hundreds of champions and therefore literally thousands of interactions it would be impossible to not have unintended consequences. Even just the way something was coded a completely harmless interaction on it's own, interacts with another line of code and together they create a bug. The issue is (for a few reasons I will talk about) the players experience bugs very differently from kabam. It is entirely possible to have fairly major bugs invisible to kabam. This is by no means a kabam exclusive problem it exists for most game companies but I wanted to talk about.

Here's the core of the issue, in a game played by hundreds of thousands really unlikely things will happen, slight chance 1 in a million bugs will occur. It's the same reason why it feels like stupidly unlikely things occur way more than the people think they should, in a sample of 7 billion people some will win the lottery 10 times in a row or play a perfect game twice on the trot. These things are all really unlikely but due to the number of trials, they happen. The same thing is probably taking place here to an extent, kabam may not see it simply due to numbers of people they have testing the game. I'm not asking them to recruit several thousand people that's unrealistic at best and stupid at worst. What I am asking is that there bear in mind things they haven't personally seen may happen, be it bugs AI behaviour whatever. Just because you haven't been struck by lightening/won the lottery doesn't mean it hasn't happened.

The second issue, AI behaviour is really difficult to quantify. I still believe that people win the lottery even if I haven't myself because I have undisputable evidence that it has happened. You can't do this with AI it's always, the AI FEELS more passive. The AI not throwing specials while taunted might be a bug, or it might just be that an AI with 40% higher chance to throw a special still chose not too. It's easy when say a champion that is supposed to be immune to bleed is taking bleed damage, that's obvious and undebatable and everyone looks at that and goes that's a bug, But AI isn't like that it is entirely possible for two people to load up the same fight, have completely different experiences with the AI and both be entirely correct about their personal experience

I point this out not in a effort to prove the AI has become more defensive/better at intercepting but merely to illustrate that the issue may be invisible to kabam simply due to how the world works not due to them lying or being wilfully ignorant or any of the other things people accuse kabam of when this topic comes up for discussion. I maybe completely wrong maybe kabam has done huge amounts of testing on the back end of mcoc and come up with nothing because there is nothing to find, but there is enough anecdotal evidence that the topic should always be up for discussion. Even if not firm conclusions are reached about AI behaviour the conversation about it should always be open.