With Battlegrounds releasing in just a few days, it’s time to share the rewards that you can obtain for participating and emerging victorious in Battlegrounds!
A note before we begin:

Before you read this, make sure you’ve read our latest Blog Post on Battlegrounds, and understand the new additions, such as the Victory Track and Gladiator’s circuit.

There are multiple areas in which you can get rewards for participating in Battlegrounds. Let’s break them down before we get into the details:

Solo Objective:
- Win matches for Trophy Tokens
Solo/Alliance Events:
- Milestones and Rank Rewards are earned by entering with Elder's Marks.
Victory Track:
- Seasonal Rewards for Reaching New Divisions
Gladiator’s Circuit
- Seasonal Ranked Rewards unlocked by climbing Battlegrounds Rating, exclusive for Summoners that have completed the Victory Track
Battlegrounds Store:
- Like the Loyalty and Glory stores, this is a Campaign Progression level based Store with rewards to help you strengthen your Roster

To progress in Solo Events, you must enter matches with Elder's Marks. 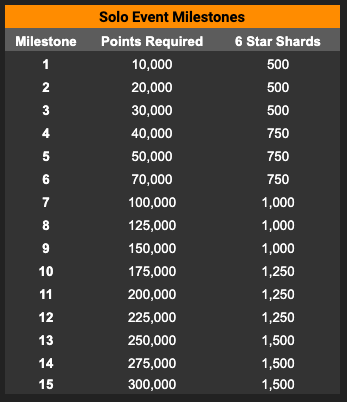 To progress in Alliance Events, you must enter matches with Elder's Marks. 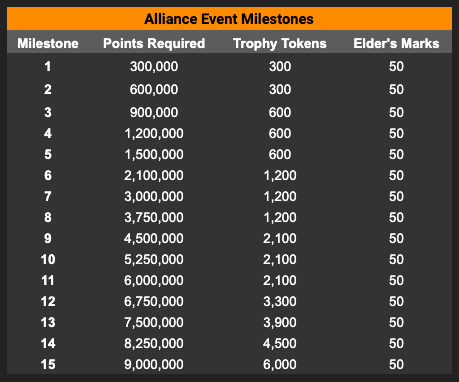 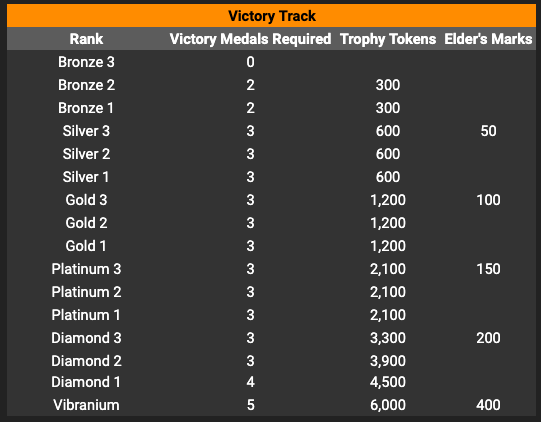 Resets Seasonally. Gain access to the Gladiator’s Circuit Ranked Rewards after you have completed the Victory Track. 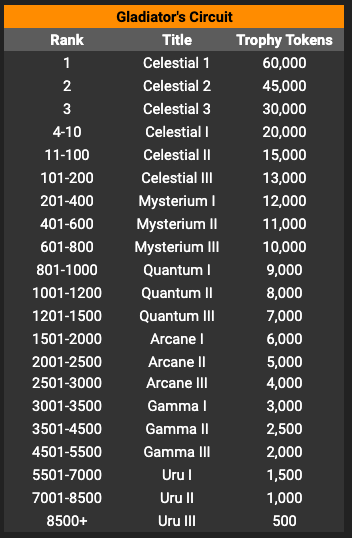 Use your Trophy Tokens to get rewards from the Battlegrounds Store!

There will be more updates to the Store and Rewards in the coming seasons, so keep your eyes open!