Dayman Posts: 22 ★
December 2017 in Bugs and Known Issues
I see that you've recently added a silent nerf to Nebula's insane shock damage, the only thing that makes her a great champion, and basically makes the shock charges no longer worth the time it takes to build them up. I currently have her 5* r4 at sig 30. The way her shock damage used to be calculated at this level was that each shock charge, when transferred would do 722 shock damage PER SECOND for 6 seconds. So with 20 charges stacked (and believe me it's not easy to build 20 charges in Map 6 AQ fights) the damage output if you didn't follow with an l2 was 20 x 6 x 722 = 86,640.

The way you are now calculating the damage is 722 shock damage per charge over 6, so the damage now is 20 x 722 = 14,440. That's a difference of 72,200 damage being lost for all that effort. Not to mention if you time it correctly and follow with an l2 to double the shock damage for 3 seconds. The calculation of the damage difference becomes the following:

This is a HUGE nerf to the character that hasn't been revealed to the community. I can only hope that this is a mistake. That insane shock damage is the ONLY reason she is a viable character in end game content, and those charges are not easy to stack. Without that huge payoff, she really has no viability anymore as a useful character. I've wasted so many resources into ranking her up that I am now very dissatisfied with her game play.

If anyone else is seeing this issue as well, please respond. She is no longer a God Slayer. 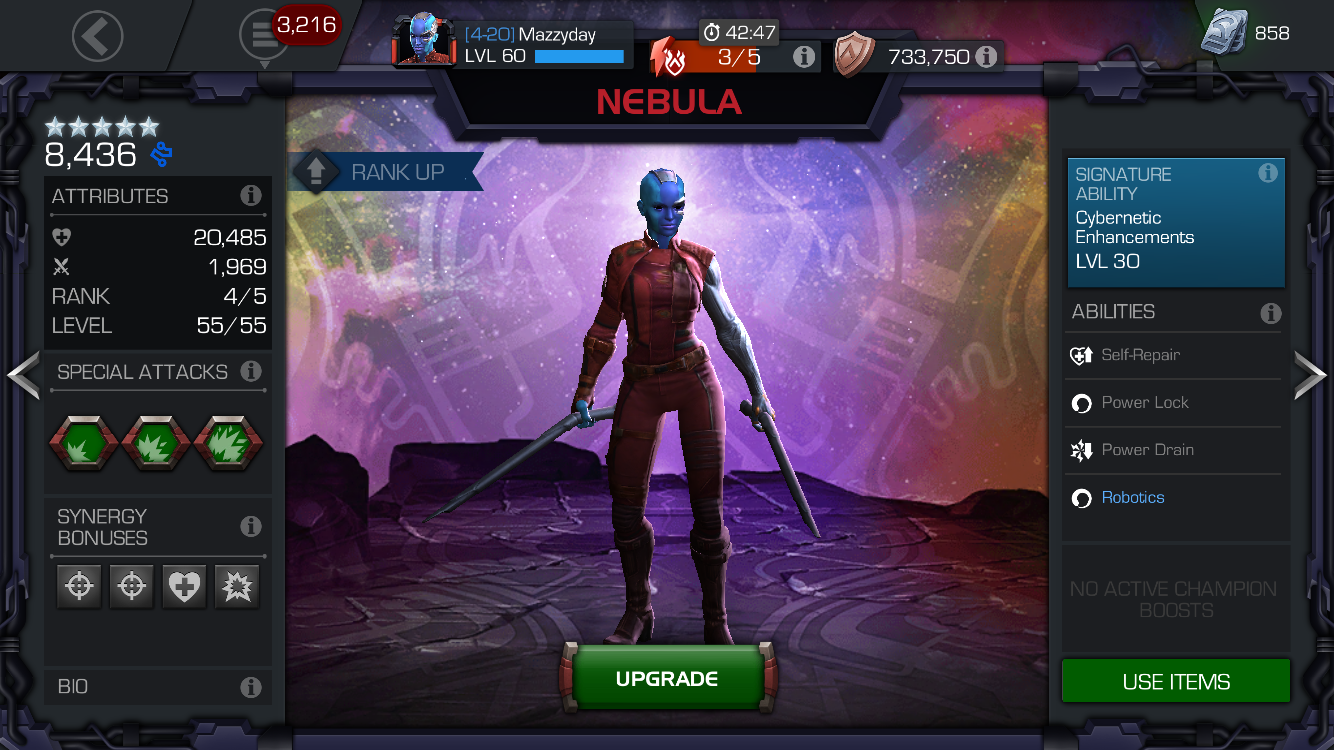