Killmonger not getting true strike

The1_NuclearOnion Posts: 893 ★★★
May 2018 in Bugs and Known Issues
I'll try to get a video today but it seems there are many opponents that I can consistently hit within the window of recovery after their special but it does not produce True Strike for Killmonger. That said, his description does not seem to have any indicator of a time frame except "while recovering from a special". I am in that recovery time every time with many opponents, land the dash attack, but do not produce True Strike. It seems to work better for very close range evades of specials but not ones further away.
Seatin's video on killmonger mentions the same thing. Seems to be inconsistent.

In Summary:
It seems the trigger window for Killmonger's True Strike ability is actually much smaller than the open window to land a hit after many opponents special moves so he doesn;t actual consistently trigger it even when you consistently and effectively strike an opponent after evading their special.

Can someone take a look please? 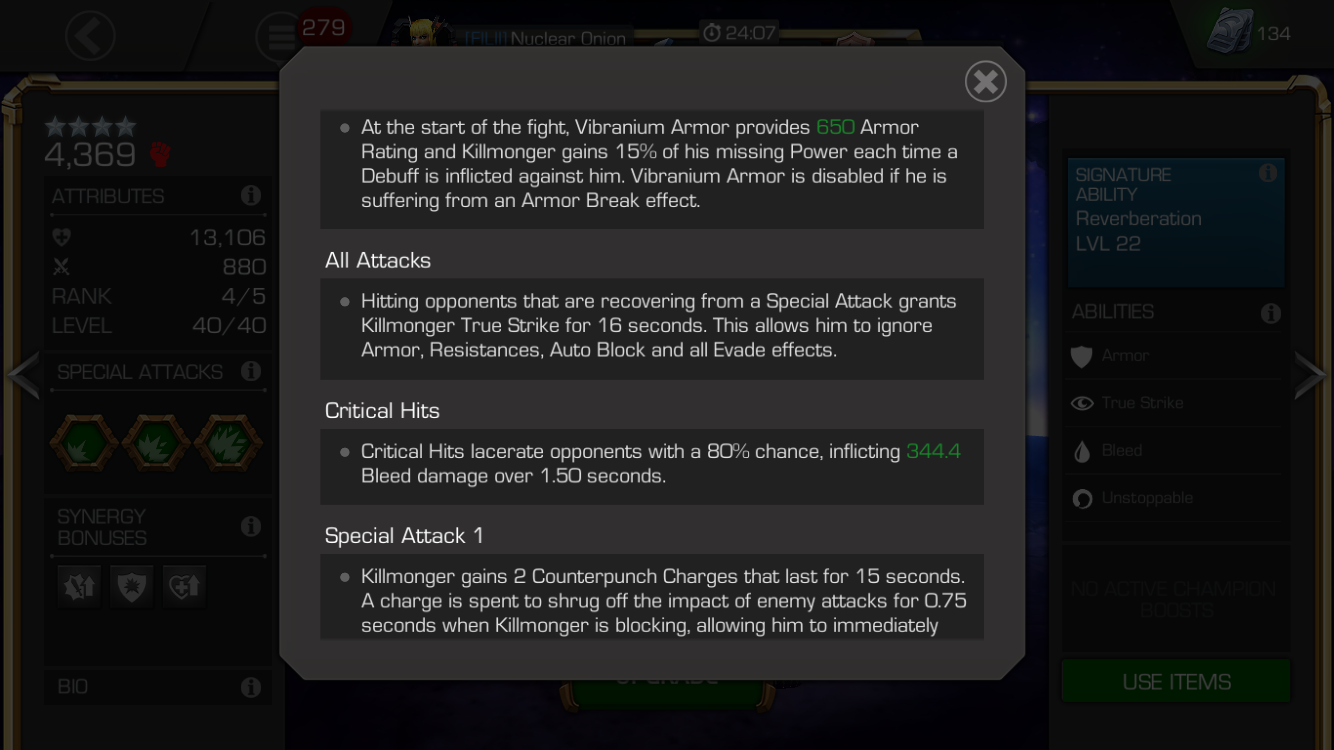