Bajan_Samurai Posts: 75 ★
June 2018 in Suggestions and Requests
Ok, so I held this stuff for way too long. If ever Kabam could consider these types of character additions they probably would need a good deal more time in development and testing considering Cloak & Dagger opens soon, but what may as well still share with the community. Either way, I got to thinking that few characters have POSITION related abilities, and that there is a unique opportunity to treat Cloak like an add on item to Dagger and have them work as a fighting duo. It is also way past any Inhumans, but Crystal would make a great addition regardless of their series not being renewed. She is a very storied character in Marvel Comics history.

Imagine Dagger working like Vulture and Cloak acting like Vulture's wings (detaching periodically, only thing, via teleportation behind the opponent, but maintaining the directionality of the combat mechanic by being a proximity life draining object instead of hitting anyone). See the images to see how the position mechanic would be enacted. I paired them versus Dagger because they would both divide the battle stage into 4 equal quadrants to determine their status effects. 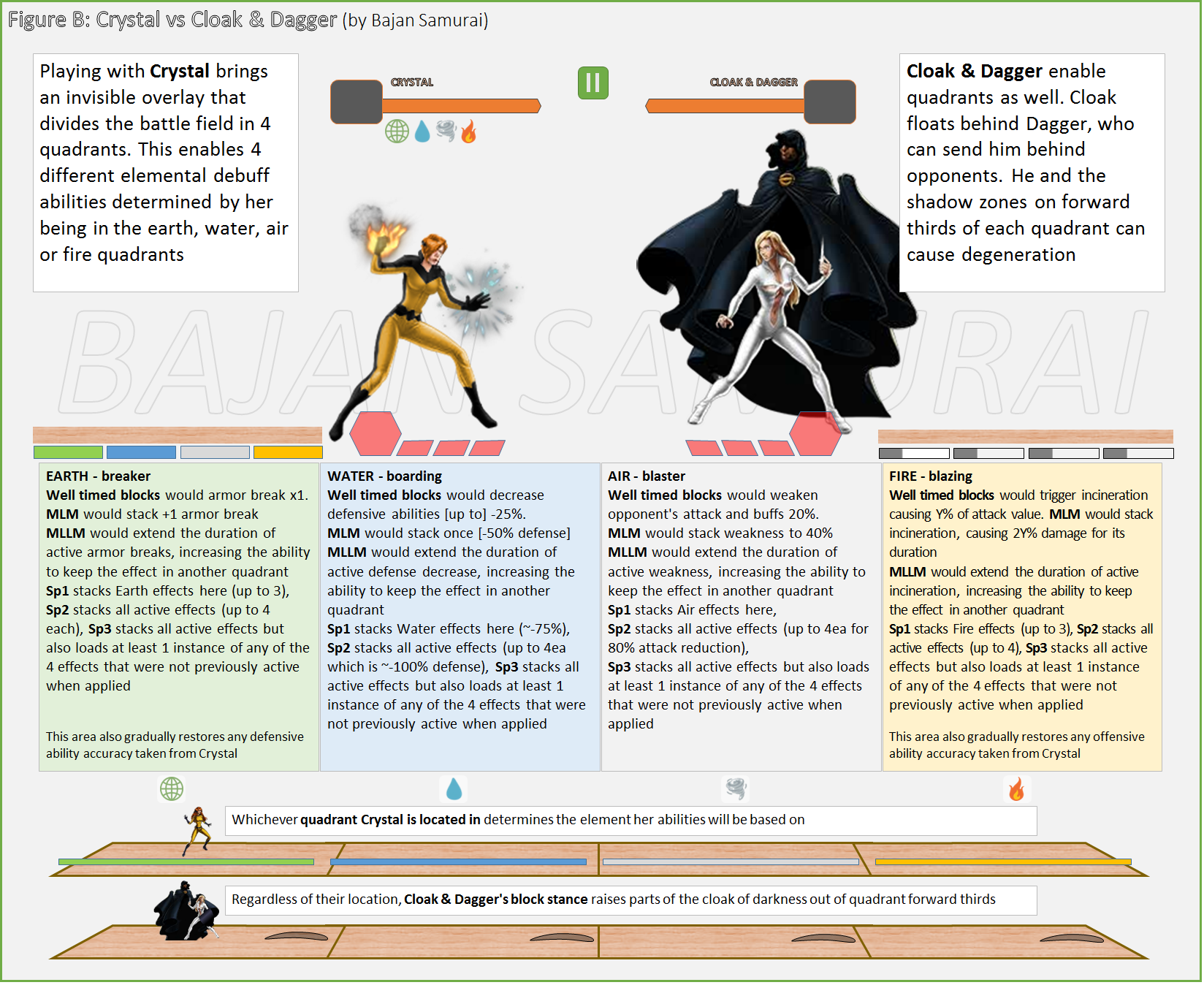 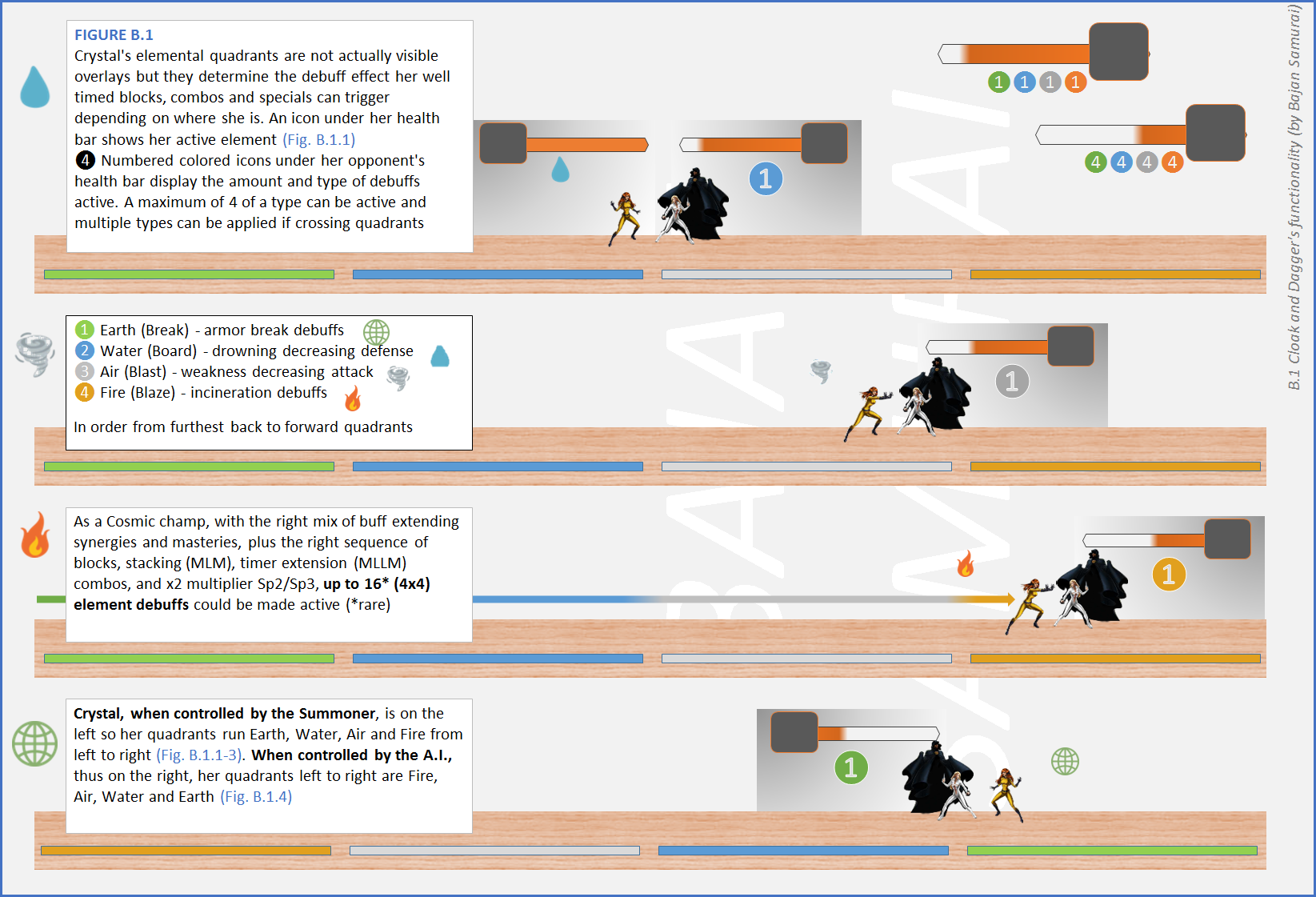 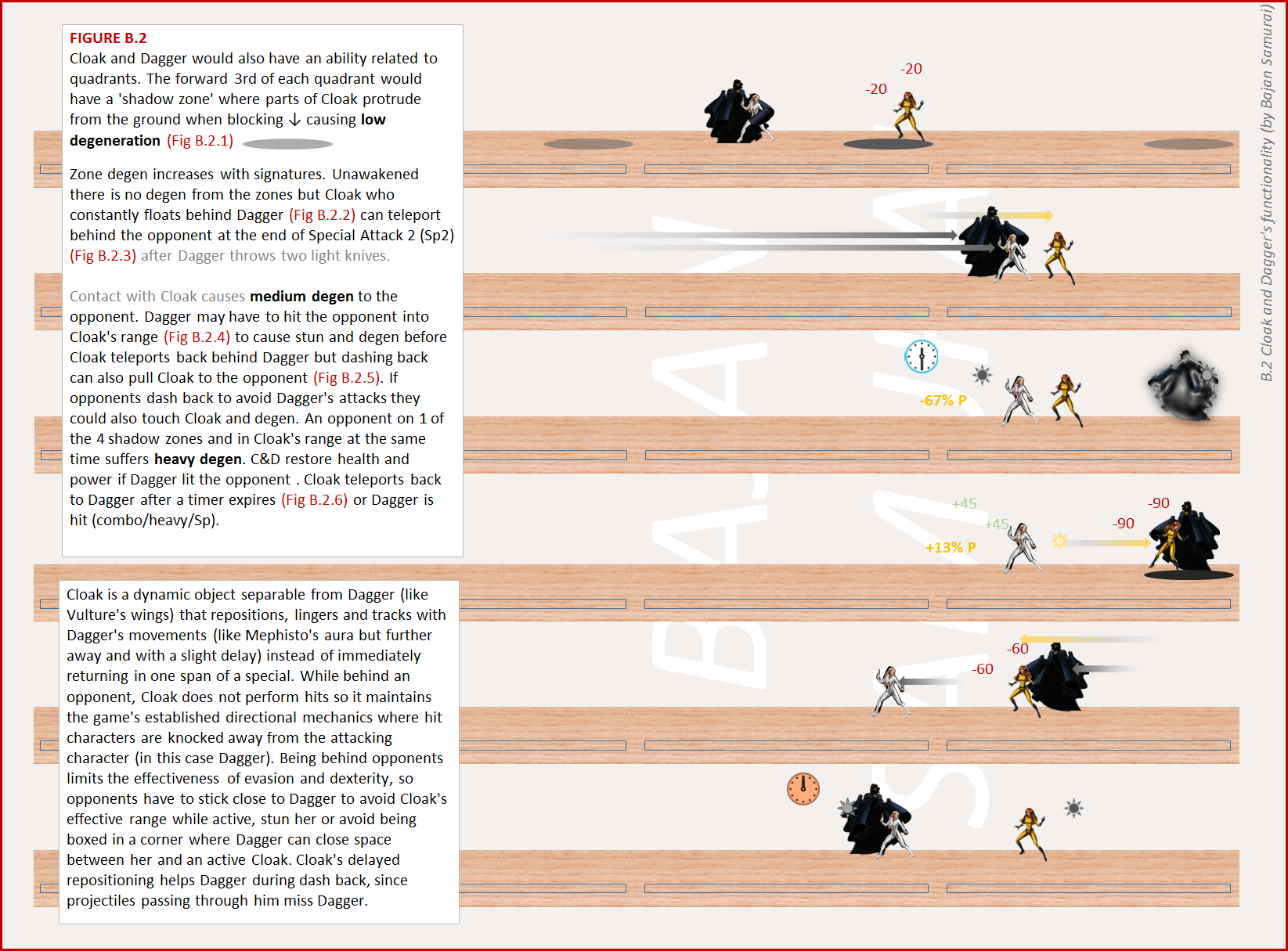 Likewise, or as a bonus, Klaw would use position mechanics to plant Echo Mines on the battle stage in front or behind the opponent depending on the special. These would repeat a percentage of damage of recent hits and can be used to restrict opponent movement (although Vibranium related champs would have some resistance or outright immunity to its push back and/or damage). In the image I paired Klaw against the original Wolverine, suggesting another position related status effect. When in a back corner, Wolverine should activate a Berserker effect (fury and cruelty) that can cancel out a stun. 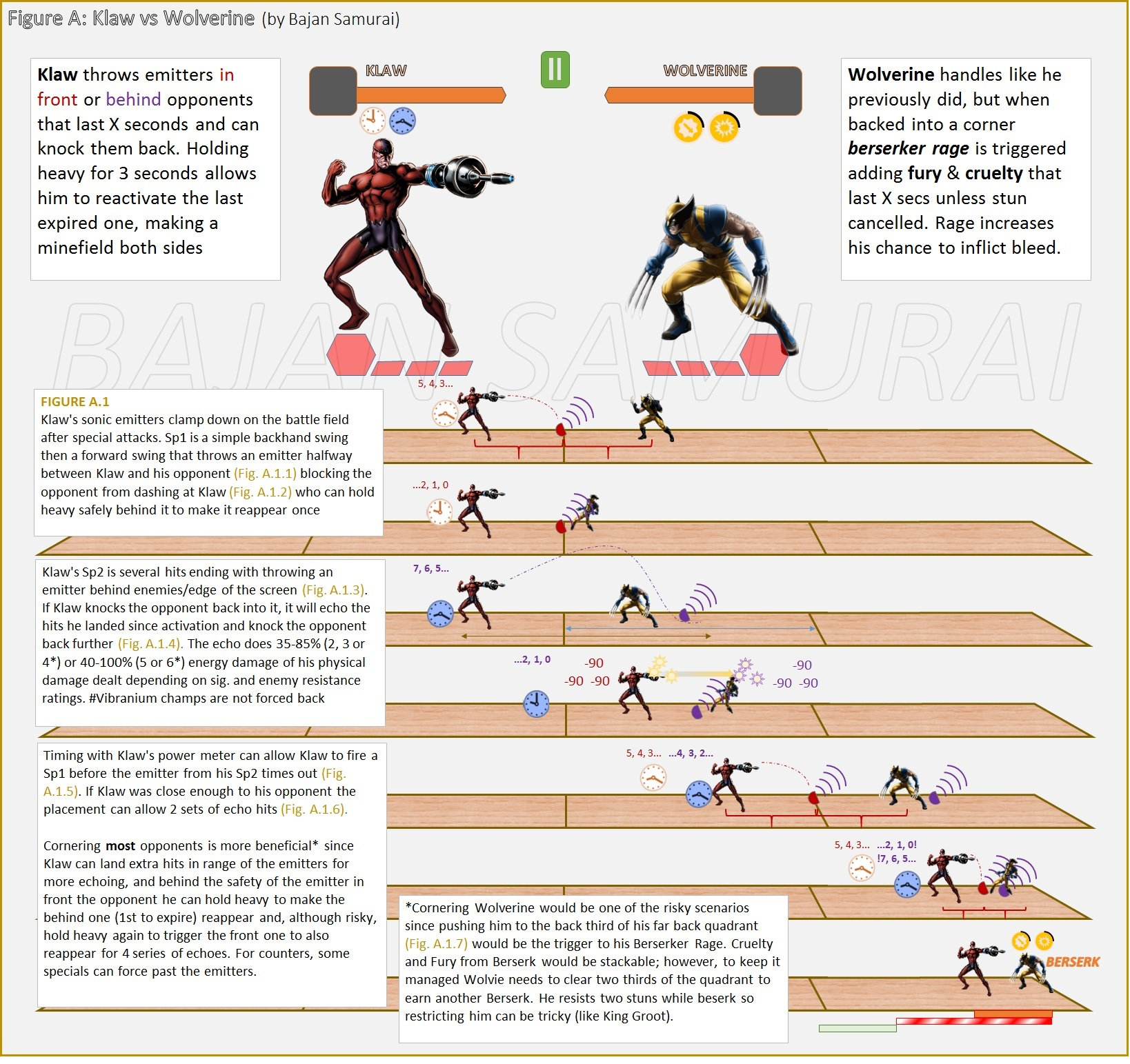 More miscellaneous info on finer abilities around these champs, and some ideal synergistic effects will follow as well. An example of finer ability details are such as Wolverine cannot stack Berserk without clearing a certain distance out of the corner he backed into. Another would be that Cloak and Dagger's upgrade requirements would involve 1 Mystic catalyst although they would be Science Champs similar to how Karnak is a Skill Champ that requires a Cosmic catalyst.