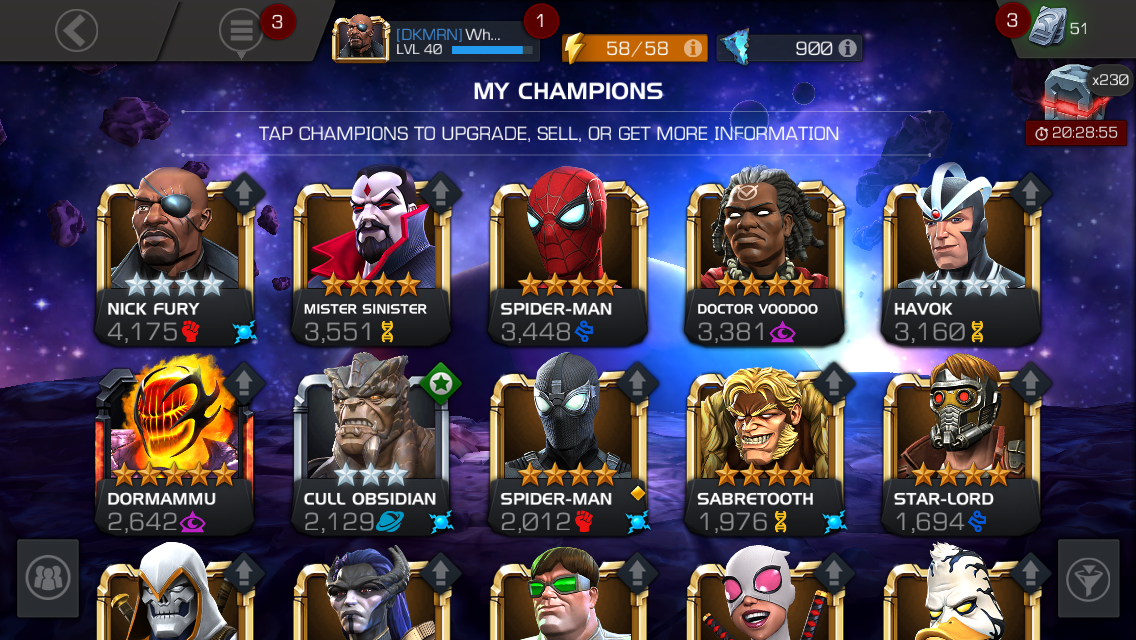 This is my roster, am I progressing too fast because I’m only focusing on Nick Fury? I’m currently on stuck on 5.1.6. Any suggestions on who to upgrade? Any other advice which will help is also appreciated
0