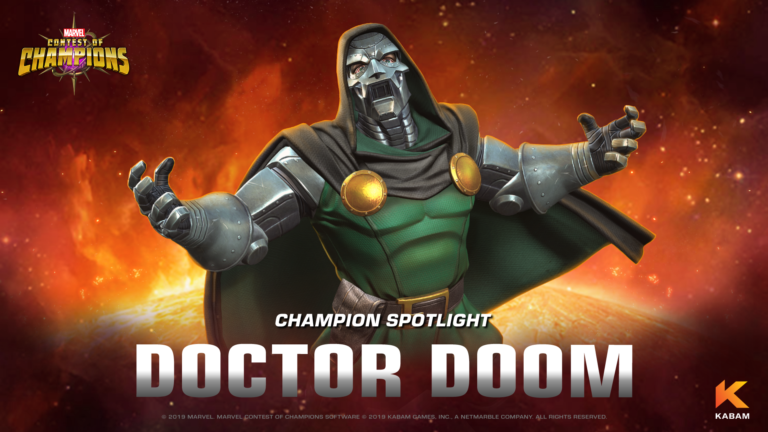 About Doctor Doom
Leaving his tribe in Latveria, Victor Von Doom moved to the United States to study at the Empire State University where he combined sorcery and technology to create fantastic inventions. Disregarding the warnings of fellow classmate Reed Richards, one of his inventions malfunctioned resulting in an explosion that severely damaged his face. Expelled after the incident, Victor began traveling the world eventually collapsing exhausted, on a Tibetan mountainside where he was rescued by a clan of monks. Mastering their discipline and forging himself a suit of armor, Victor took on the mantle Doctor Doom, his mission to serve revenge on those he holds responsible for his accident.

Doctor Doom uses a combination of technology and sorcery to constantly push the battle in his favor. Doom’s sorcery abilities focus on controlling the fight and Nullifying Buffs. Doom’s technology abilities focus on raw damage and Debuffs. Combining both together allows Doom to decimate his opponent with little risk of repercussions.