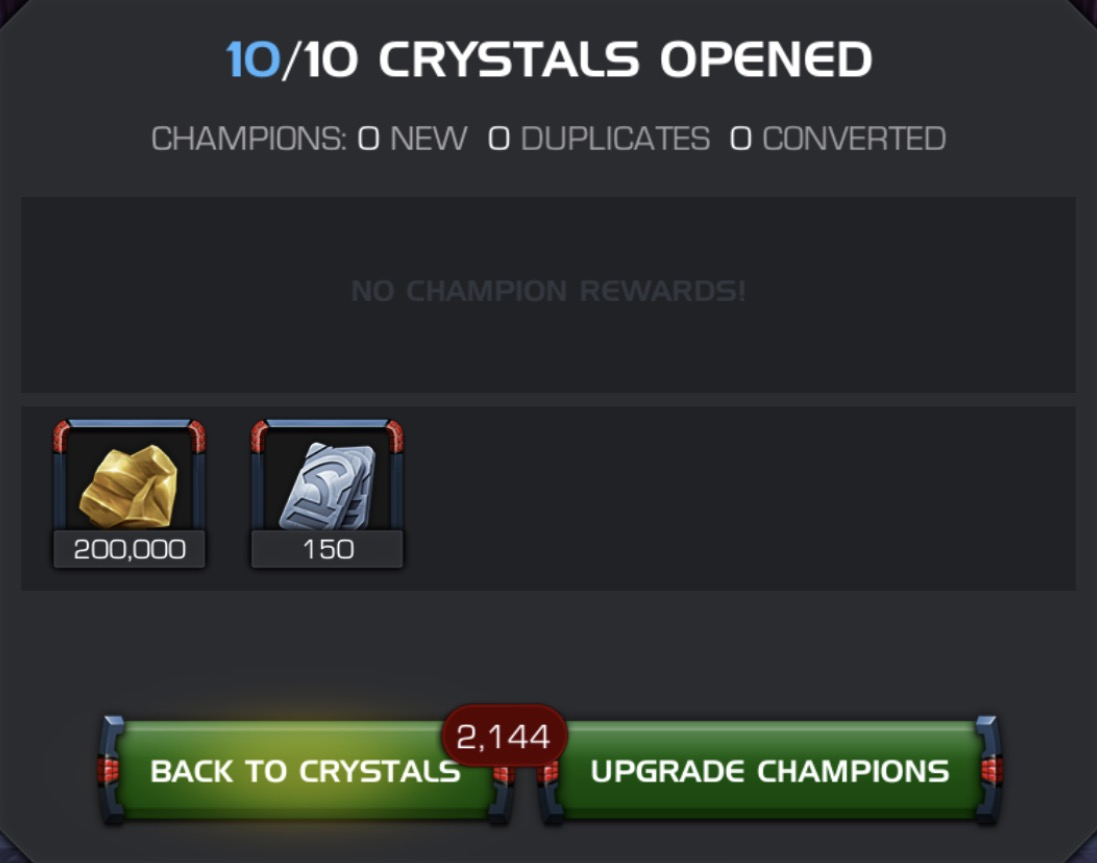 I am not to sure what to think of this crystal. It looks good on the surface but each time I go for them I get pulls like this. 5x the cost but it's close to the same rewards I would have pulled from 50 of the original crystals. I guarantee I would have received more than 40k gold & 30 units (1/5 rewards I pulled from new crystals).

Idk maybe I'm just not getting "lucky" because I speak my opinions on the forum and Kabam nixed anything good from my account. So please share your thoughts and experience with the new arena crystals. Maybe somebody else is actually getting good rewards from them.
0