Kabam Miike Posts: 7,285Administrator∙Moderator ›
January 2020 in Champion Spotlights
IF YOU HAVE NOT, READ THIS POST FIRST.

After looking at our data across all the game modes we have determined that Cull Obsidian is out damaging every other high-damage Champion in the game. While he does have his limiting factors, once he's fully ramped up he is able to end fights before even high-level Opponents can do any meaningful damage to him. The goal of Cull’s rebalance is to make tuning changes that keeps Cull Obsidian as one of the top damage dealers in-game, but with a more reasonable margin.

This chart shows Cull, Ronin and Venom (left to right) in fights against Winter Soldier in the Realm of Legends. The Orange Triangle represents their DPS, and the Blue represents their Damage Done vs Damage Received (higher is better).

This data is representative of his DPS in the first fight of a quest, with 0 PVs

This chart features the same Champions in a fight against Hulk in the ROL. Representing a later fight in a Quest, with high or full ramp up. Note that Ronin has a Class Advantage in this matchup.

This chart shows his DPS vs the same Champions over the course of Realm of Legends, and is separated by Player’s Experience Percentiles. This shows that as a player grows more skilled in the Game, the division between Cull Obsidian’s DPS and the other Champions grows significantly larger.

This chart shows a Comparison of Cull’s DPS vs other high damage dealing Champions throughout Act 6. This is also separated by Player Skill level, with our most skilled again having a much larger division from Summoners that take more damage. 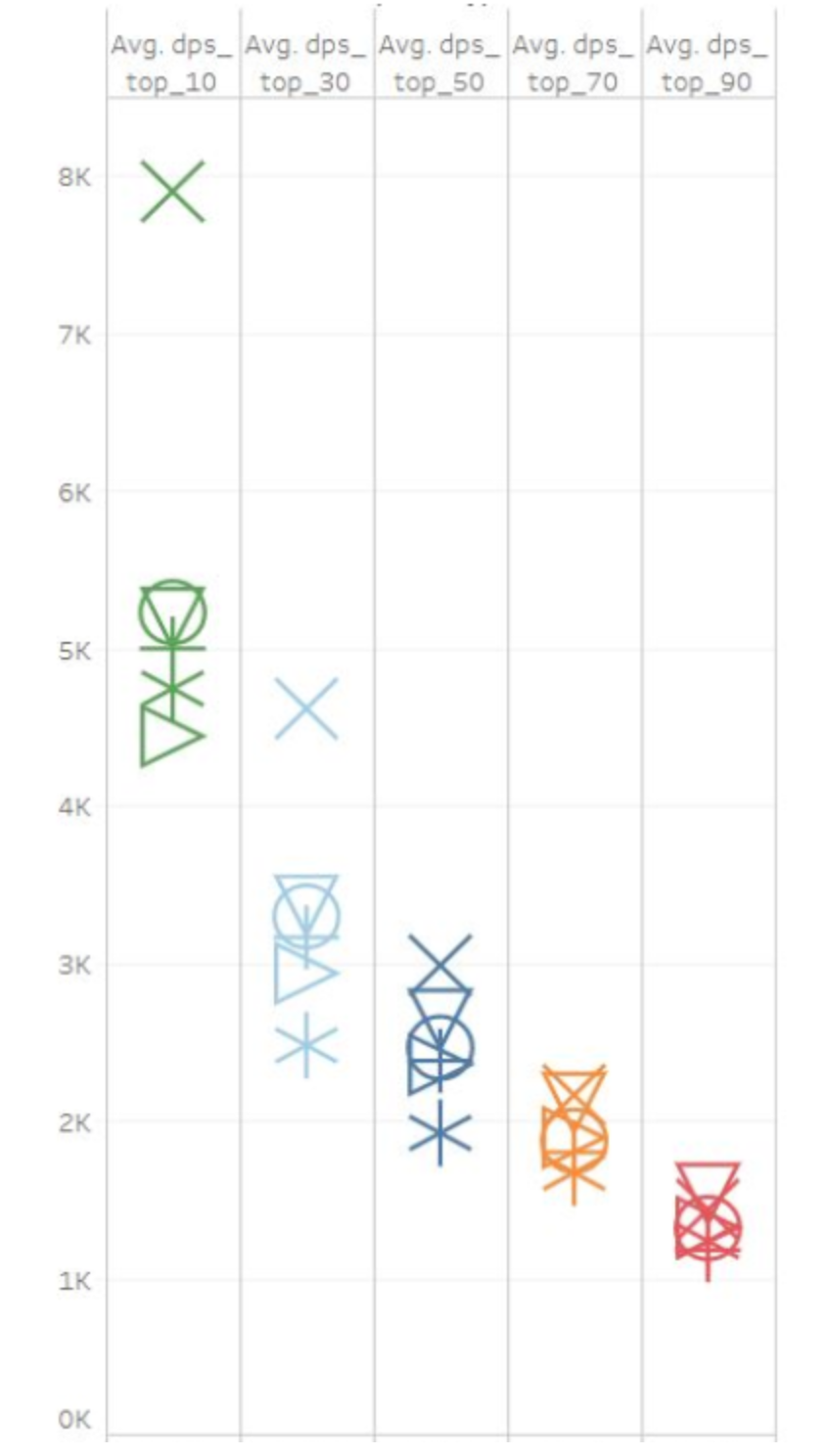 Heavy Armor Break Thanos’s Favor Bonuses: 15% -> 5% Duration and Ability Accuracy per Charge
Sig Fury These changes should somewhat shorten the DPS gap between him and everyone else once he's fully ramped up, while still allowing him to remain a top attacker, and even increase his DPS in early fights before he has built up charges.