SummonerNR Posts: 5,110 Guardian
February 19 in General Discussion
Now that the Description of Parry has been corrected to show what the actual Bonus Stun Time is related to Perfect Block chance, what are the different ways you can have a high Perfect Block Chance.
And assuming the potential Bonus Stun Time (up to 0.5, 0.7, 1.0 sec) is only fully achievable when your champ actually has a full 100% P.B. Chance (and otherwise is a straight-line % of that extra stun time based on actual P.B. % chance you have) ...

Well, using the Perfect Block Mastery is NOT it. The P.B. Mastery at best gives an extra 4%, that would result in a rather insignificant amount of extra Stun Time.

@CoatHang3r has suggested in prior Parry discussion thread that the average inherent P.B. chance that most champs have is maybe around 10%. With of course only a few champs who actually have a much higher % like OG CapAmerica, and to a lesser extent Daredevil, who would be the only ones able to receive a large amount of that potential Bonus Stun Time.

Then there is Synergies, where one of the highest P.B. combinations I think that can be reached is an extra 40% P.B. using a certain combination of Guardians / Galaxy on your team.
So on average, even using the highest P.B. Synergy combinations possible, would at best result in around 50% of the potential Bonus Stun Time.
But most other teams might only have at best only 1 or 2 pairs of P.B. synergy (5 or 10%, plus the champ's inherent 10% chance).

This is all conditional on the current description of Perfect Block Mastery actually being correct (1/2/3/4 % P.B.), but if correct I would discourage trying to use P.B. Mastery as an extra way to increase your Parry Stun Time. Even at MAX of 4%, that is even less than using a single Synergy of P.B. (5% each). 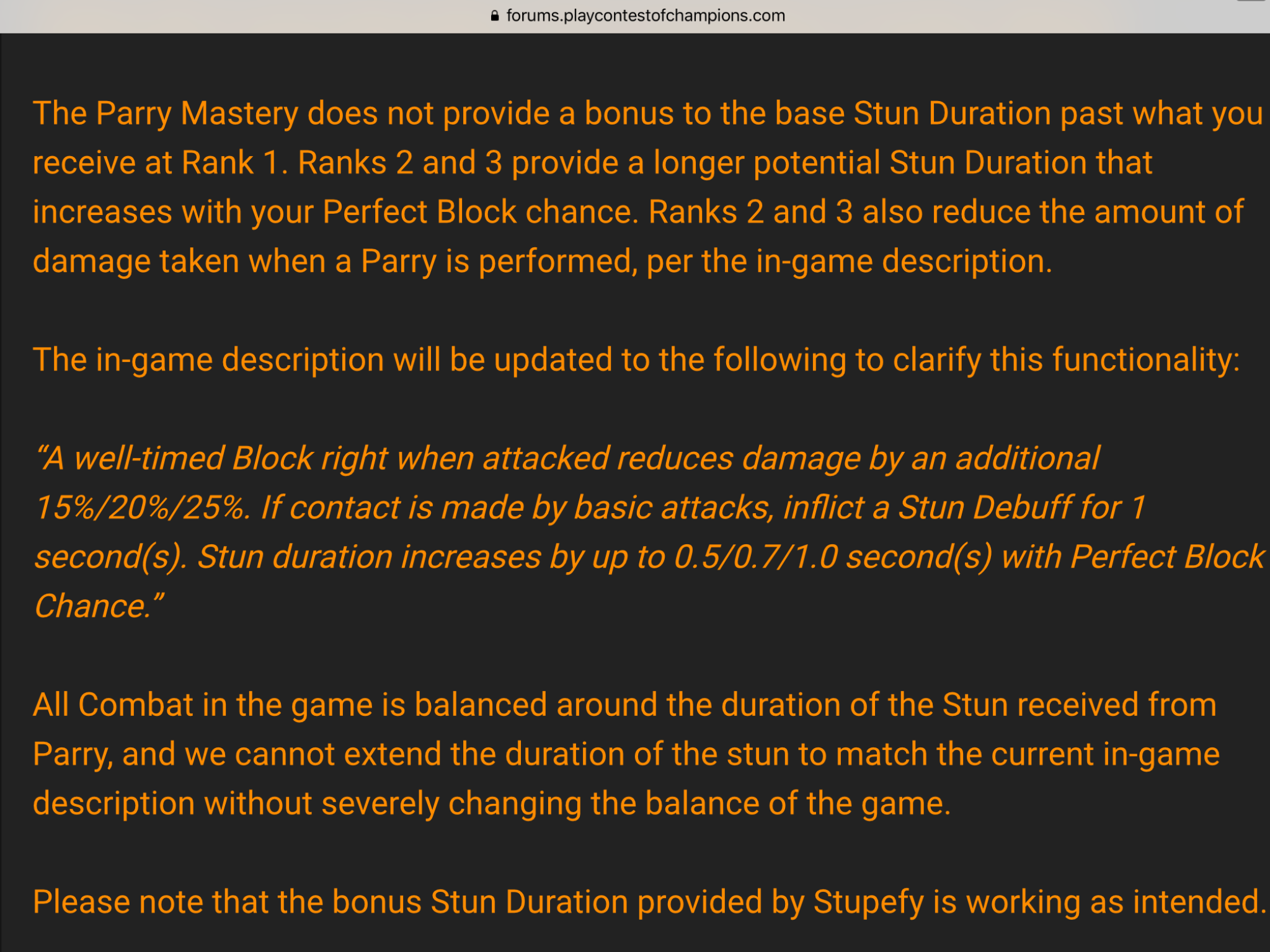