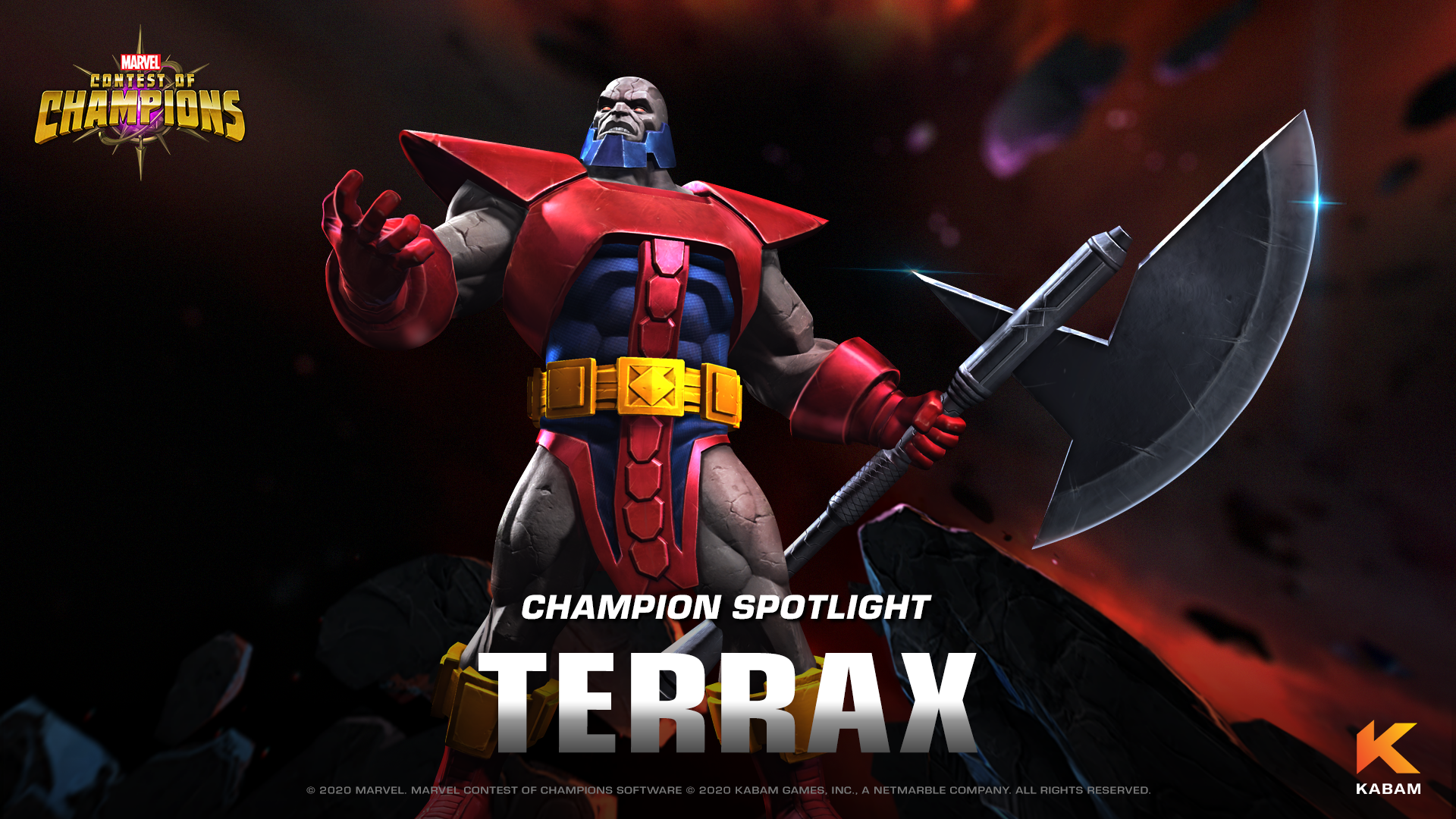 About Terrax
Tyros once reigned over the city of Lanlak on the planet of Birj. Galactus saw the brutal dictator's potential and made him his own Herald of Galactus. With Terrax's command over rock and earth now magnified and the Power Cosmic on his side, “Terrax the Tamer” became Galactus’ most ruthless conqueror.

Terrax whips up a Rock Field in battle to shred his Opponents to pieces. He can also channel the Power Cosmic to gain Indestructibility and increased Power Rate!


Rock Field - Passive: Dev Note:
Terrax’s most powerful weapon is his Rock Field. It is his primary damage source and provides him with Indestructible Charges. It also has a chance to Armor Break the Opponent which is great against Tech Champions like Ghost!


Light Attacks: Dev Note:
Terrax can inflict up to 10 Armor Breaks from his Rock Field and another- much larger- Armor Break on his Special 3 Attack. To maximize damage, keep up all the Armor Breaks!

Heavy Attacks: Dev Note:
Terrax’s Heavy Attack deals more damage the longer the Rock Field has been active, up to 20 seconds! Use this attack to finish every Rock Field for optimal damage.

SPECIAL ATTACKS Developer’s Note:
Terrax’s Special Attacks drain his power instead of instantly consuming it. During this window, the Rock Field is active! This mechanic allows Terrax to keep his Rock Field longer the more Power he gains! Keep in mind that the Power Meter drains much faster after the Rock Field has been active for 30 seconds.