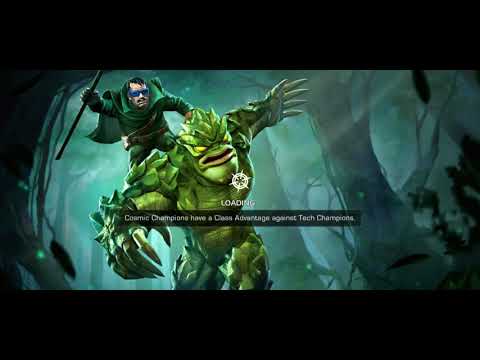 Heres a short video of me using my 3/45 Hela to smack Winter Soldier around. There are no boosts active, and I only brough 3 champions into RoL, Hela, Nick Fury, and Quake. Yes, Hela is extremely reliant on the evade synergy from NF and Quake/Antman, but when you put that Synergy on the team, leaving you 2 free slots (I usually run Ghost and Wasp as my 4 and 5), you can CONSISTENTLY do what I did in this video. In the description, I go into a small bit of detail about how to use her for general questing, but this is mostly a damage showcase. Hopefully, Seatin sees this and can give her that much deserved promotion, and if he needs more evidence, I'll rank her up higher and do an uncollected EQ and some act 6 with her.
8
«12»