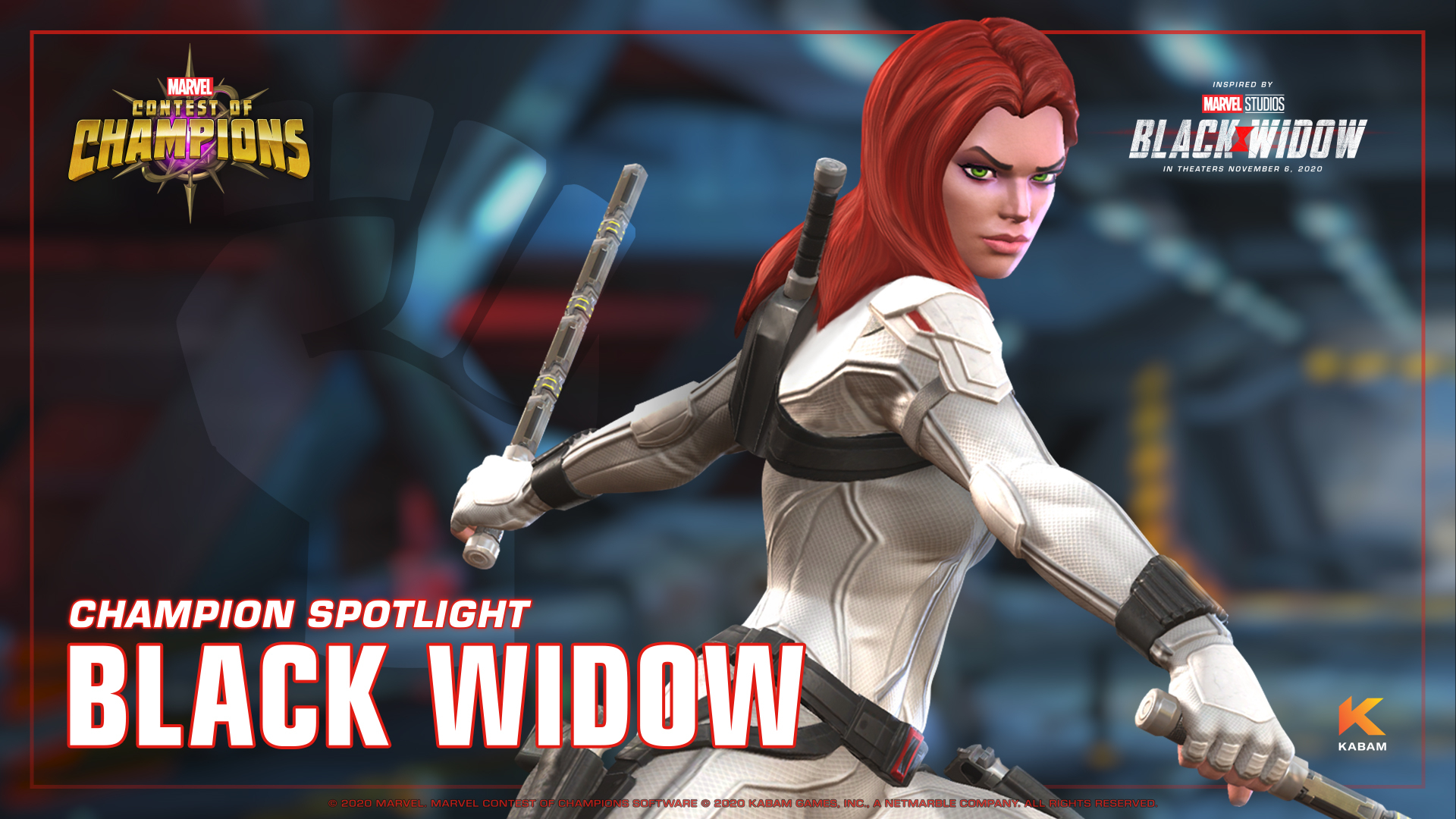 About Black Widow (Deadly Origin)
Recruited into the KGB at an early age and trained in the Red Room, Natasha Alianovna Romanoff developed into one of the world's greatest and most ruthless assassins. After drawing the attention of Nick Fury, she was recruited to join S.H.I.E.L.D. at Clint Barton's recommendation, even going on to become a founding member of The Avengers. Following the events of The Avengers Civil War, Romanoff is forced to confront the darkness of her past in the Red Room and the possibility of future generations of Black Widow assassins.

Black Widow is an assassin Champion who excels in Critical Hits, Shocks, Defensive Ability Accuracy reduction, and Evasion. Her Widow’s Insight ability triggers whenever her opponent leaves themselves open to an attack and allows her Basic and Special Attacks to strike with enhanced effectiveness. Her ability to Shock and reduce Defensive Ability Accuracy increase dramatically while Widow’s Insight is active, and also allow her to enhance her critical rating with each combo. Opponents also have to be aware of her subtle Sabotage Debuff, which deals bonus damage each time Black Widow (Deadly Origin) causes a Defensive Ability to fail.


Passive: Widow’s Insight - Max 50 Stacks: Developer’s Note: This ability allows Black Widow to capitalize on the opponent's mistakes. The window to use this ability is quite narrow in some cases, but players can use the Dexterity Mastery to trigger this ability more consistently. High skill players may already be familiar with this type of playstyle and will be able to make the most use out of Black Widow.

While Widow’s Insight is Active: Developer’s Note: Players can opt to perform two Medium attacks in their combo in match-ups versus tricky Defensive Champions such as Thing or Luke Cage. Making use of the Defensive Ability Accuracy reduction is key to countering powerful Defensive abilities.

Counter-Attack Evade Developer’s Note: Fighting Champions such as Invisible Woman and Guillotine 2099 lets Black Widow ignore the effects of their Miss abilities. Players are also able to activate this Evade by using the Special Attack 1.