Toni_Raswell Posts: 7
September 2017 in General Discussion
I was doing a legend run for the "can you find this dog" Quest, On 5-Sept-2017 and just reached the master quest when the game crashed and an emergency maintenance message appeared. Up to the crash time, I used 4x 20% boost, 4x 15% attack boost, 11 energy refill, bought an advanced questing package worth 1400 units, and redid my masteries. once the game crash I was fully out of the race for top 100 because that 25 min loss time is too much to be able to compete for the top spots. I am sure there were many others with the same situation. it's not fair that we lose over 2000 units due to a server crash that was not scheduled. The other big loss is that we have to wait for another month just to try for another legend run. Are you guys purposely wanting people to leave this game!! 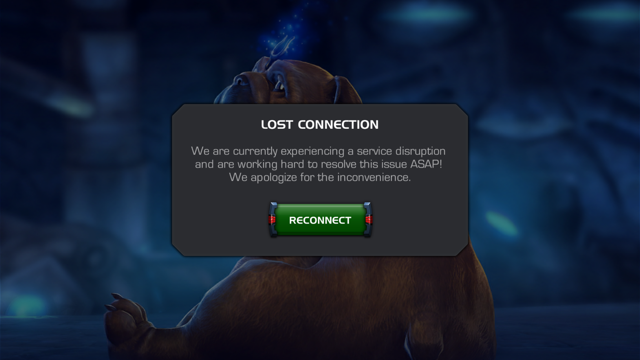