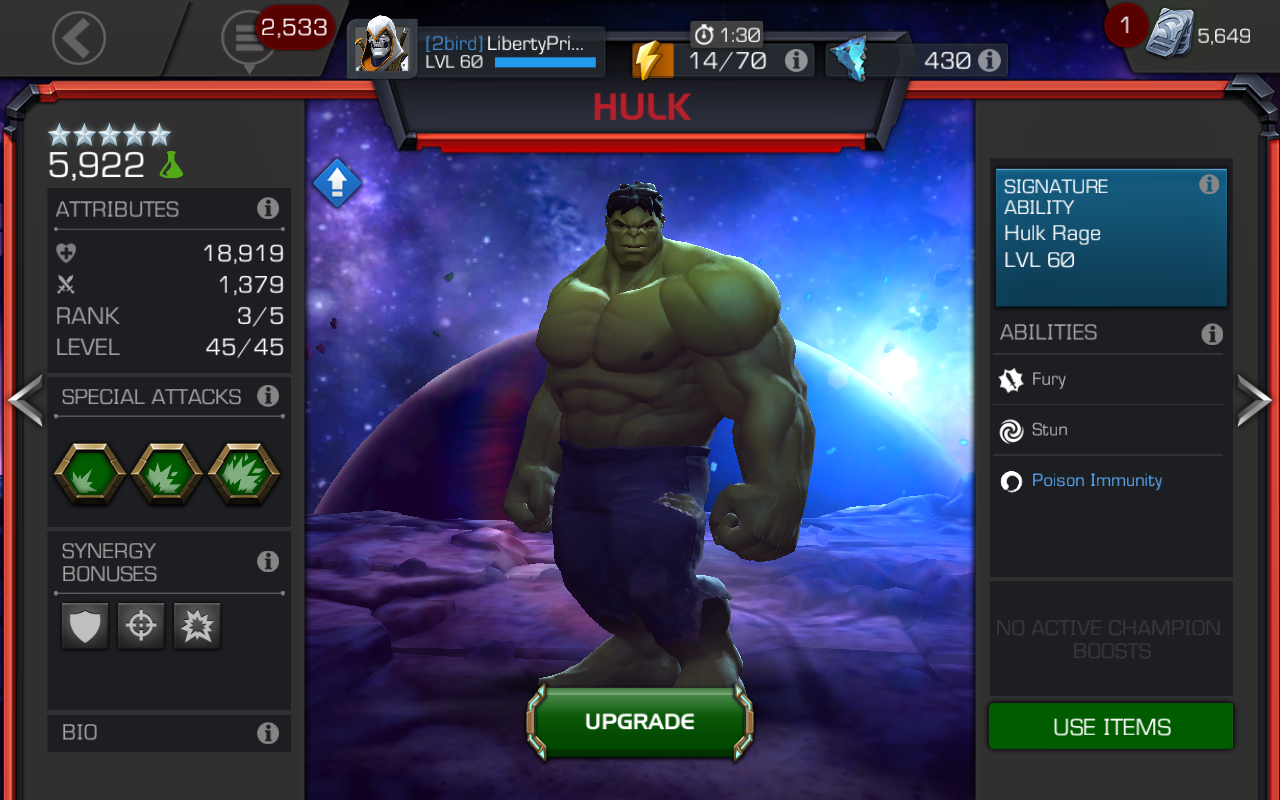 So I'm Rank 4ing my Hulk (Classic) today after getting a 2015 Science Rank Up Gem, and wanted to look over his Synergies again since I haven't done so in a while.
Two Particular Synergies caught my eye and I'm wondering how they would interact together...

First the Silver Surfer Synergy, which Turns all Hulk's Fury Buffs into Passives so they can't be Nullified and they give Increased Crit Chance when hitting a Stunned Opponent.

Then I looked at the She-Hulk Synergy, which gives Hulk +20% Duration and Potency to all his Fury *BUFFS* which is pretty self explanatory.

But I'm curious, since She-Hulk's Synergy Specifies Fury *Buffs* does that mean using the Silver Surfer Synergy at the Same Time would cause the She-Hulk Synergy Boosts to be ignored and if so is this something Kabam would fix?
0