Home› Champion Spotlights
**HOTFIX AND GOODIES**
Our latest Hotfix is now live for both iOS and Android! Please manually update your game. Additionally, because of the bugs’ impact on energy refill consumption, we have provided summoners with Energy Refills and a few other items to assist in the Contest! Sign in and check your messages now to claim yours! 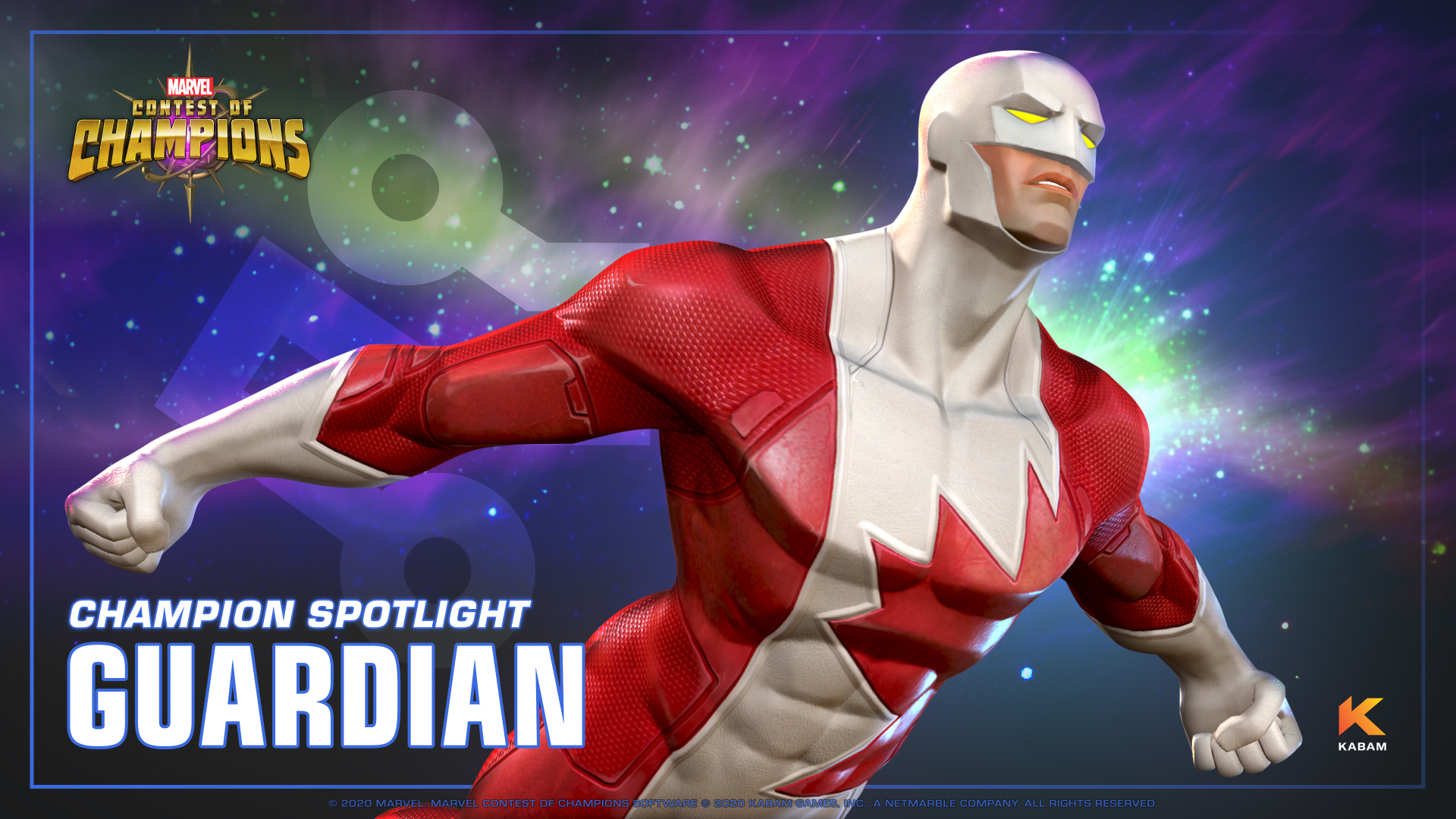 EDIT 1: Initially, this Spotlight indicated that Guardian 6% of a Bar of Power on a perfect block, instead of 10% and that his temporary force field charges lasted 16 seconds instead of 22 seconds. These have been corrected.
EDIT 2: The notice for a Bug Fix has been removed. Guardian's ability now reads: "While all of Guardian’s Ability Accuracy is below 100% for 3+ second(s), he inflicts a Shock Debuff, dealing 345.15 Energy Damage per second."
Post edited by Kabam Miike on July 2020
4
«12»