Mousias Posts: 39 ★
August 2020 in General Discussion
Context: A few wars ago, my alliance was on Tier 6 (Multiplier x3.4). We got matched with an alliance which probably was on T7 and played on T7 map, but we received T7 rewards and multiplier.

Now, we're fighting for P4. We're on T5, but we got matched with an alliance which is probably on T6. Different in game screens, show us different numbers regarding our multiplier.

I've searched through the forums, saw several issues that were kinda same, but no official answer from KABAM. Can someone either from KABAM or not, give me a proper answer of what's going on? 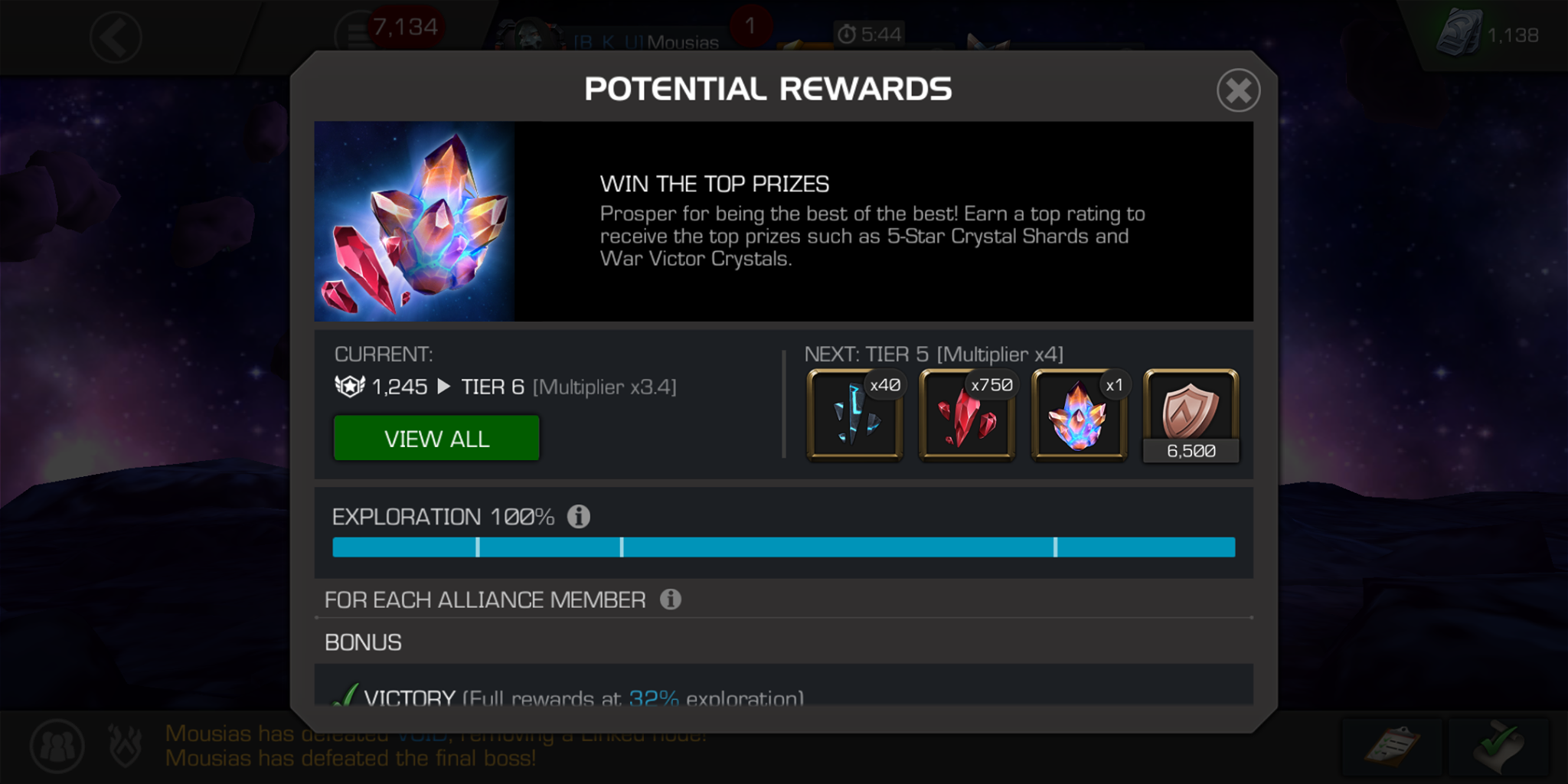 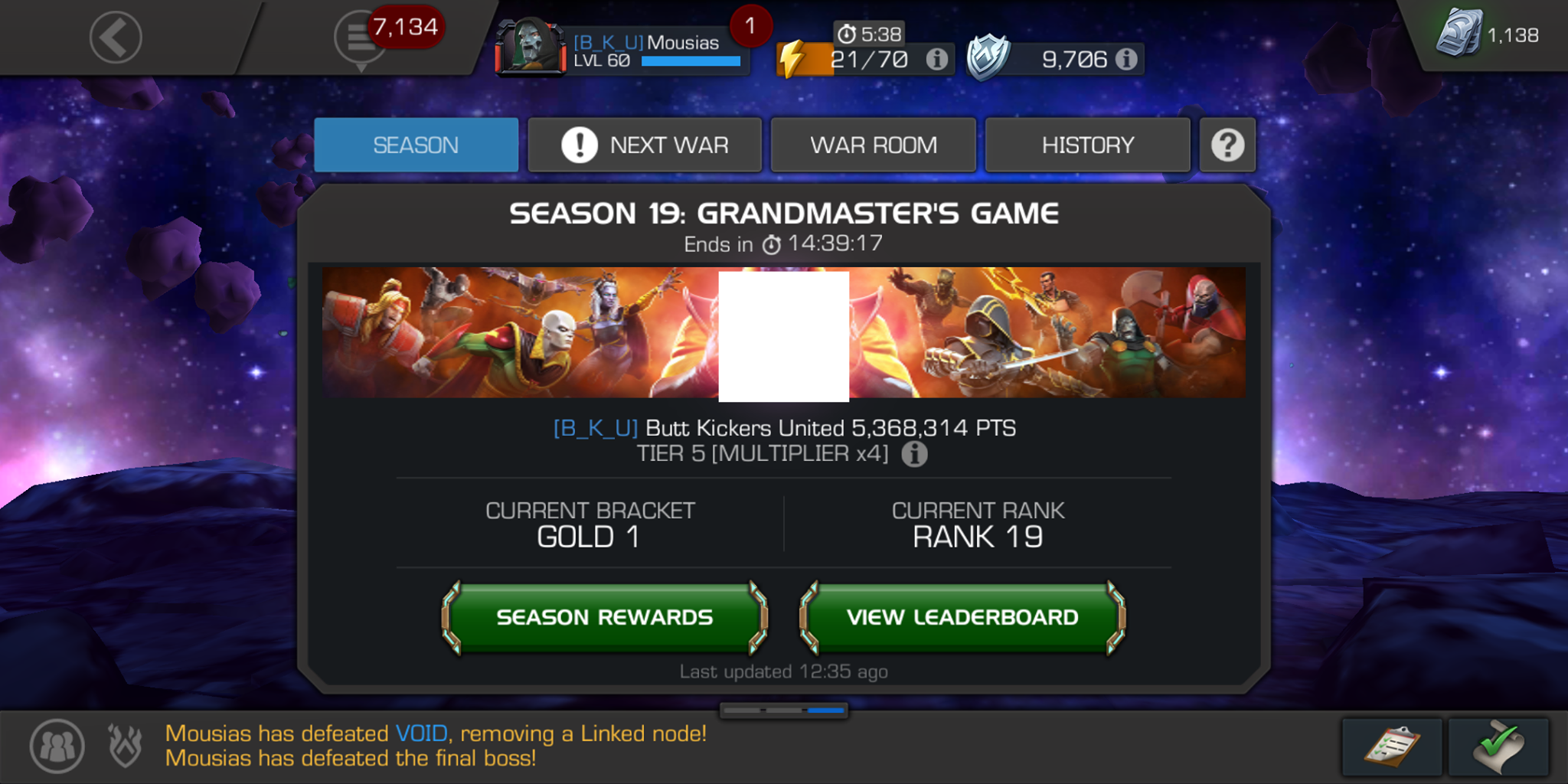 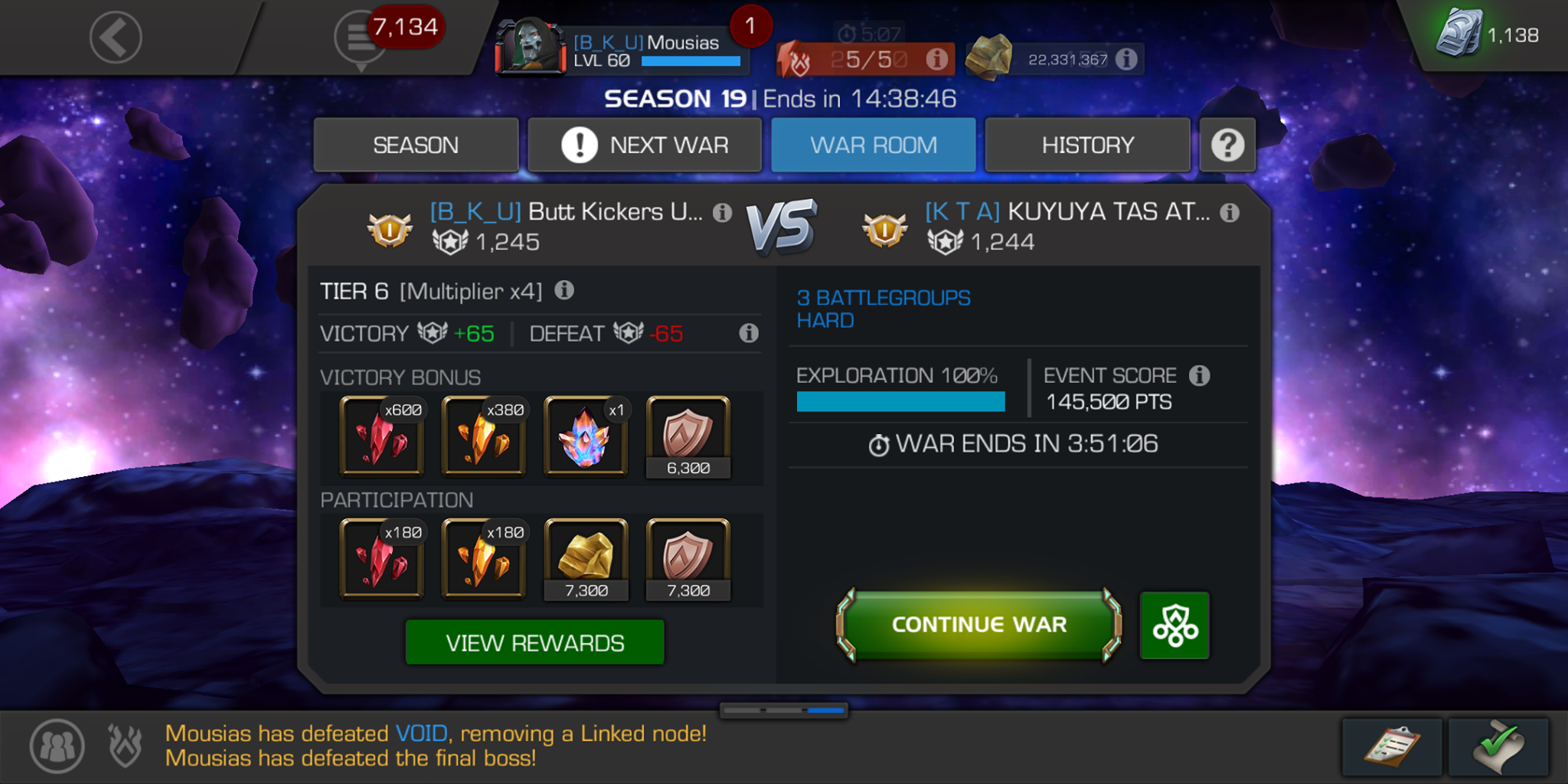