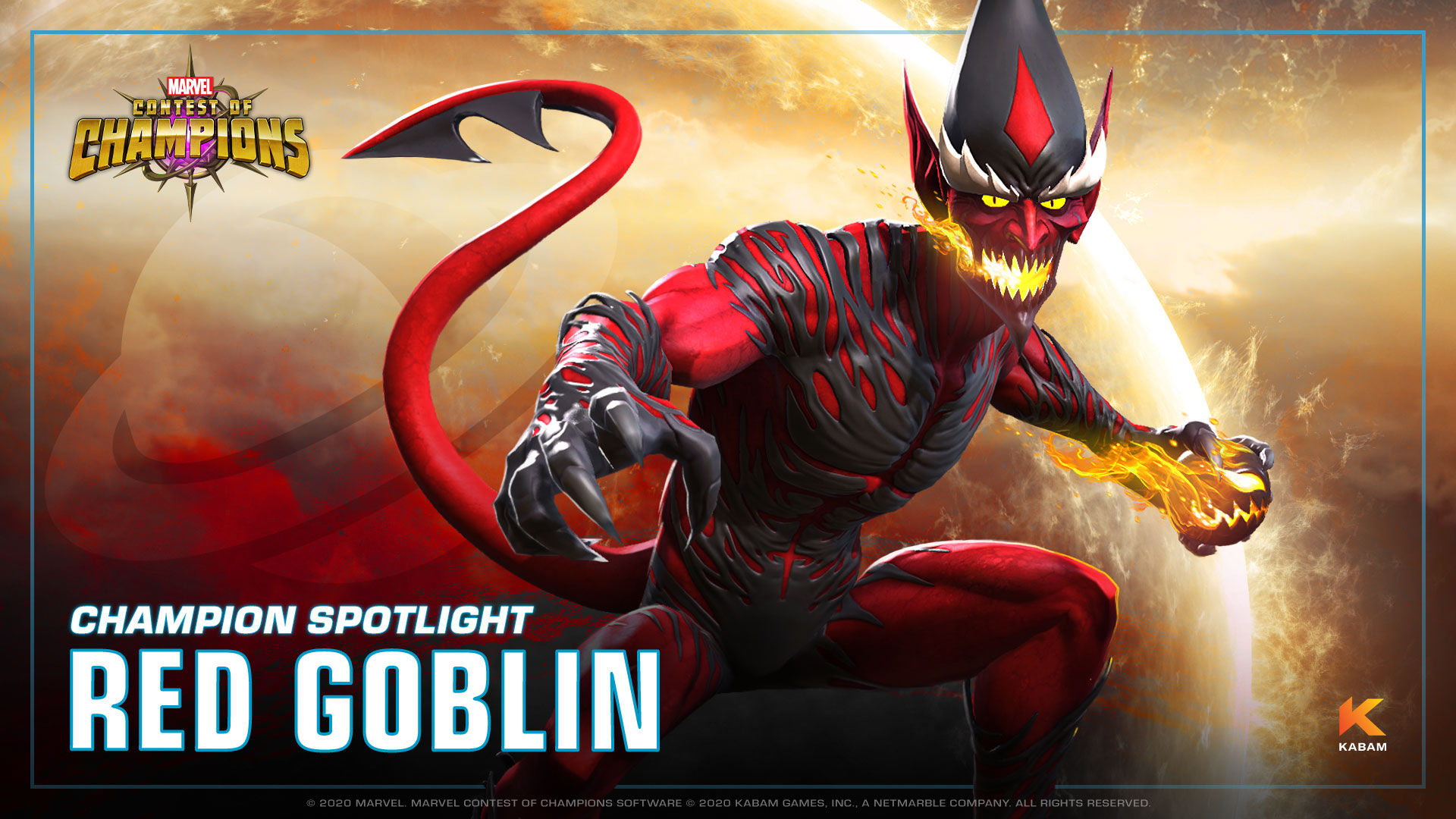 About Red Goblin
In a desperate move to regain his lost connection to the Green Goblin persona, Norman Osborn bonded with the Carnage Symbiote. The result was Red Goblin, a demonic creature with a limitless thirst for death and unmatched hatred for Peter Parker.

Red Goblin’s gameplay is centered around comboing into Special Attacks with different Basic Attacks to generate Buffs. When launching Carnage Bombs with his Special 2 or Heavy Attacks, he inflicts Debuffs on his Opponent based on his active Buffs. When his Opponent is close to defeat, Red Goblin activates Frenzy and becomes even Stronger. The potency and threshold to activate Frenzy intensifies with each defeated Opponent.


Passives: Persistent Bloodlust - Max 5 Frenzy: Special Activation - Symbiote Buffs Developer Notes: These are the key ingredients you’ll need for baking the delicious damage dealing Red Goblin cake. Maximize the flavor palette by getting a good mixture. The order you add them is important too but we’ll cover that with the Special Attacks.