I wanna do abyss a bit differently, and I need your opinions !

Onurre2 Posts: 42 ★
January 14 edited January 15 in Strategy and Tips
As you all know there is an 'easy path' on abyss. From my practices I found that Thing, Omega red and Quake fights a bit hard. I practiced a lot with the Thing (I have to say that I don't have Nick fury, but I have Aegon and doom as 5 stars and I have Human torch 6 star rank 3) and that Thing is relatively easier with Nick fury evade charges (I'm using Aegon for him) but without Nick fury that fight gets really frustrating to build up Aegon (he baits me when he has 15 rock stacks, I'm trying to hit his block to make him go above 1 bar of power but he tries to intercept and goes unstoppable. This happened almost all the time) at least I find it harder without NF synergy. I usually beat that Thing around 4 revives with Aegon (with expiring revives I practice Abyss fights) but then that omega red is really stingy to me with his special 1 and that fight requires a lot of focus to finish. Trying to stay under 10 spors and trying to baiting his special 1. After that there is a Quake fight and I have to say I'm pretty bad with her specail 1 evade. I've been playing this game for like 4 years but I still sometimes get caught by her sp1.

So I have a different plan that I need your opinions on ; 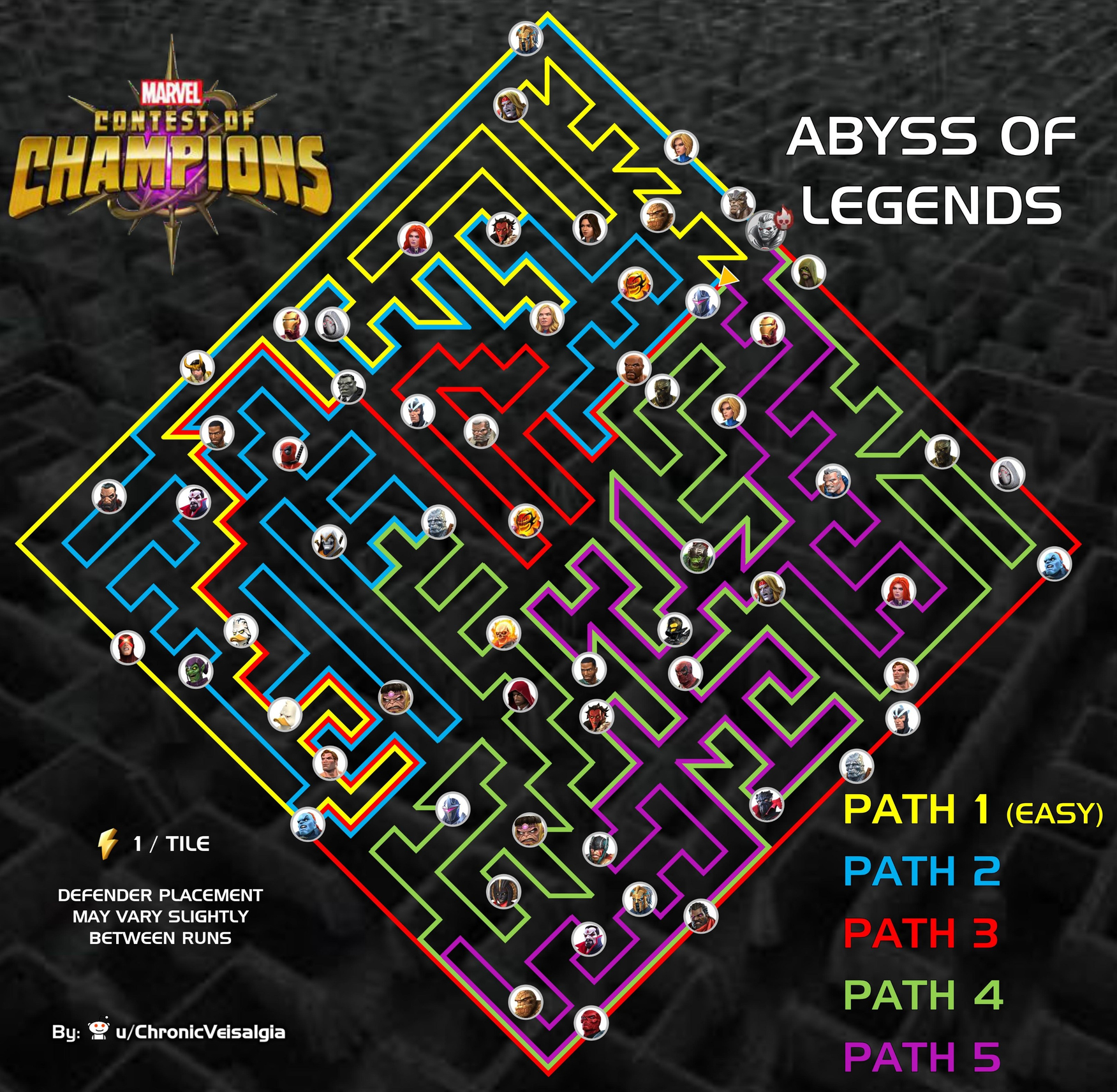 I will bring ;
As 5*65
Aegon
Doom
Magneto
Stealth spidey
As 6* rank 3
Human torch
I will start with the path 2 (blue line) and take down darkhawk with 1 revive (I practiced against him and magneto can almost easily 2shot him maybe even a 1shot) and then I'll take down Luke cage with spidey and maybe even 1shot him (I know he is a really hard fight but I watched Lagacy's video and it look really possible.) Then I'll take down Dormammu with Human torch probably with 1 revive. After the Mordo fight I'll switch lanes and go for the path1 road (yellow line). This sounds easier to me than fighting Thing, Omega red, Quake and Medusa. (I'll start ramping up Aegon on the Ghost fight which is a lot easier than ramping him up in the Thing fight)

This is my plan for my first run in the abyss to get the first clear rewards. What do you guys think? Am I making things a lot harder for myself or is it a 'not bad at all' plan ? And can I start ramping up Aegon on the ghost fight ?
Post edited by Kabam Ahab on January 15
1