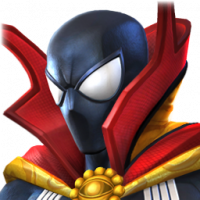 SpideyFunko Posts: 20,463 ★★★★★
February 2021 edited February 2021 in General Discussion
So the forum is full of controversial opinions and such, so I’d like to here some of yours and start some healthy (I.e no shaming and a thoughtful discussion) debate about certain opinions.

See an opinion you disagree with? Respond with a counter argument that isn’t “well you’re just a scrub and my opinion is obviously better” Hopefully we can all learn somethings about all these champs in h the game.

Here’s a few of my opinions to start:
Quake is better than Ghost
Killmonger is better than Elsa
Yellowjacket is underrated
Mister Fantastic is better than the majority of you give him credit for
G2099 isn’t a top 3 tech
16
«123»