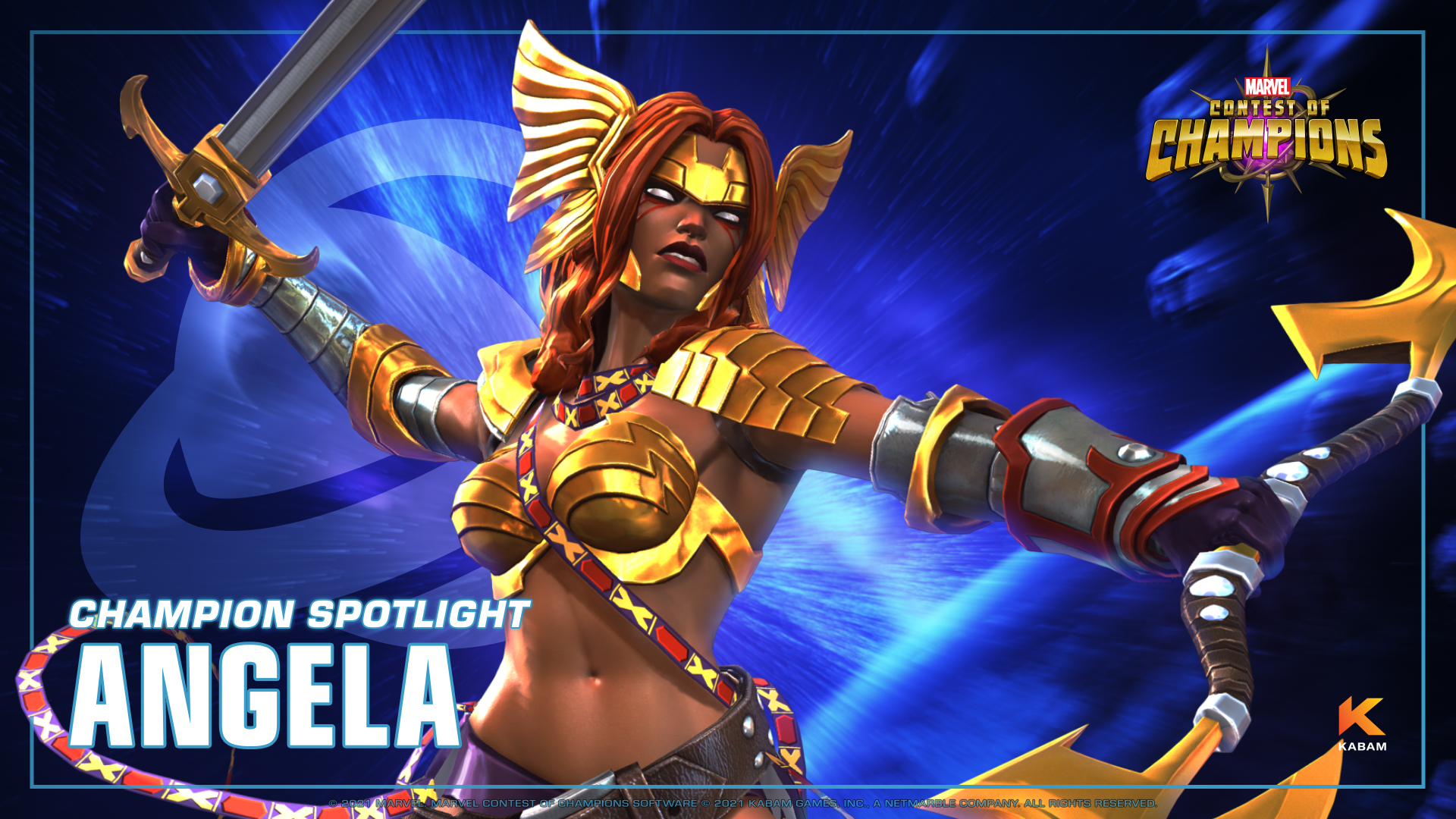 About Angela
Leader of the Hunt, Guardian of the Galaxy, Queen of Hel, Angel, Goddess. Angela is a woman of many titles. Born Aldrif Odinsdottir, the first child of Freyja and Odin, but raised as Angela by Loriel, handmaiden to the Queen of Angels, she has battled her way across the Galaxy. Now Angela has come to the Contest, perhaps the greatest challenge of martial skill and strength to be found in the Nine Realms, and beyond.