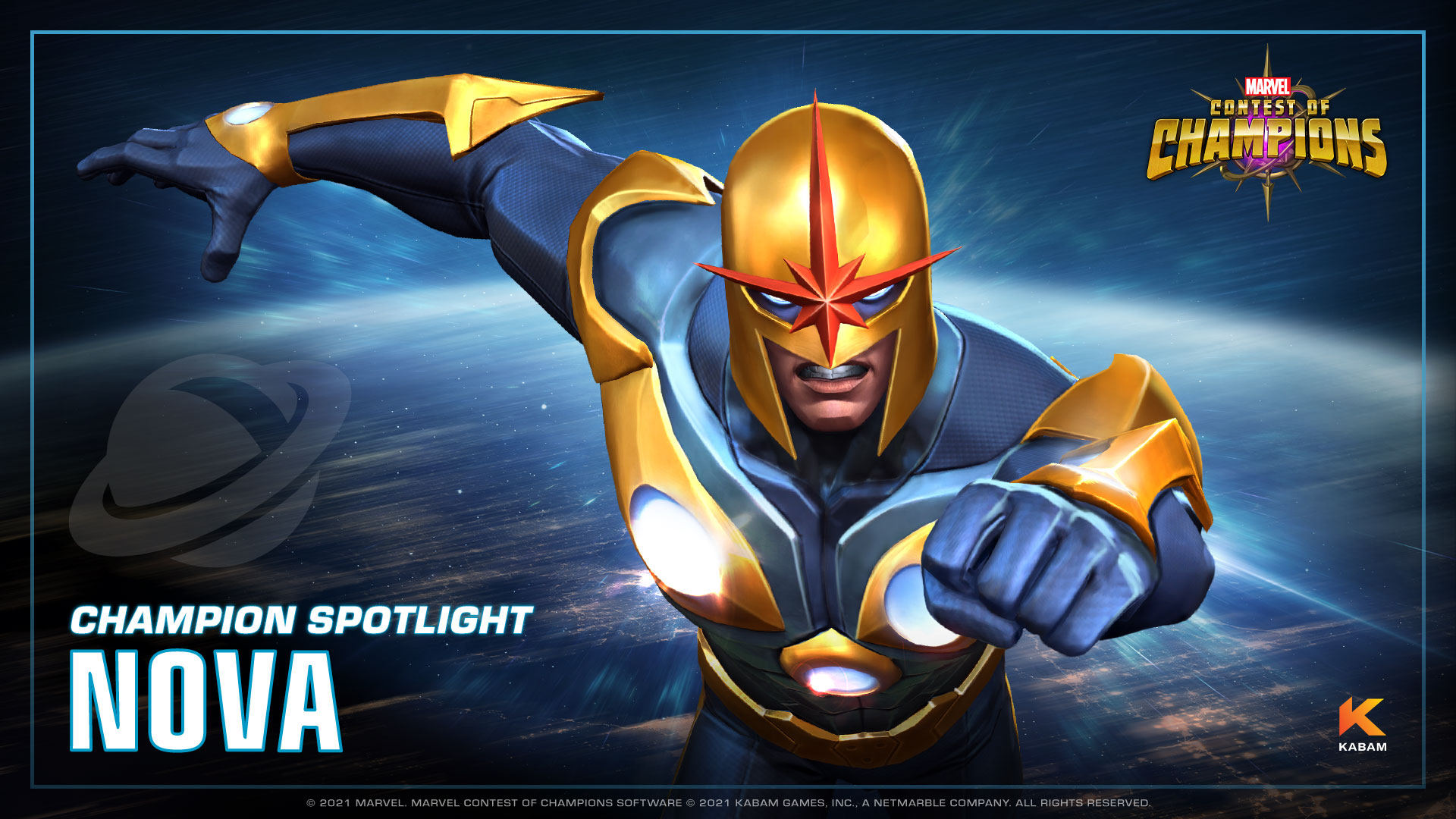 
Passive Developer’s Note: Nova’s Passive strengths make him a very resilient Defender. Champions such as Corvus Glaive and Ghost will have a hard time breaking through Nova on Defense. Players who try to stun Nova using the Parry Mastery will have to find another way to attack Nova. Nova’s Power Gain while dashing is also an ability players will want to utilize on offense.


Worldmind Intervention Developer’s Note: This Auto-Block gives Nova some extra protection and safety when going on the offense. Players will find that while he is able to move around the arena with relative ease, they can still pay the price if they are too reckless with this ability.

Nova Force Developer’s Note: Players need to note that Nova unlocks his abilities every 25 Nova Charges. To get the most damage out of the Nova Force, knowing when to consume Nova Charges with Medium Attacks, then hovering between 70 to 95 Nova Charges will grant Nova the biggest benefit.