Home› General Discussion
Summoners, there was an issue with Alliance War matchmaking today preventing Alliances from being able to match with others. As a result, this upcoming war will be cancelled. There should be no detrimental effect to any Alliance's Season performance, and we will be reducing the Alliance War Season Rewards Participation minimum to 4 Wars. We apologize for this inconvenience.

rojiblanco555 Posts: 42 ★
June 2021 edited June 2021 in General Discussion
I want to thank publicly Kabam for banning one of the most cheeky, fishy, big mercs in MCOC Latin comunity EL TIO KURT
He just did a livestream on Youtube saying that was permanently banned for passing more than 100 Gauntlet missions in the last days
This is a BIG WIN for all of us that enjoy the game and do the missions with our own hands and spend money in the game

Also he said that some of his merc teammates were banned and I a
m also happy for that
I denunced him 3 times in the past and I am really happy for all of us that he was banned permanently and some of his peers too, some of them for 1 or 2 weeks

Please continue hunting more mercs, it is the best for all players and for the game

He set private all his videos because of this

Also he said that he passed some summer of pain missions, what a shameless player

THANKS AGAIN KABAM you did it!!! 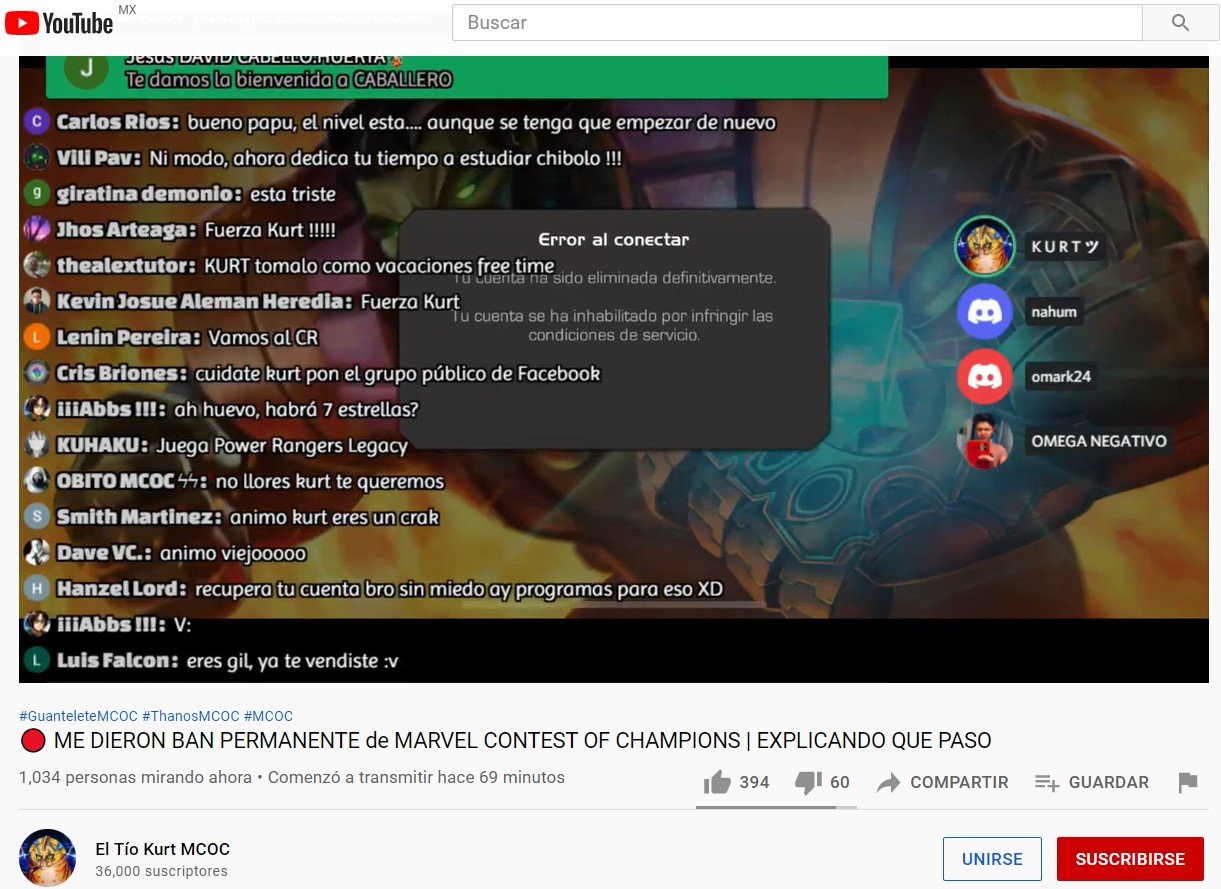