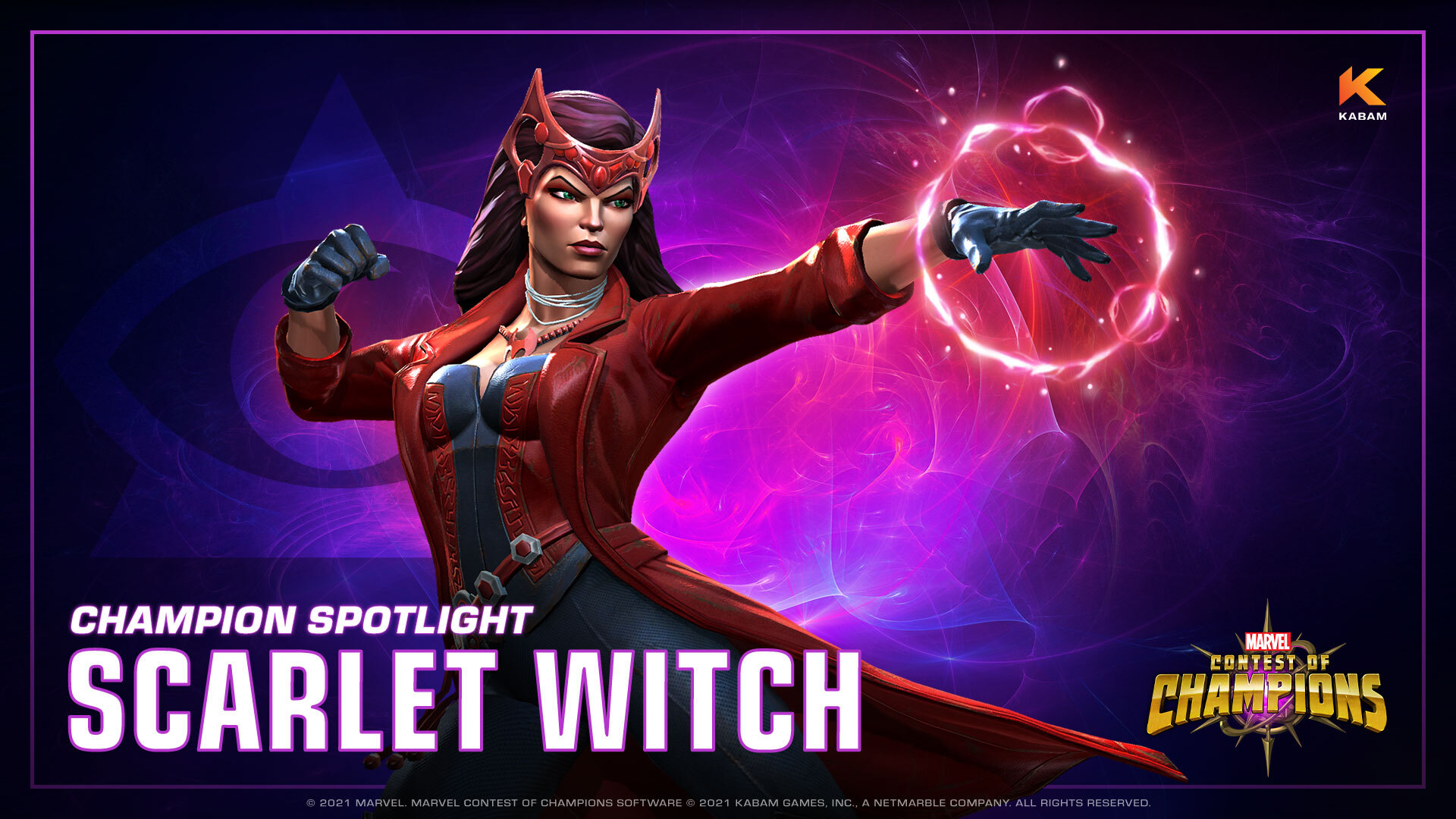 About Scarlet Witch
Gifted with the powers of chaos magic since birth, Scarlet Witch can conjure hexes of unimaginable destruction, capable of irreversibly altering the very fabric of reality itself.

Scarlet Witch is a defensive, push your luck style Champion that feeds off the chaos she creates. Launching Special Attacks create’s Instability, which increases the chances of either Champion gaining a powerful Buff when Chaos Surge activates. Use Scarlet Witch’s Well-Timed block to steal Buffs gained by her Opponent before launching devastating Special Attacks.


All Attacks: Instability: Developer’s Note: Managing Instability is the key to playing Scarlet Witch. The important thing to note here is that if you sit on 6 Instability for 10 seconds, all Instability will inevitably be removed.

Chaos Surge: Before The Opponent Lands an Attack: Developer’s Note: This Nullify occurs before the Opponent’s hit connects with Scarlet Witch, allowing her to Nullify Unblockable Buffs with her Well-Timed Block. This Nullify always targets the most recent Buff activated on the Opponent, so if you’re going to Nullify an Unblockable, make sure no other Buffs are activated after it. Scarlet Witch will excel If you can master the re-parry technique, or perform multiple well-timed blocks during a single Special Attack.

Heavy Attacks Developer’s Note: When reaching 5 Instability, land a Heavy Attack on the Opponent to drop back down to 4, allowing you to quickly launch another Special 2. Try to launch as many Special 2’s as possible without ever reaching 6 Instability.