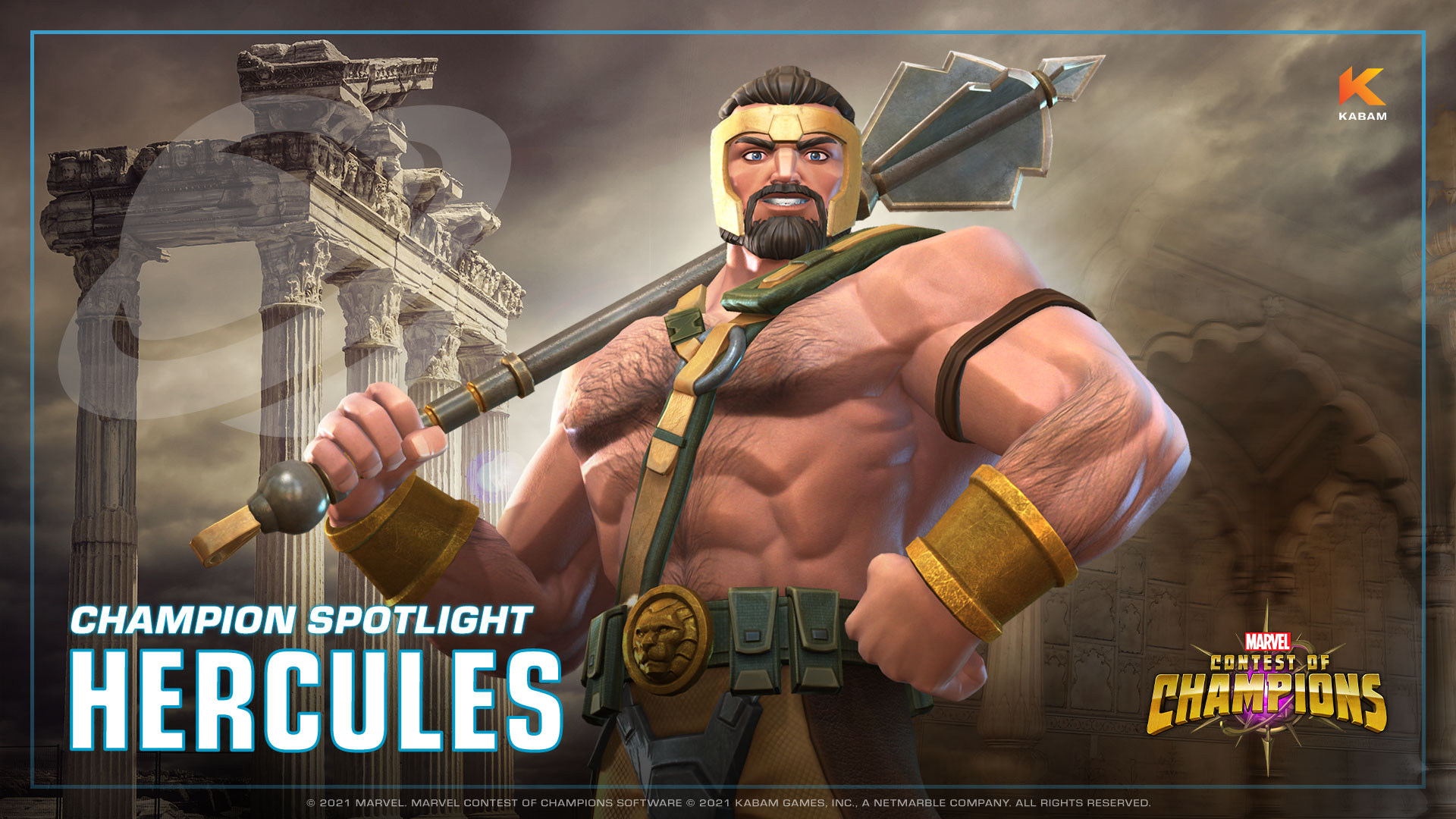 About Hercules
Born in Ancient Greece, Hercules is a demigod born to Zeus - the king of Olympian Gods - and Alcmena, a woman of Thebes. As an infant Hercules was cared for by his stepmother Hera, Queen of the Olympian Gods, and bestowed with her blessings. These blessings further elevated his demigod physiology to near Godlike heights, providing him with immense strength, stamina, immortality, and near invulnerability.

Hercules is a damage powerhouse, focusing on skillful combat by performing Feats of Strength and Intercepting with Special Attacks to unleash the ultimate flex on the opponent! As Hercules completes Feats, he gains a large bump in his base damage output and can extend the duration of all Buffs by a significant amount. The best part about feats is that they can be carried forward through the quest, allowing Hercules to get more and more powerful with each fight! Overall, Hercules is a Champion who will demonstrate and reward your personal skills in a big way!


Always Active: Developer’s Note: If using the Willpower Mastery, Hercules can heal from Bleeds and Poisons so long as their potency isn’t too crazy. This works really well with the Liquid Courage and Double Edge masteries too!

Feats of Strength - Passive - Max Stacks 12 Developer’s Note: There are many strategies to build strength and Hercules is all about finding the perfect opportunity to do so! This could be something like waiting for a Parry Stun to fall off before releasing a Heavy Attack or even intercepting a dashing opponent with a Heavy Attack to complete 2 Feats at once!

Dashing back after landing the first Light or Medium hit in a Combo: Developer’s Note: Infuriate is a great way to control the opponent’s aggression, making intercepting and special intercepting a lot easier and more reliable. This is also a great way to set up a fairly safe Backdraft-Intercept chain! Watch out when fighting Hercules, this can be annoying to fight against too, since it has a chance to make offensive abilities fail!