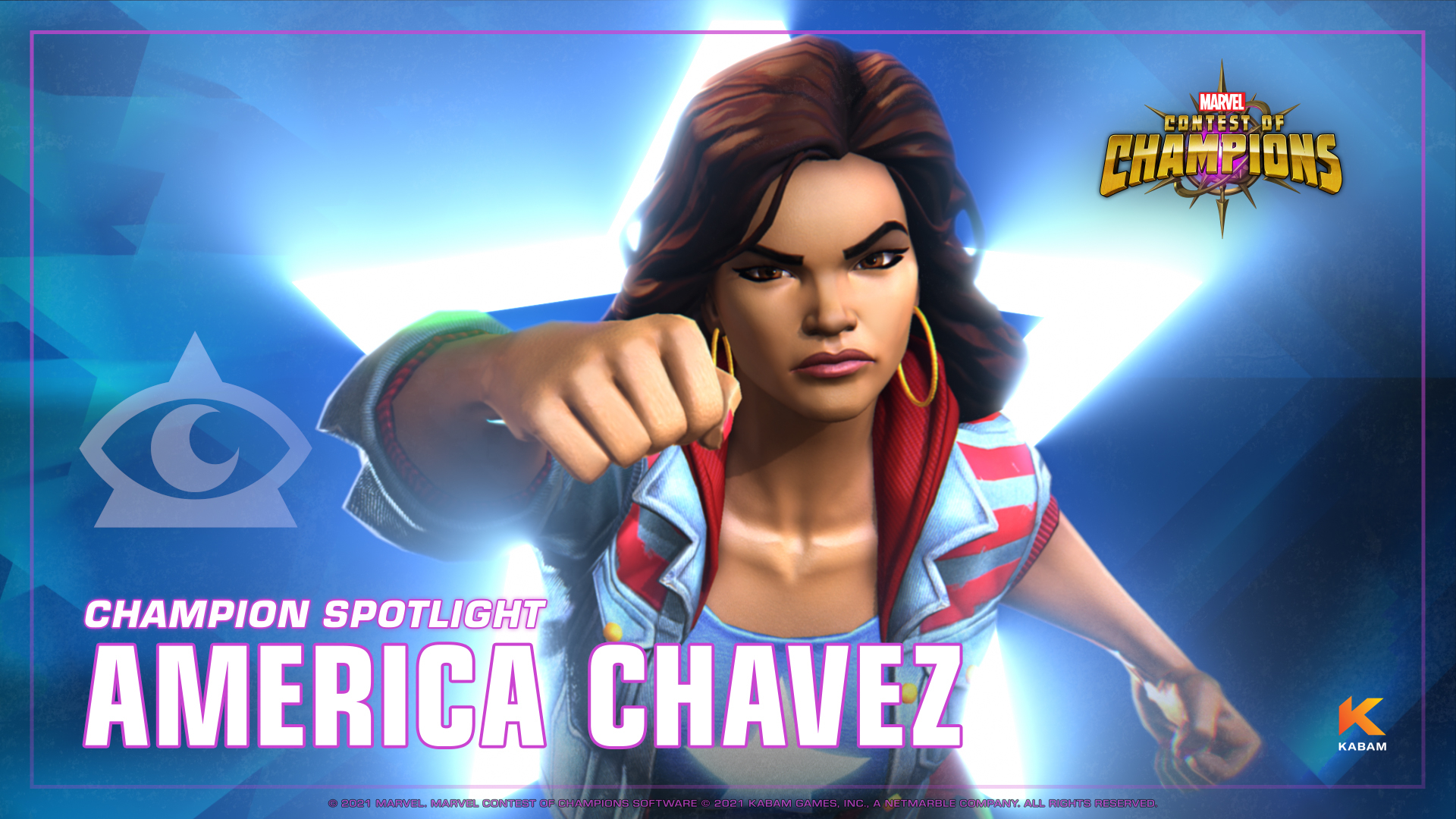 About America Chavez
America Chavez was born in an alternate dimension outside of time and space, the Utopian Parallel. Being a Dimension in close proximity to the Demiurge, America Chavez absorbed powerful mystical energies which granted her the ability to willfully travel through alternate Dimensions.

America Chavez is a powerhouse brawler who draws strength from Buffs and specializes in back to back heavy hitting combos. By launching Special Attacks during her Heavy Attack, she opens Parallel Dimensions which provide powerful utility and improves her base stats.


Parallel Dimensions: Developer’s Note: The only way America Chavez can activate Utopian Parallel and Dark Dimensions safely is by launching a Special Attack after the first or second hit of her Heavy Attack.

Dimensional Energy Infusion - Max 9 Heavy Attacks: Developer’s Note: Start charging a Heavy Attack after your third Light Attack or first Medium Attack in a combo to safely throw a Heavy Attack. This is the ideal way to end any basic attack combo.