LilMaddogHT Posts: 887 ★★★★
August 2021 in General Discussion
Been planning and farming like a mad man so I could knock out Carina Volume 1 and just finished the last objective with knocking out the Champion. Super stoked to be done. I'll be happy to rest while we wait for Volume 2 😆. 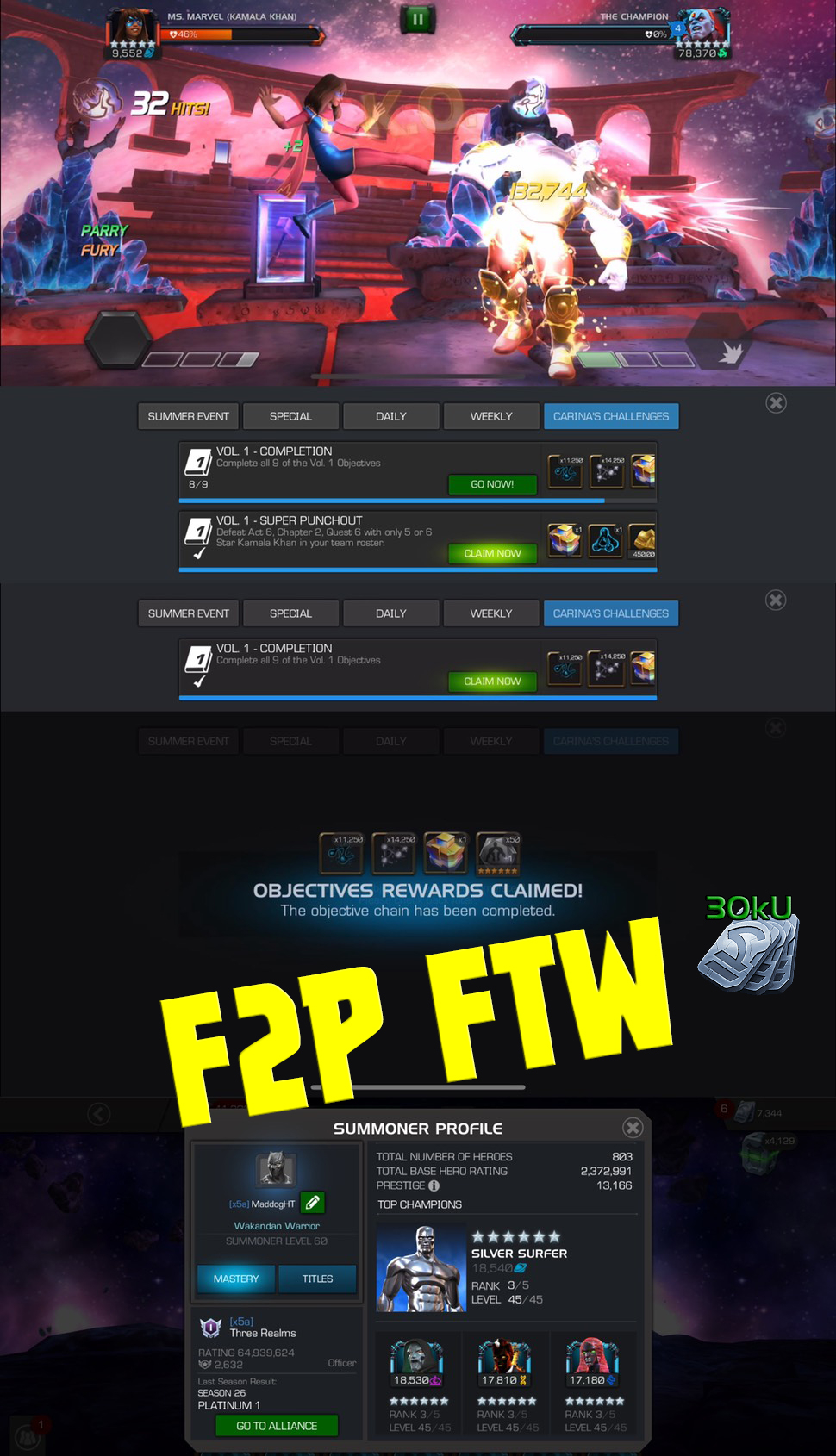