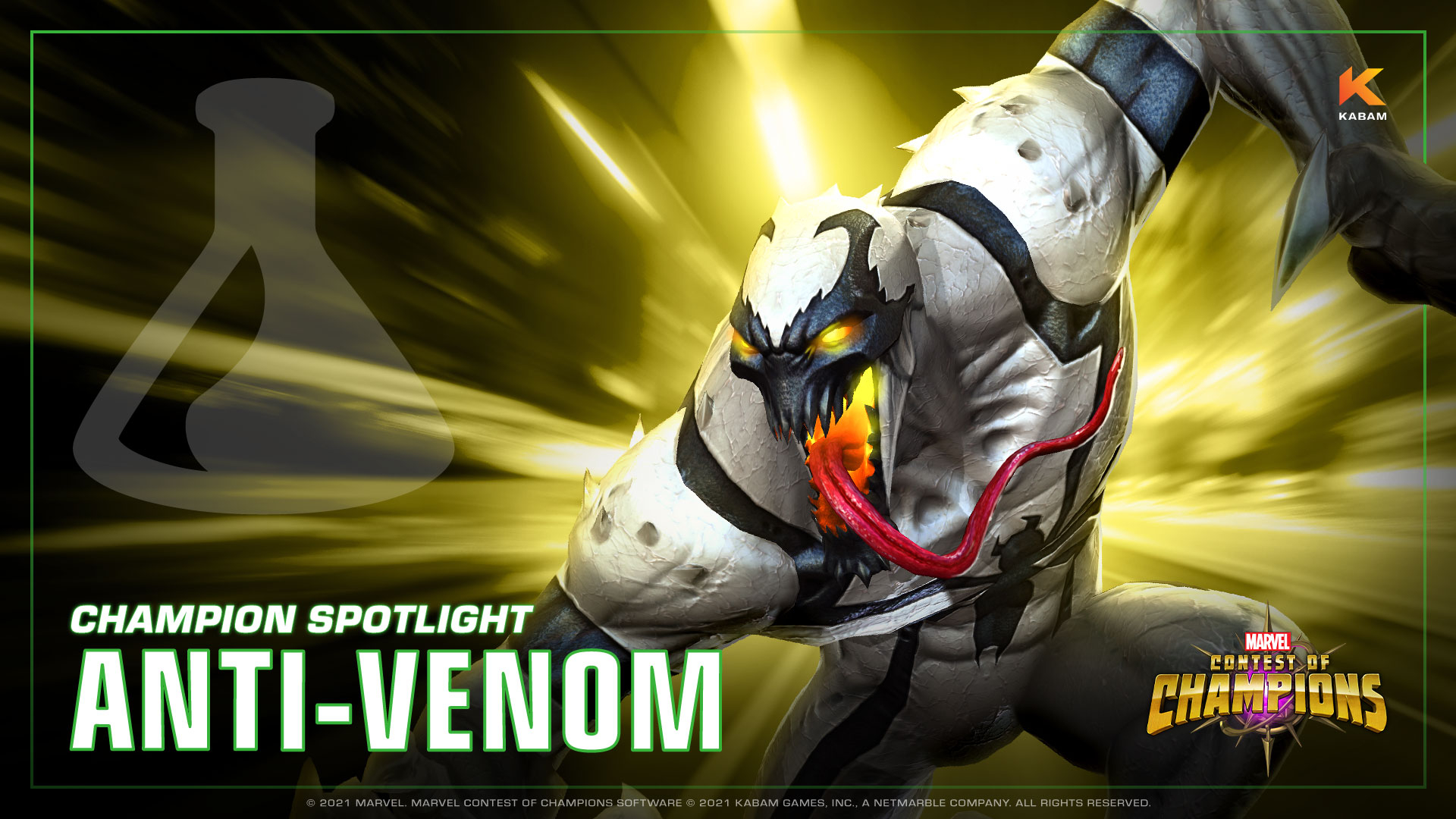 About Anti-Venom
Eddie Brock, now separated from the Venom Symbiote, had his cancer cured by Martin Li, the alter ego of the Supervillain Mister Negative. Unbeknownst to Li, his healing powers fused with the remnants of the Symbiote in Eddie’s body and created a new mindless Symbiote now known as Anti-Venom.


Always Active Developer’s Note: Anti-Venom can gain quite a bit of Power when blocking or receiving attacks, and thanks to his Signature Ability, he can do so while not losing too much health.

Genetic Memory Developer’s Note: A key aspect of playing with Anti-Venom is knowing which Debuffs to stack first against certain Champions.

Klyntar Debuff: Developer’s Note: This Debuff coupled with Decelerate is able to completely counter Mystic Champions that make use of Unblockable and Unstoppable.