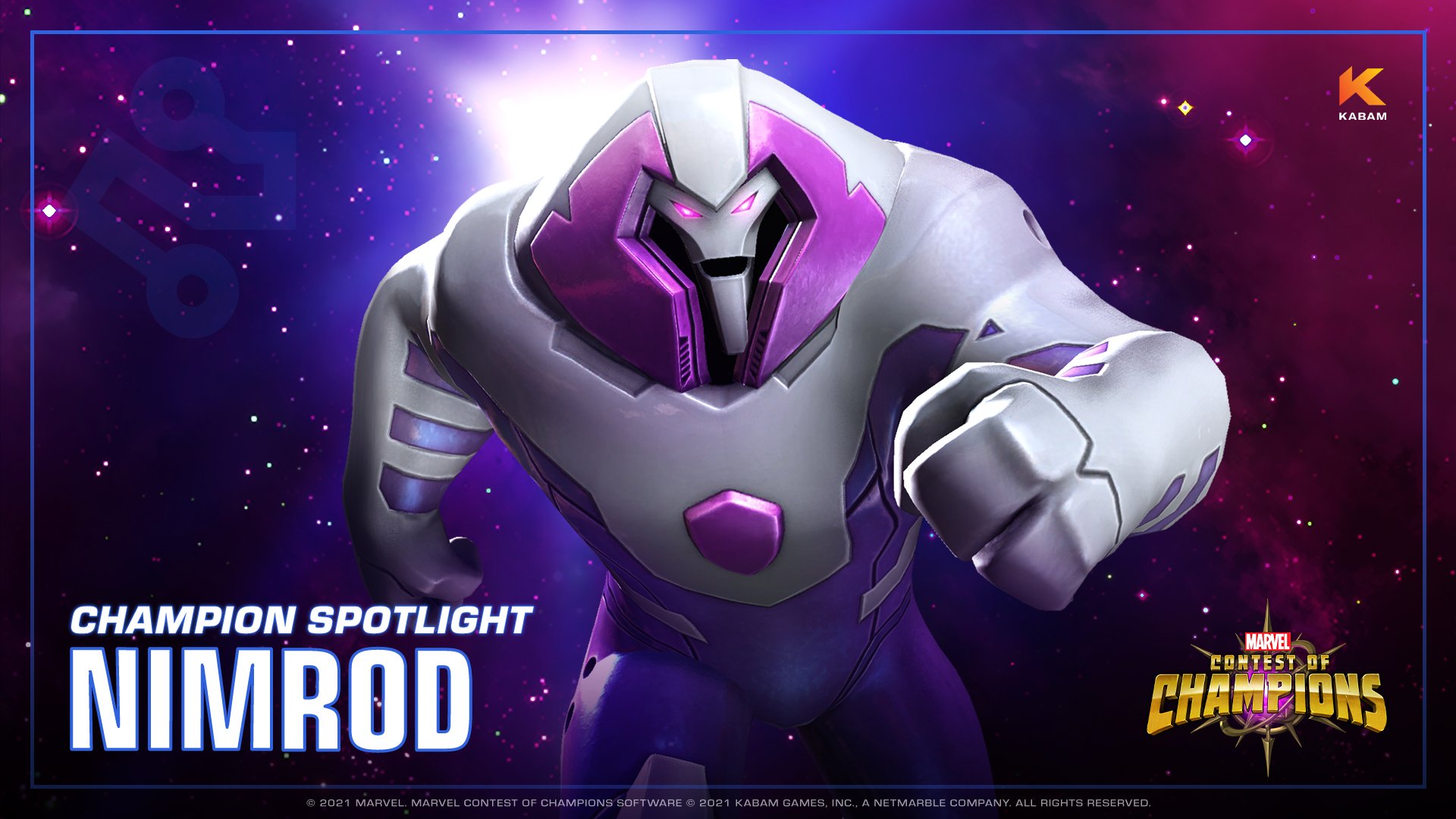 About Nimrod
Nimrod is the ultimate Sentinel. Constructed in a timeline where Mutants have been completely wiped out by the superior, infinitely advancing robotic beings. Upon realization that it’s one directive to exterminate all Mutants was no longer possible within Nimrod's original timeline, this flawless, unstoppable force of destruction begins to jump to alternate timelines, ridding the multi-verse of abhorrent the Mutant scourge.

Nimrod is a tanky Mutant Hunting Champion capable of doling out insane bursts of Energy Damage. Nimrod has an offensive and defensive mode that will alternate on a timer, or can be switched manually. Using both modes correctly grants Protocol charges, which allow him to activate both simultaneously.


When Defending a Quest Node: Superior Mutant Hunting Robot Adaptive Protocols: Developer's Note: The key to playing Nimrod is how quickly you can get 10 protocol charges.

BLITZ Protocol: Developer’s Note: This mode is great to be in during Special Attacks for the extra damage. But ideally you spend most of your time in Titan Protocol, then take advantage of this mode while Eradicate is active.