EvilRazor Posts: 143 ★
December 2017 in Bugs and Known Issues
So guys, this is a known issue that appears had been fixed, but don't. Today I was playing in t4 class event and when I fought Nightcrawler boss, he used his special 2 and became invisible for 3 seconds at least, and turned back after hit me and use lvl 1.
I noticed in animation of special, he disappeared exactly when the smoke dropped before hit with his foil.
So, the issue stills there. 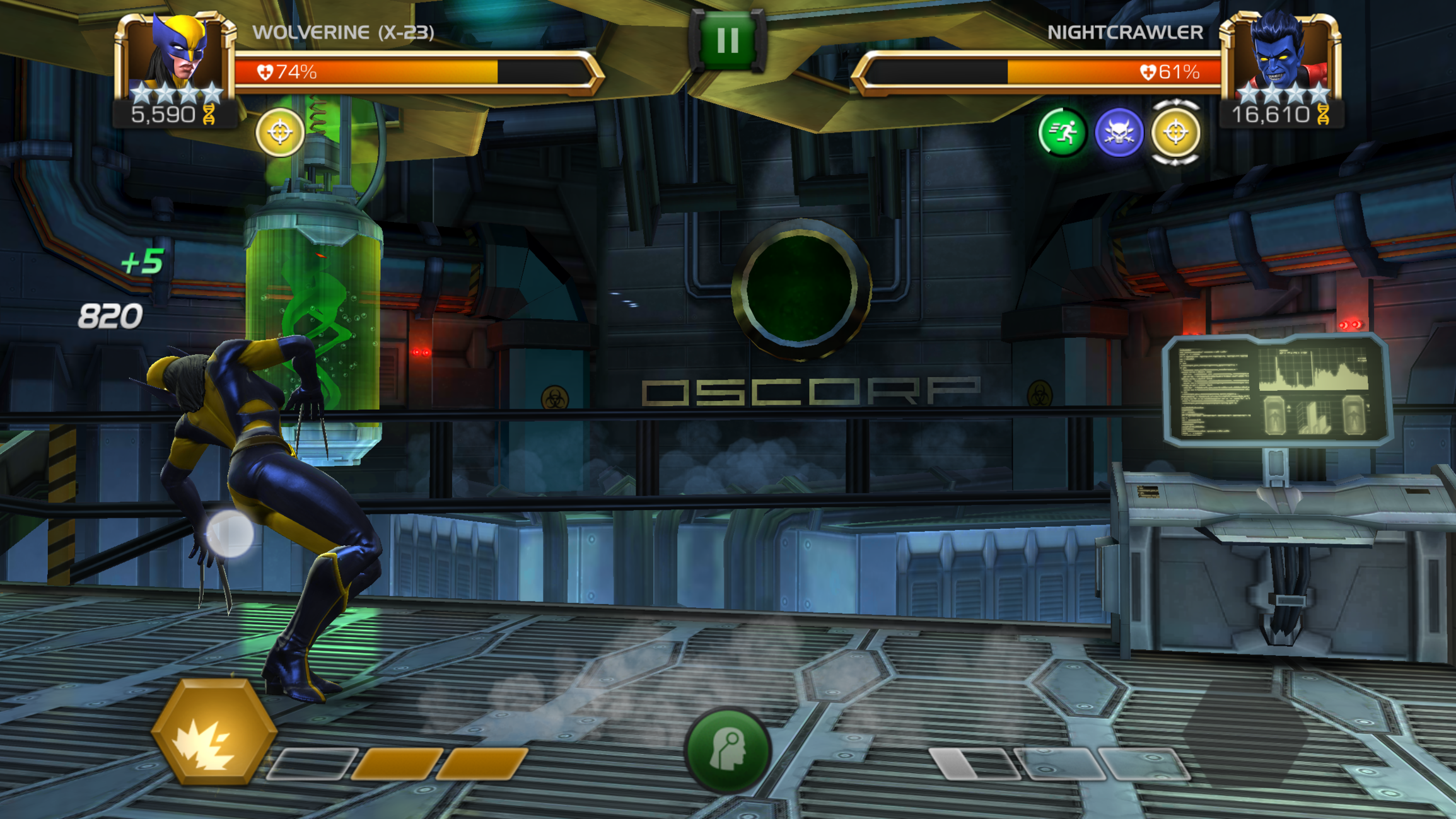