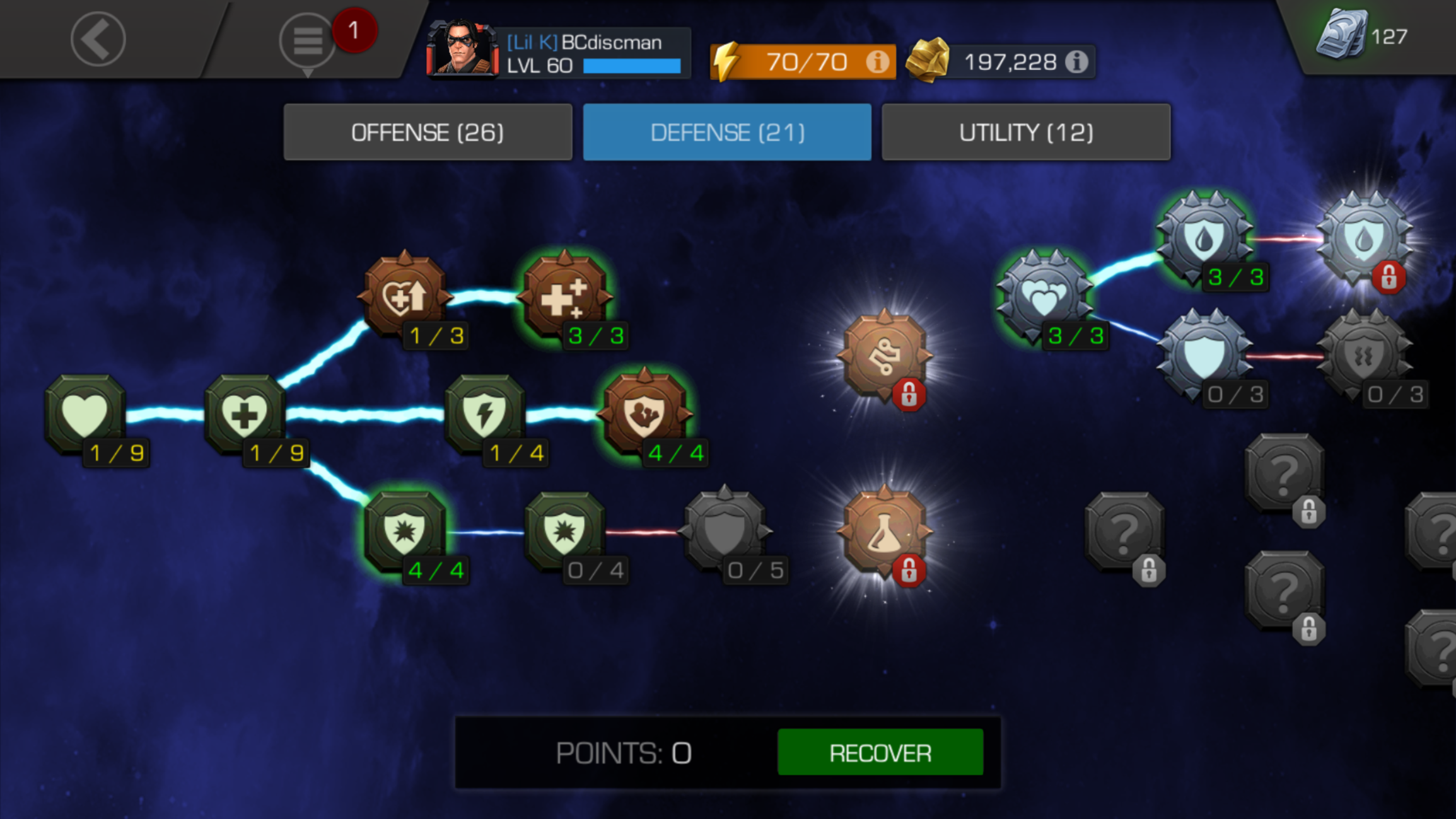 With Champions on such as Domino (champs with unavoidable damage) being released into MCOC, I think it is time that KABAM allows players to recover individual masteries instead of the entire mastery tree. For example (using my above Defense Mastery tree) I think players should be able to recover the Physical Resistance mastery and move the points to the Energy Resistance mastery without having to recover the entire Defence Mastery tree. This will immensely help us when facing a champ like Domino that hits us with unavoidable energy damage through her Critical Failure ability.

I understand that this would be a problem due to the point restrictions on such masteries as Will Power (needing 15 points in Defense tree before it is available) but there are some easy fixes. You could either do away with these restrictions entirely (face it you have nerfed WP not once but twice to the point were it is no longer the super desirable mastery that is was when you put such restrictions on it) or you could make it so players had to hit an accept button prior to mastery changes being confirmed (with the button not being available until all such point restrictions were in place if such masteries had points in them).
1