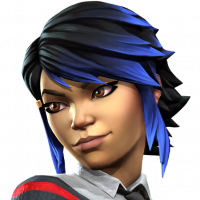 Cayko Posts: 111 ★
June 2018 in Suggestions and Requests
So, the common idea as I’ve seen it isi that covering people is legit and piloting is bad.

I realize that you’d have a hassle telling the difference but honestly this competative format isn’t realistic without covering so.... how about 30+ alliances? Let us have a few on the bench so people actually can go on vacation?
”Nah sorry hun. I have to cancel our anniversary honeymoon cuz of the mcoc aw finals” just doesn’t seem right.

the + people would still get rewards or else it won’t hold and ofcouse that means such a bench would be exploited in other ways cuz people are stupid peoole but... maybe that’s the lesse of two evils to try and keep it reasonable?

Or establish somekinda vaca covering program or idk.
People are committed tho.