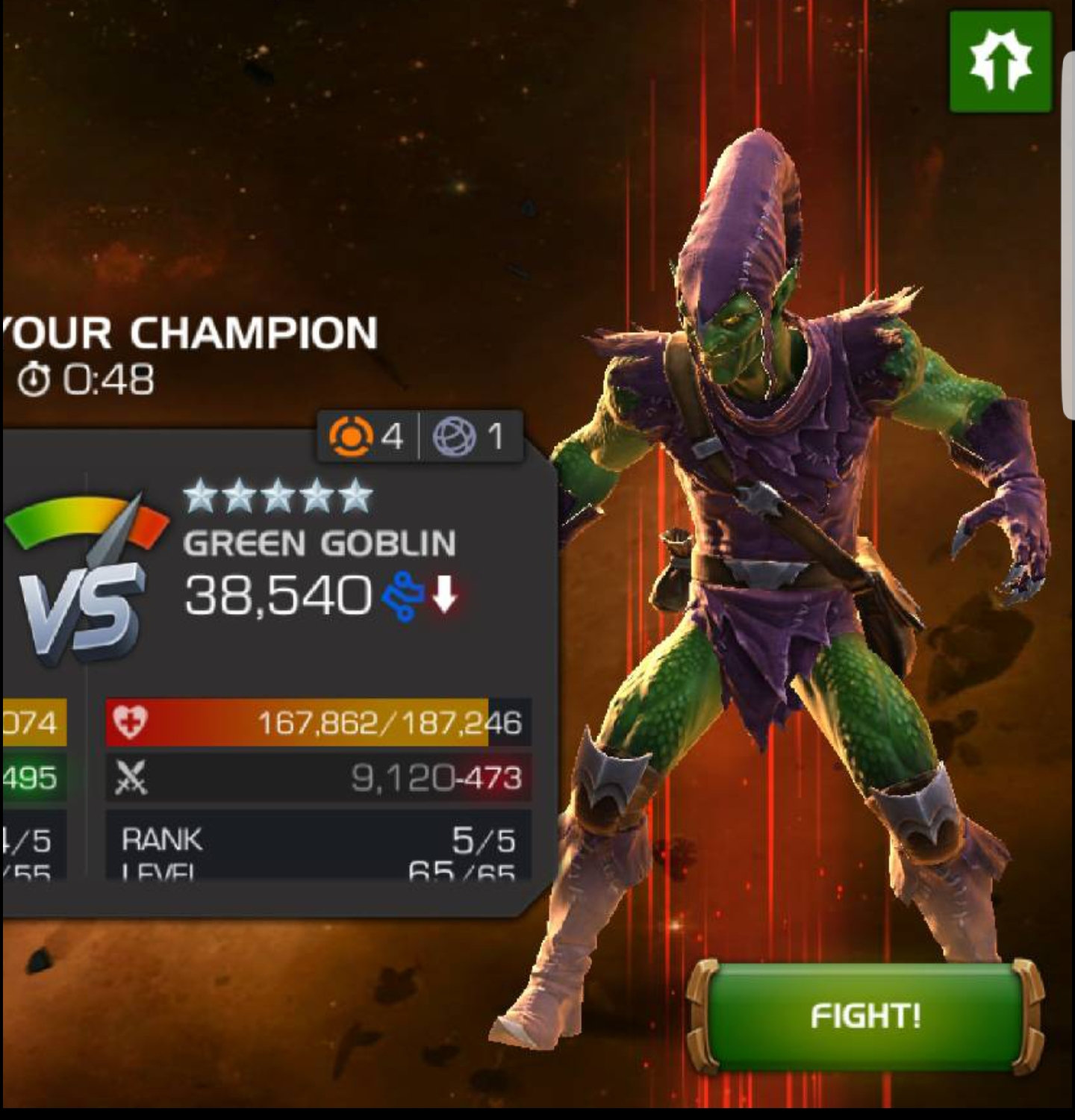 What happened here? Since when does Green Goblin has 9000+ attack?

I'm going to guess that when Kabam discovered that the 250% champion boost wasn't being applied correctly they fixed it without realizing that it would be activated before the upcoming change to AQ that converts the 2 boosts into one 450% health boost.
4
«12»