XFA_Rebooted Posts: 1,045 ★★★
September 2018 edited September 2018 in Bugs and Known Issues
Sabre Tooth's side of the synergy allows a 20% chance to be unblockable. When the opponent activates unstoppable you then have a chance to go unlockable and remove the unstoppable buff. Is there a chance for this buff to be nullified as well? If so it would be 4%... Or is this synergy actually broken? 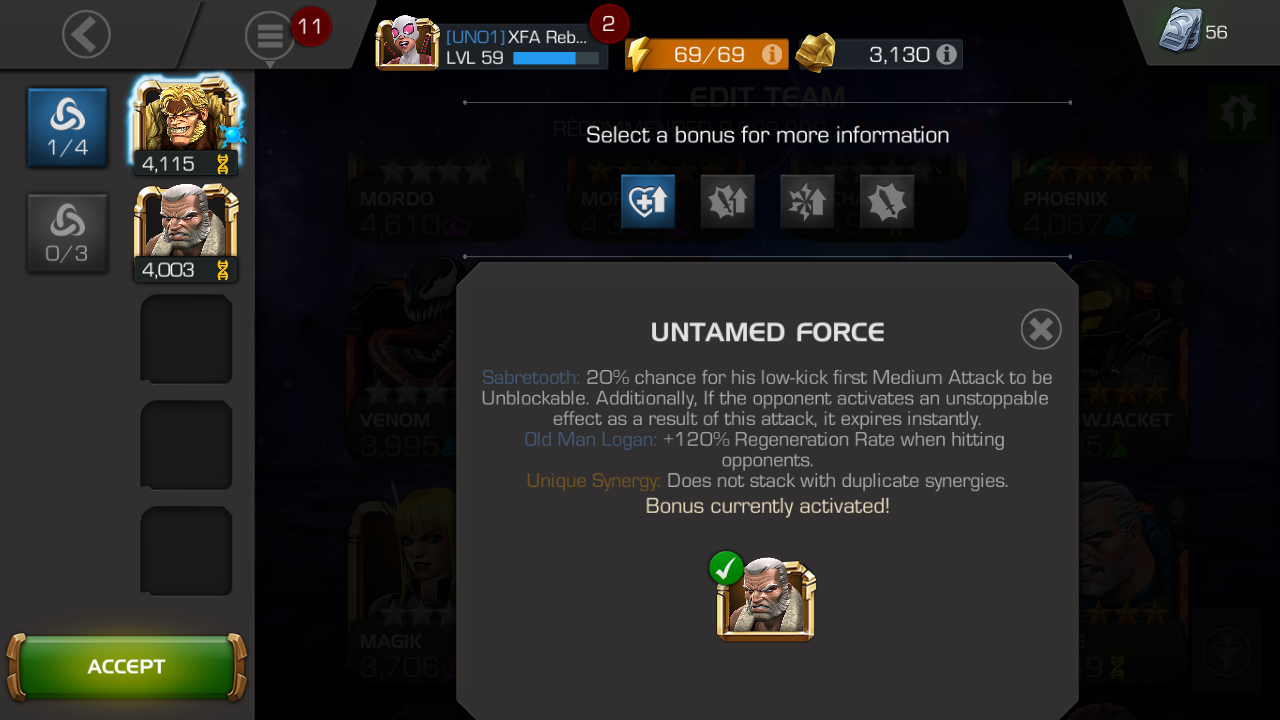 https://drive.google.com/file/d/1ID_1sQKKqr6xQrvio3Epzu26Uzkhmx_w/view?usp=drivesdk
If this isn't broken it may need to be edited for clarity.
1
«12»