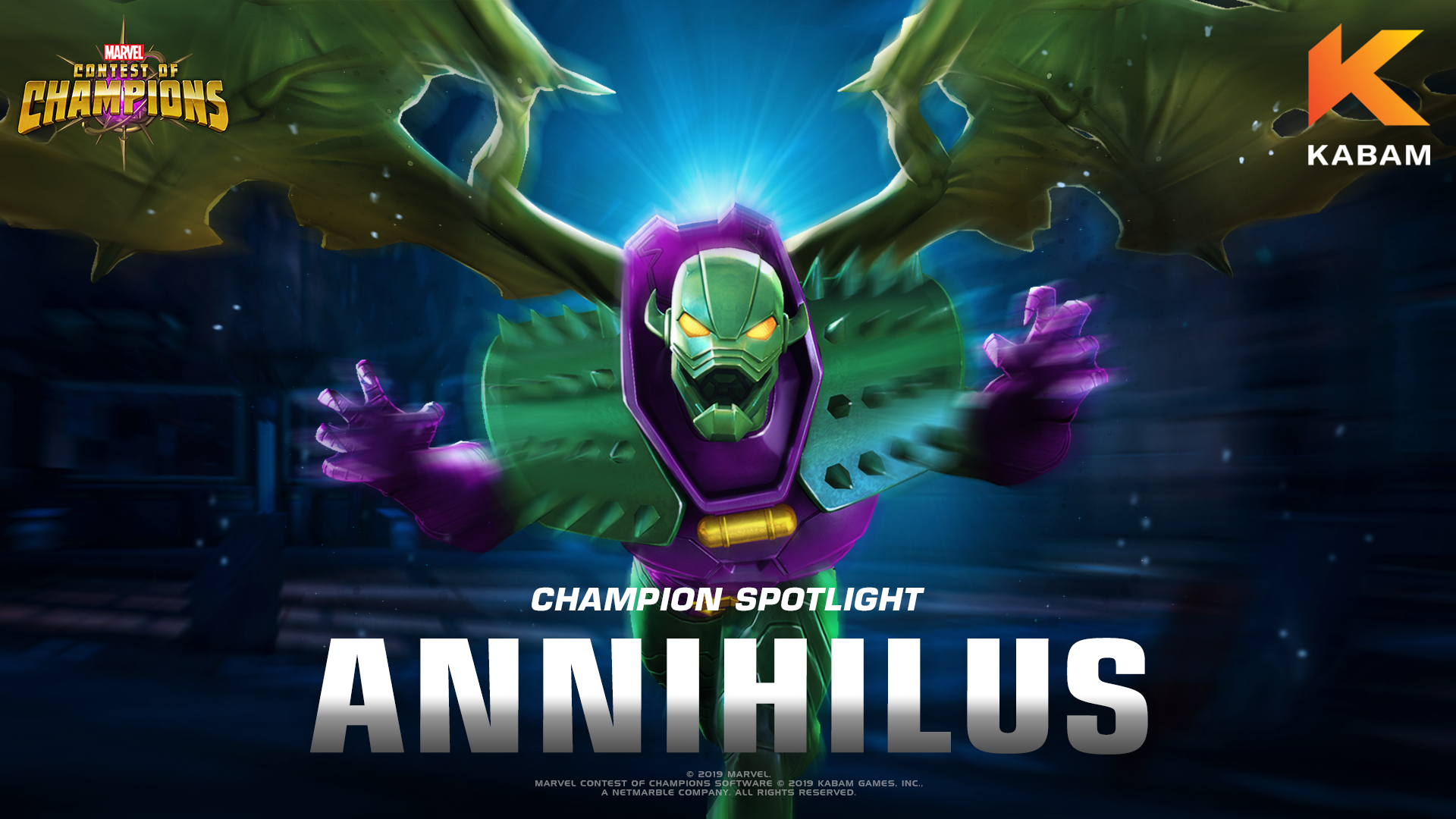 ANNIHILUS SUMMARY
Annihilus is a momentum based defender that excels when trapping his Opponent in a corner. Annihlus’ Cosmic Control Rod provides him an array of immunities and powerful attacks that allow him to generate Fury’s and Unstoppable Buffs.

COSMIC CONTROL ROD - BUFF Developer Note: The Cosmic Control Rod is the key to Annihilus’ kit. If you can remove this Buff he will struggle to turn the momentum of the battle in his favor. If you main Stark Spiderman, no need to read what this Buff does. You should just go fight Annihilus… everything will be fine.

OBLITERATING STRIKES Developer Note: The Parry Mastery has no effect on Annihilus if his attack was an Obliterating Strike. Be careful! Confirm you successfully stunned him before launching your counter attack. That is unless you enjoy eating Bug Knuckle sandwiches.

STIFLE (MAX 12) Developer Note: Keep in mind that Stifles are still applied if the opponent is blocking, so sometimes it will be worth striking into a block to apply a few more Stifles to use later. When fighting against Annihilus, Stifles on their own aren’t that big of a deal. Don’t be afraid to let them stack up. The key is to pick the right time to dash back and get them off of you.

SYNERGY BONUSES
CHALLENGER - UNIQUE SYNERGY Developer Note: Annihilus trusts no one but himself, but he does ally with others every now and then. Each of Annihilus’ Synergies come with a Contingency Plan that provides him with a Unique effect that comes into play in that specific matchup.

DOUBLE NEGATIVE - UNIQUE SYNERGY Developer Note: This one is a little weird. If the Cosmic Control Rod is active and Annihilus is taunted, he gains Unstoppable, Unblockable, and True Accuracy Buffs. So this Synergy just makes it so Annihlus blows through any Auto-Blocking champions.