Even Nameless Thanos in Master cannot be KOd

raffster Posts: 1,070 ★★★
April 2019 in General Discussion
I’ve spent over a thousand units on revives and he wouldn’t go lower than 17%. I am just going to skip the master and epic final quest this month. Not worth the unit spend and the Kabam folks didn’t bother scaling the rewards to make fighting Thanks on both master and epic worth the pursuit.

Good job, Kabam. Thanks for only thinking about the folks who are either willing to drop thousands of dollars for garbage rewards or those who have a full deck of R5 5*s. 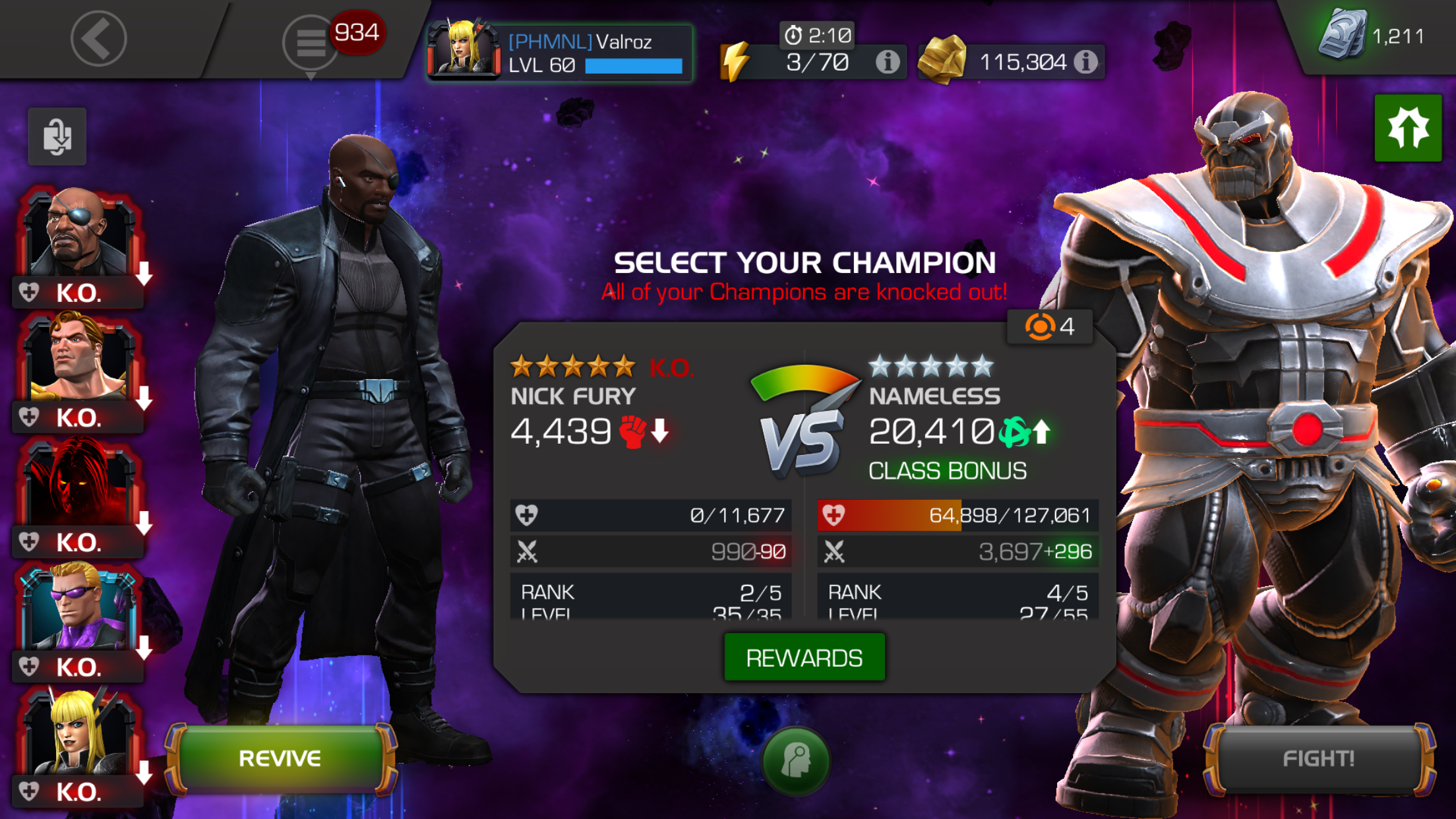