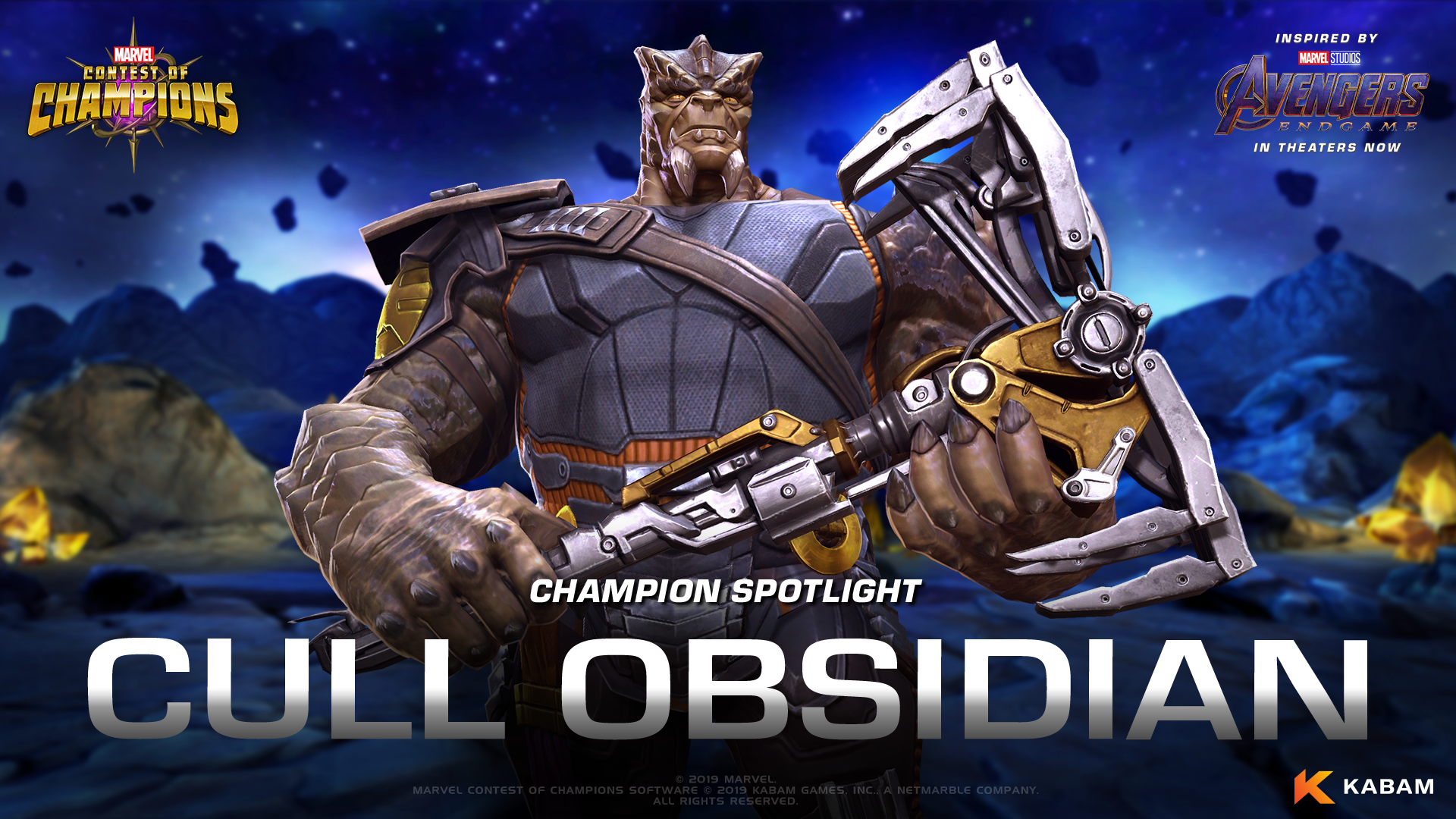 ABOUT CULL OBSIDIAN
A ferocious combatant like few others, Cull Obsidian is always seeking a truly challenging fight to impress his master, Thanos. Wielding his one-of-a-kind multi-weapon, Cull tears his opponent’s defenses apart and stops heroes in their tracks. Lord Thanos won’t be stopped so long as his imposing enforcer, Cull, stands by his side ready to strike down any opposition.


STRENGTHS
New Rout Buff to bypass Auto-Block Parry the “Un-Parry-able” Multiple Ways to Ramp Up Persistent Charge WEAKNESSES
Very Buff Reliant
MISSIONS FROM THANOS
Cull Obsidian has 3 Missions to complete, which may be done in any order. Each Mission can be completed multiple times and doing so grants 1 Persistent Charge. Developer Notes: Mission 3 means that Cull’s opponent must begin the fight with 95% or higher health, and Cull cannot lose his combo meter during the fight to gain the Persistent Charge. Also, these Missions may all be completed in the same fight, granting Cull 3 Persistent Charges.

WELL-TIMED BLOCKS Developer Notes: As a reminder, Parry Stun still won’t work on Special Attacks as Champions cannot be Stunned whilst they are in a Special Attack animation.

DASH BACK AND HOLD BLOCK FOR 1.2 SECONDS - Once Per Fight HEAVY ATTACKS SPECIAL ATTACKS
Cull Obsidian's overwhelming presence reduces the opponent's Armor Up Ability Accuracy by 100% during his Special Attacks. 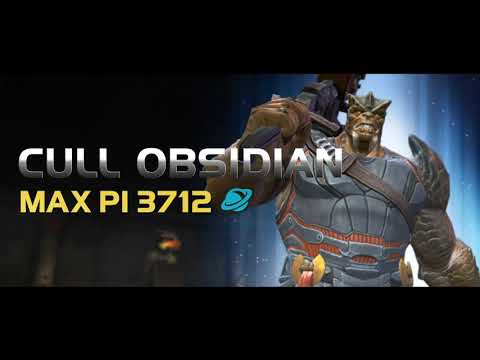