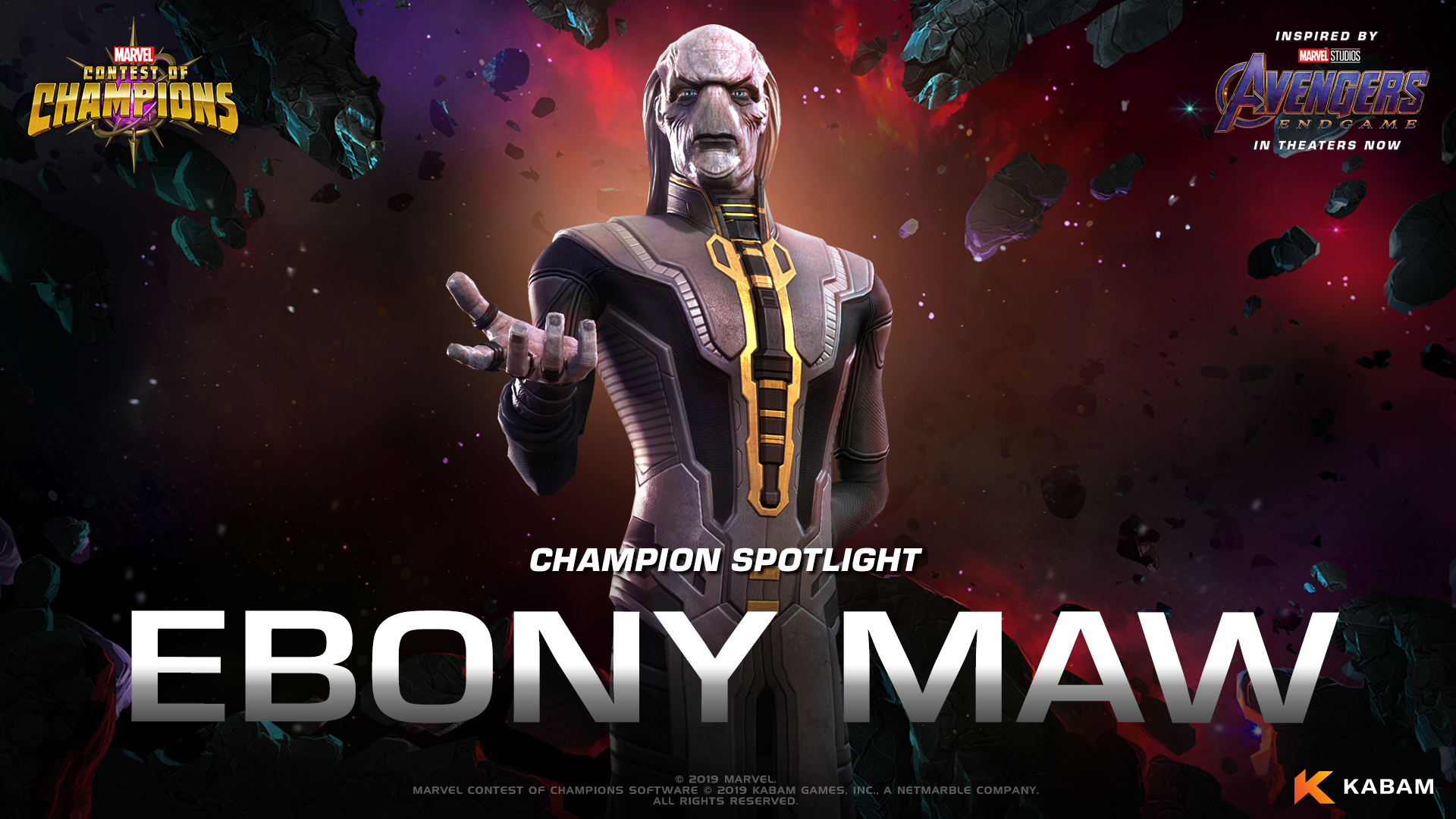 ABOUT EBONY MAW:
A master of manipulation and overall evil genius, Ebony Maw is Thanos’s most trusted lieutenant, never failing him even once. Focusing on his strong telekinetic abilities rather than raw physical strength, Ebony Maw curves and bends the environment around him with ease. Additionally, his superhumanly persuasive voice allows him to sway even the strongest minds.

STRENGTHS
Opponents that take awhile to ramp up Power Control Non-Contact Nullify Bypass Guaranteed Critical Hits WEAKNESSES
Champions with no Buffs
Long Reaching Heavy Attacks Champions who inflict non-damaging Debuffs Developer Notes: Ebony Maw is very dangerous when focused, continually breaking his focus is the best strategy to defeating him. Champions with long reaching heavy attacks combined with non-damaging debuffs on their heavy hit are great counters since they will not only break his focus, but double the time it takes for him to focus again.

Kit Abilities:
Deteriorations - Passive: Developer Notes: Reaching the maximum deterioration cap will allow Ebony Maw to completely 0 out all Fury Buffs on the opponent. This is extremely valuable against Champions who rely on Fury for their damage.

Missions from Thanos PASSIVES: HEAVY ATTACKS: PERSUASIVE VOICE: Developer Notes: When playing as Ebony Maw Falter can be useful to completely bypass chip damage or the Opponent’s special attacks if timed correctly. This is also a great opportunity to land Heavy Attacks and steal power since the opponent can’t immediately punish a heavy charge.

When playing against Ebony Maw, falters can be extremely dangerous since missing an attack opens a window for the ai to immediately punish. So paying attention to the amount of persuasion built and carefully and backing off at the right moments will be a life saver.

CULL OF THE MAW: Cull Obsidian