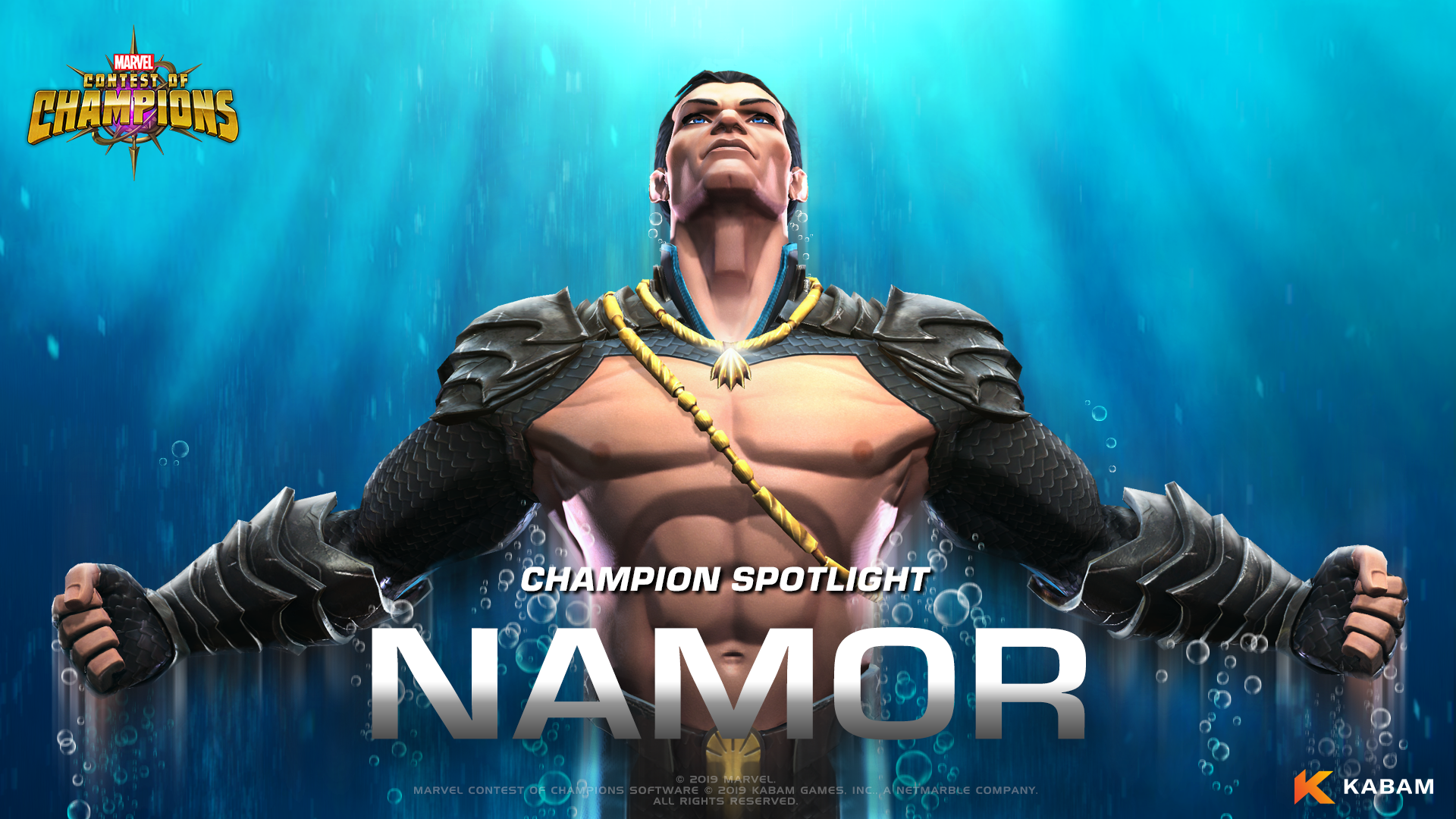 Abilities:
Medium Attacks: Outrage: Developer notes: Namor excels against Bleed and Stun Immune Champions. The faster he generates Outrage the quicker he can enter IMPERIUS REX and unleash all sorts of pain on his enemies.

IMPERIUS REX: Developer notes: To make activating Special attacks easier Namor has a 1 second window between when IMPERIUS REX is activated and when the Power Drain comes into effect. When activating IMPERIOUS REX by reaching 30 stacks of Outrage, try and set it up in a way where Namor is in the middle of a combo so he quickly rounds off that final 5% of a bar of Power before the drain starts up.

HEAVY ATTACKS: Developer notes: The Power from this ability is granted in the instant you release your finger from the screen and launch the Heavy Attack. The drain from IMPERIUS REX is constant so the window of time is tight, but with practice you can chain up to three Special 3’s in a row, each one granting a 300% Fury for 20 seconds.