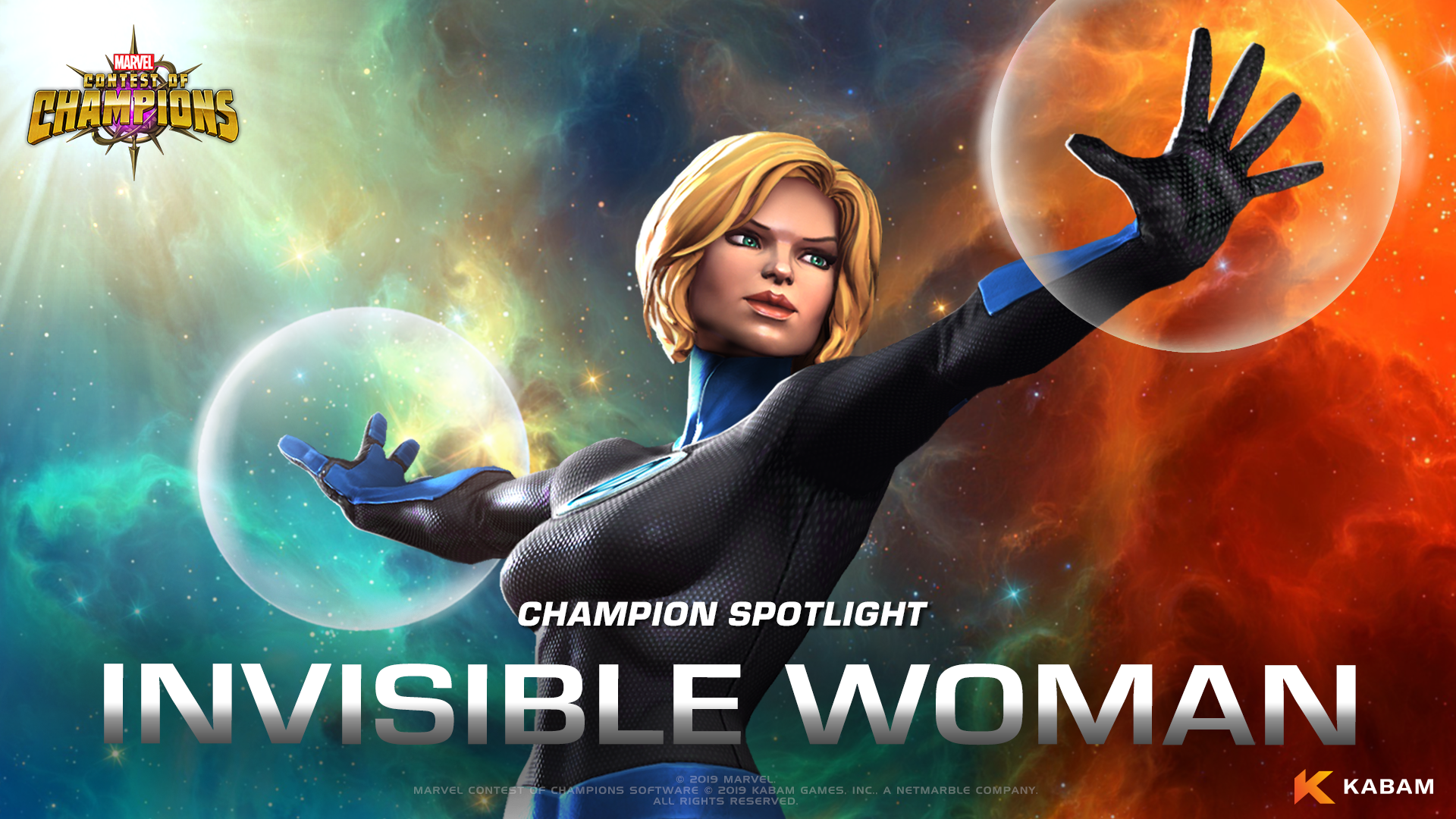 About Invisible Woman:
Susan "Sue" Storm-Richards became the "Invisible Woman" when she joined her brother and her husband on a spacecraft test flight. During the flight, their ship was bombarded by extreme levels of cosmic radiation, and after landing she found she had the ability to turn invisible and create force fields out of energy. Over time she learned to manipulate these force fields into constructs of any shape and size. Alongside the other members of the crew, she became one of the founding members of the Fantastic Four!

Abilities:
Passive: Developer notes: The first ability listed here allows Invisible Woman to avoid attacks in the same way as the Dexterity Mastery, but doing so won't grant her a Precision Buff.

The Best Defense… - Pre-Fight Ability: Developer notes: This ability can be used on any number of fights in a quest. It’s great for increasing Invisible Woman’s damage output, but at the cost of her Force Field’s strength.

Force Field - Passive: Developer notes: The Force Field is based on her maximum health at the start of the fight, so anything that would increase her max health will also increase the Force Field’s max strength.

If 90% of the damage she would take exceeds the amount of strength remaining in the Force Field, she takes the remaining damage.